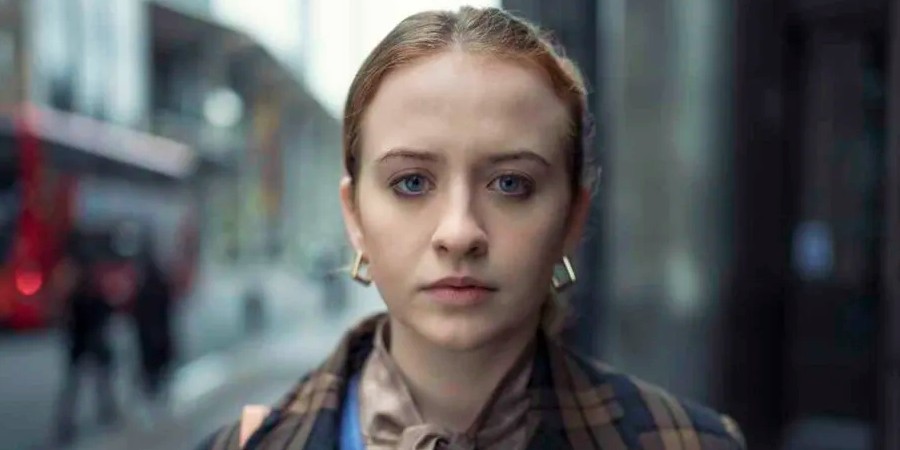 ‘Extraordinary’ is a British superhero comedy television series created by Emma Moran. It is set in a world where most of the population has some kind of superpower, some flashier than others. However, Jen, a young woman, struggles to fit in due to her lack of powers. Jen lives with her best friend, Carrie, and the latter’s boyfriend, Kash. The trio tackles the challenges of adulthood, albeit with a superpowered twist and loads of raunchy humor. The first season ends without answering some of the pressing questions about its characters while delivering a satisfying conclusion. If you are looking for a deep dive into the ending of ‘Extraordinary,’ here is everything you need to know! SPOILERS AHEAD!

The series follows Jen, a young woman without any superpowers. She struggles to get a job because she is powerless and feels left behind in life. After a disastrous job interview, Jen comes across a stray street cat. She adopts the cat and shelters it in her home. Meanwhile, Kash, Jen’s roommate, is planning to start his own vigilante group as he dreams of becoming a superhero. Elsewhere, Carrie, Jen’s best friend who is a seance, helps resolve legal issues concerning dead people. Later, Jen goes on a date with Gordon, a young man with the power to make anyone orgasm with his touch. However, things do not work out between the two. 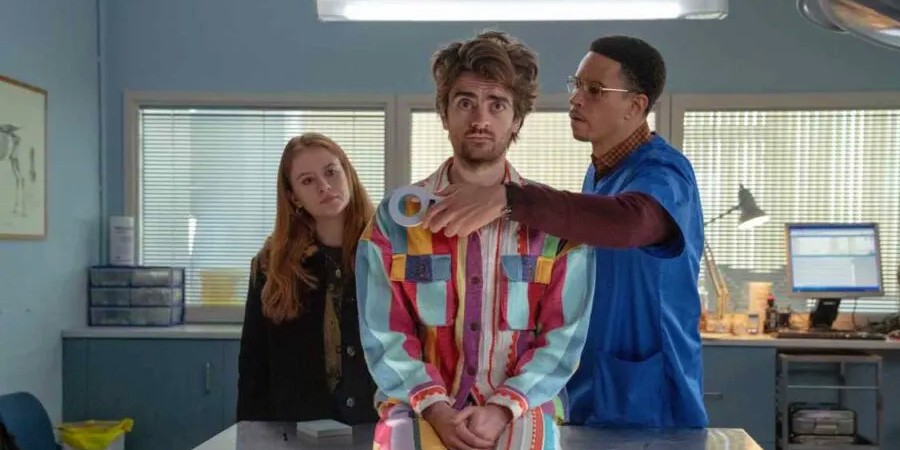 After Jen becomes with her failure to get a decent job, Carrie and Kash decide to help her find her power. However, the Clinic, which helps people discover their powers, is too expensive for Jen. Therefore, the trio tries home remedies. Simulatensoly, Jen’s younger sister, Andy, turns eighteen, and her power is revealed to be super strength. Eventually, Jen, Carrie, and Kash discover that the cat they adopted is actually a man with shape-shifting powers.

The trio learns that the man dubbed “Jizzlord” transformed into a cat when his powers manifested. However, he has no recollection of his past life. Nonetheless, Jen decides to help Jizzlord figure out his past and assimilate into ordinary human life. Later, Jen and Jizzlord discover that the latter was a cat David owned him. However, David has recently passed away. Meanwhile, Jen fights with Carrie, and Kash recruits superpowered people for his vigilante group. However, the vigilante group becomes an online joke after failing to stop a street fight. As a result, Kash becomes depressed.

Jen tries to woo Luke, a handsome playboy with the power of flight. Carrie encourages Kash to reboot the group, and he gives it a try. However, Kash’s focus on the vigilante group strains his relationship with Carrie. She feels lonely and seeks Gordon’s help to take care of her sexual needs. Carrie’s encouraging words give Gordon the idea to use his powers to help others. Eventually, Carrie and Jen resolve their differences and resume their relationship. Jen and Jizzlord partake in a cat contest to raise money for Jen to attend the Clinic. However, the competition leads to Jen and Jizzlord kissing.

Extraordinary Ending: Does Jen Get Her Power? Does She Go to the Clinic?

The series focuses on Jen’s struggle to discover her power. She feels like an outcast in a society full of people with special powers. Jen believes her lack of powers is holding her back and stopping her from better job opportunities. Throughout the first season, Jen searches for her power but to no avail. She tries to sign up for the Clinic but does not have enough money for the program. In the season finale, Jen realizes that she has feelings for Jizzlord. However, she struggles to accept his importance in her life at first. Similarly, Jen has an estranged relationship with her mother while her father has passed away. She fails to recognize that her mother wishes to be there for her. 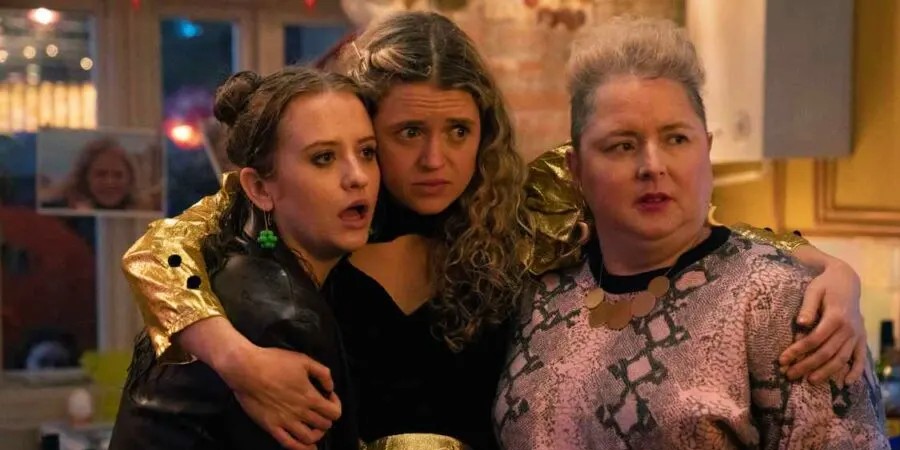 Eventually, Jen comes to self-realization and makes amends to her mother. While her mother offers to pay for her treatment at the Clinic, he does not have enough money. At last, Gordon decides to help Jen with the payment. He explains that Jen inspired him to use his powers to benefit others. Therefore, the season ends without Jen discovering her power. However, she receives hope after securing the money to attend the Clinic. Nonetheless, Jen’s self-realization is a power in itself that sets her apart from everyone, inspires others, and extends unparalleled kindness. However, Jen’s personality might only hint at her actual power, and the season ends with Jen taking the first step to its discovery.

Where Did Jizzlord Come From?

Jizzlord’s past is one of the major mysteries of the first season. Introduced to Jen, Carrie, and Kash, as a stray cat, Jizzlord is actually a shape-shifting human who has spent the last three years of his life as a cat. As the narrative progresses, viewers learn about his life as a stray cat before he was adopted by David and became the popular cat, Hercule. However, the season ends without revealing any major details about his human life. Important information, such as Jizzlord’s real name and family background, remains a mystery until the very last moments. 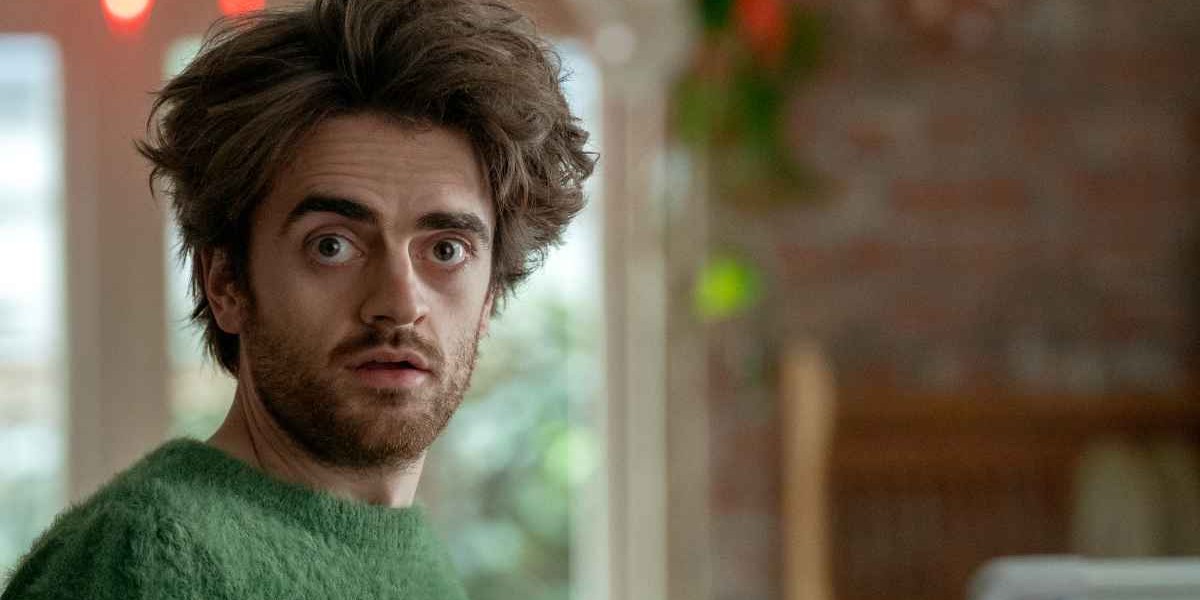 Ultimately, it seems like Jizzlord is making a fresh start by forging a romantic relationship with Jen. Jizzlord and Jen’s relationship starts off with the former heading out to buy some groceries. However, in a mid-credits scene, viewers see Jizzlord at a supermarket, where a young girl exclaims that he resembles her dad. The scene cuts to the credits before we can learn more, but it implies that Jizzlord had a family before becoming a cat. Thus, Jizzlord’s mysterious past will drastically affect his present with Jen and their romantic future. If the young girl and woman in the mid-credits are indeed Jizzlord’s daughter and wife, they might be able to explain more about his life before becoming a cat.

Does Carrie Break Up With Kash?

Carrie and Kash start off as a stable couple. However, it becomes evident that Kash is a mooch who relies on Carrie for his financial and emotional needs. However, Kash tries to prove himself by starting a vigilante group and becoming a full-fledged public hero. After experiencing failure, Kash makes another attempt to kickstart his vigilante career by busting a drug smuggling operation. However, his dedication to the new job creates a rift between him and Carrie. Eventually, Carrie realizes that she does not want to be with Kash. 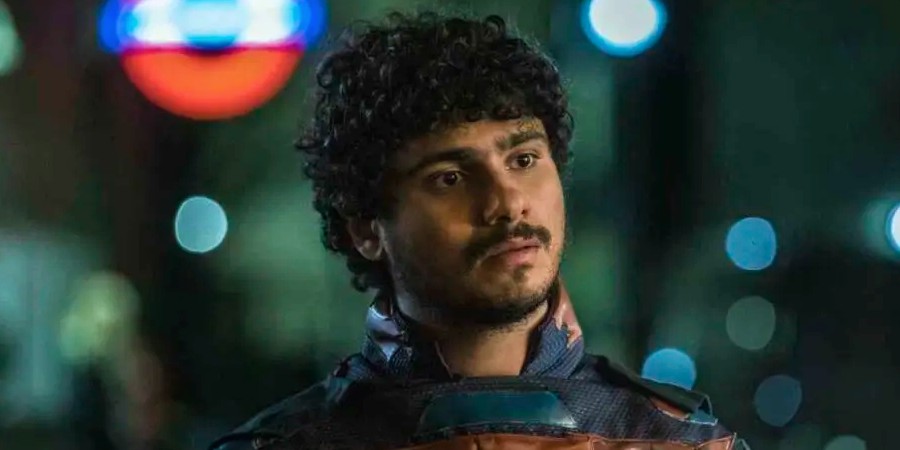 In the finale, Kash throws a party to please Carrie. However, she discovers that Kash is using his power to rewind time and stop her from breaking up with him. Nonetheless, Kash runs out of energy and can no longer delay the conversation. In the end, Carrie breaks up with Kash. The heartbreaking moment underlines that having superpowers does not spare one life’s emotional scars. Despite his best efforts, it is too little too late for Kash, as he fails to salvage his relationship with Carrie. Nonetheless, the door remains open for them to be friends down the road.