I Know What You Did Last Summer Episode 5 Recap and Ending, Explained

‘I Know What You Did Last Summer’ is a mystery series with slasher elements. As a result, fans expect some gory kills and bloodshed. However, the fifth episode proves that the series can craft a compelling narrative without actually killing anyone. The intricately woven character dynamics come out to play in the fifth episode as the police turn the dial up on the investigation of the recent slew of murders on the island.

Meanwhile, Alison and her friends carry out their own investigation after Dylan seems assured he knows who the killer is. Is Dylan right? Or are there more secrets lurking in the dark corners of the town? Here are some insights about the ending of ‘I Know What You Did Last Summer’ episode 5 that should provide you with the answers. SPOILERS AHEAD!

I Know What You Did Last Summer Episode 5 Recap

‘I Know What You Did Last Summer’ episode 5 is called ‘Mukbang.’ It opens with the townsfolk having a meeting to discuss the killings in the town. Most people seem to think that the killings are somehow related to the cult. Dylan runs into Clara at the cave where the group hid Lennon’s dead body. She warns him that there’s no redemption for him while revealing that she’s seen him there before. Alison tries to log into Lennon’s OnlyFans account to find out who Fred Phillips is. 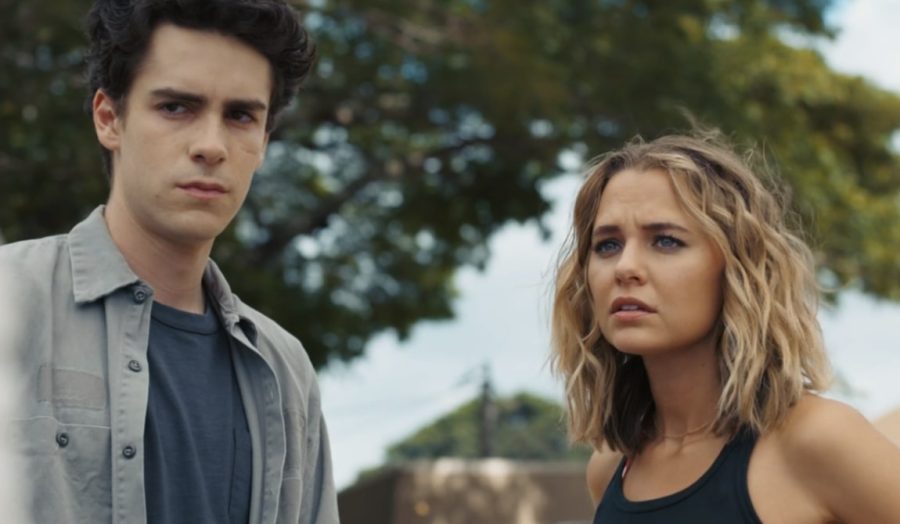 Riley and Margot discuss their upcoming police interview and suspect that Alison (who they believe is Lennon) is hiding something and therefore acting strange. During their police interrogation, the friends find out that Lennon had an OnlyFans account in Alison’s name. The account was used to pay Dale, who was a monthly subscriber. The friends stick to their stories and do not divulge the details of the texts they have been receiving.

After their interrogation, Dylan reveals that he suspects that Clara, a local woman and a relative outsider within the close-knit community, is the killer. He proposes searching her place while the police interrogate Clara. Behind her home, they discover the destroyed houses of the cult members.

Lyla learns that the spiders found in Johnny’s severed head aren’t native to Hawaii and are mainly found in the Arctic. At the cult’s compound, Alison discovers some pictures that reveal Bruce was once married to Clara. Clara returns home, and the teenagers narrowly escape. Back at home, Alison lashes out at Bruce and spends the night at Margot’s. The episode ends with a shot of a bloody machete by Clara’s home while a woman’s breathing can be heard.

I Know What You Did Last Summer Episode 5 Ending: What Happens to Clara? Is She the Killer?

As the episode progresses, Dylan’s suspicion that Clara is the killer starts to make sense. Firstly, she saw the group by the cave when they dropped off Lennon’s dead body. Secondly, she drives a black pickup truck — the same kind that has been following Alison for a while. She was also present at the funeral but was nowhere to be seen when the bodies of Harold and Doug were found. On top of everything, she herself confirmed that she was in possession of Lennon’s dead body and is also a part of the cult that the town’s people believe is behind the murders. However, Dylan and his friends fail to find any evidence that will prove Clara guilty.

By the episode’s end, it becomes evident that Clara is not the killer. In a scene where the teenagers enter the premises of Clara’s home, there is a machete placed on a log of wood outside. When Dylan distracts Clara so that Alison can escape to safety, we see a mysterious figure pick that machete up. In the closing moments of the episode, we see this machete again, now blood sullen. A woman’s gasps can be heard, and it sounds like someone has slit her throat. Therefore, it is possible that the serial killer has made Clara their next prey.

What Is Bruce Hiding?

Throughout the episode, we receive flashbacks of the graduation party that provide some clarification about what happened to Lennon after her massive argument with her twin sister. As it turns out, Lennon sought out Bruce, and they were driving back home. She threatened to reveal a secret that Alison is unaware of, claiming that it is ruining her life. Bruce insists that doing so will only hurt Alison. Lennon curses at her father and gets out of the car. An angry Bruce leaves Lennon stranded on the side of the road, where she eventually gets hit by her own car with her sister behind the wheel.

However, the reveal of a secret hidden from Alison is shocking, to say the least. Since their mother was the focal point of the argument between the twins, it is likely that whatever Bruce is hiding has something to do with Alison and Lennon’s mother. We also learn that Bruce was married to Clara once upon a time. However, that cannot be the same thing that Lennon was aware of and helped Bruce hide from her sister. The truth is likely far more devastating and will come out sooner or later.

Read More: Is I Know What You Did Last Summer Based on a True Story?