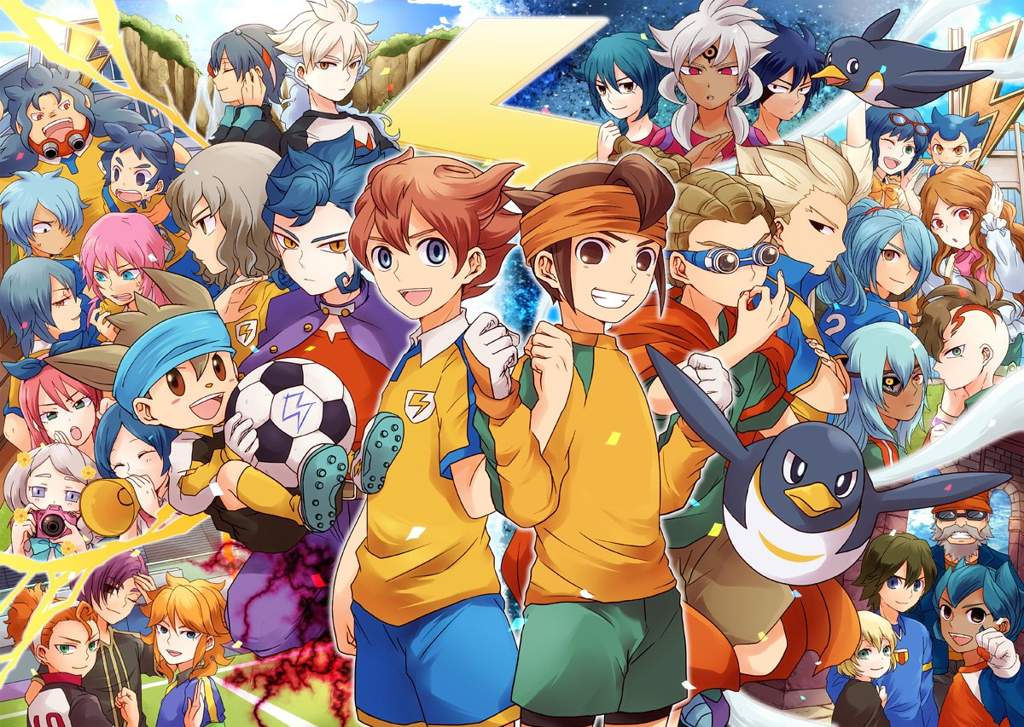 Unlike most other shounen out there, ‘Inazuma Eleven’ is a game adaptation and that is its biggest advantage. Most shounen anime have to stretch their runtime with unnecessary fillers just to make sure that the manga is able to catch up. But in the case of ‘Inazuma Eleven,’ all the necessary content is already out there, so its story never really breaks off abruptly. There’s not even one episode in its entire runtime that you would label as pointless or boring. Another great thing about it is the characters who all get an equal share of screentime.

Now the way the anime depicts the sport is a bit too flashy and it has nothing special for someone who’s actually into soccer. But the crazy special moves and power-ups make it a lot more interesting. It also has a lot of heart with respect to the game and that’s all that matters in a sports anime. Not to mention, it has some of the greatest opening theme songs. Overall, ‘Inazuma Eleven’ is a great series if you’re looking for some good quality modern shounen shows, and it will certainly not disappoint you.

Inazuma Eleven Season 5 Release Date: When will it premiere?

The watch order of the series can get a little complicated but just try watching the alternate version after the parent series and you’ll be good. Regarding Season 5 of the parent series, as of now, there isn’t much we can say about it since the focus of the creators is entirely on the alternate series. Also, since it’s a game adaptation, instead of getting a whole new season, the ‘Inazuma Eleven’ franchise might get an entirely new alternate season. It seems very less likely that the main series will ever return with a new season as it had a very conclusive ending, but there could be a lot more to it in its alternate setup.

Considering the anime’s previous release schedule, we can expect confirmations for a new season soon after the end of ‘Orion no Kokuin’. But if the creators don’t have anything planned for the near future, fans might have to wait for a long time for its renewal. It’s hard to predict the future of an anime like this one, but as soon as we get any updates regarding ‘Inazuma Eleven’ Season 5, we will update it here.

The English Dub of ‘Inazuma Eleven’ is available on Netflix and Amazon Prime.

‘Inazuma Eleven’ revolves around the soccer team of Raimon Middle School, which is far from being a worthy competitor for the title of the best soccer team in the country. When the team almost gets entirely disbanded, the goalkeeper and the captain of the team, Mamoru Endou, takes it upon himself to bring his team back into shape. But realizing that he’ll need more help and support to do this, he starts looking for more players. This is when he runs into Shuuya Gouenji, a very talented young player who has given up on the sport. But Mamoru does not let him go so easily and with a whole lot of determination, he sets out to revive the legendary “Inazuma Eleven”.

Mamoru is the captain of the Raimon Middle School soccer team. He initially starts off as a goalkeeper but also plays as a defender later. He never gives up and is always able to motivate all of his team members. Even during the most difficult situations, he makes sure that his teammates are in the best mental state. He also shows a lot of respect for his grandfather, Daisuke, who was also a great goalkeeper back in his day.

Shuuya, who initially vows to give up on the sport, later joins the team as a striker. He has always been passionate about soccer and remains cool during all of his matches. He also has a sister whom he deeply cares for and she is the reason why he decided to quit soccer for a while. His character later goes through a drastic transformation but he still remains serious when it comes to his commitment towards soccer.