Instant Dream Home: Where Are The Families Now?

Hosted by Danielle Brooks, Netflix’s ‘Instant Dream Home‘ brings every desirable element of a renovation series in a single show. The talented team of Adair Curtis, Erik Curtis, Nick Cutsumpas, and Paige Mobley take up the seemingly impossible task of transforming residential properties within 12 hours. Interestingly, the families whose houses are getting flipped generally do not have any idea about how their life is soon going to turn around. Most families in the reality show‘s first season leave their houses under the supervision of a person secretly working with the show’s crew.

While the accomplices try to keep the homeowners occupied for 12 hours, the renovators try their best to make their dream homes a reality. The people featured in the show have generally given a lot to the community, and the cast and crew feel that this might be the best way to honor their sacrifices. With season 1 being over, fans are curious to know what the homeowners are up to these days. Well, we are here to answer the same!

Where Is The Buitekant Family Now?

During their time on the show, mother Beth-Anne Buitekant and daughter Ruby-Beth Buitekant were surprised by the team of ‘Instant Dream Home’ thanks to the submission made by Taylor, the latter’s husband. In season 1, Ruby-Beth was expecting her first child, whose room was a special point of attention during the renovation process. The couple’s beautiful baby boy was born on October 6, 2021, and named Lazuli Jaq Buitechamp. As of writing, the new mother seems happy working as Associate Director of Movement Partnerships at Movement Law Lab. She also updates her followers regarding the events in her life.

Where Is The Holmes Family Now?

The Holmes family from Atlanta, Georgia, comprises Anaré V. Holmes and his mother, Shirley. They were suggested to the showmakers by Anaré’s boyfriend, Andre “Dre” Davis, who lives in the same house as the mother and son. Apparently, the former is the only person in his family to have ever owned a home; Anaré’s father started the process of building and renovating the property. However, he sadly passed away before everything could be completed.

Anaré works in different roles as a firefighter/EMT, a writer, an LGBTQ+ activist, and a cultural competency trainer. Moreover, he is the winner of the Ida B. Wells Best News Story Award and is an Excellence in Trauma Care Honoree at the Georgia Office of EMS. As a part of his quest to share underappreciated stories about people that have helped build American life, Anaré has worked with CNN, BET News, and local PBS affiliates. The firefighter took to social media to thank his boyfriend and the ‘Instant Dream Home’ team for transforming his house.

Where Is The Brooks Family Now?

Alfred “Shivy” Brooks, the patriarch of the family of four, is using his respectable social media following to promote social issues he is passionate about. He is an Economics Teacher at Clayton County Public School and creates entertaining content for his followers. In 2021, Shivy ran for the Atlanta City Council to represent At-large Post 1 but lost the general elections. Shivy also has his clothing line called Blacmail By Alfred’s Laundry, which sells apparel with different slogans, mostly about social and political issues.

Furthermore, a portion of the brand’s sales goes to organizations like Everytown for Gun Safety. On the other hand, Crystal Brooks, Shivy’s wife and the family matriarch is currently employed as a Senior Application Analyst at Northside Hospital in Atlanta, Georgia. Not just that, Shivy manages an Instagram page for his youngest son Christian Brooks. The family of four is certainly thriving, and we wish them the best for their future.

Where Is The Flowers Family Now?

The story of single mother Lisa Flowers and her three children certainly captured the attention of the viewers of ‘Instant Dream Home.’ Interestingly enough, Lisa herself works hard to transform the homes of senior citizens and veterans into comfortable living spaces. She is the director of Executive Director of HouseProud Atlanta, a non-profit organization that aids with the housing needs of those who cannot sustain themselves.

Lisa’s even made an appearance on ‘The Kelly Clarkson Show’ to explain the purpose of her organization in a bit more detail. Undoubtedly, the fact that she got the renovation she had dreamt of for a long time can be attributed to her goodwill. Lisa continues to passionately do the work she has always done, making her an invaluable community member. The single mother’s caring nature prompted her friend Lori to nominate her for the Netflix show.

Where Is The Respres Family Now?

The beautiful Respres include father Lorigan, mother Vernicia, daughter Sydney, and son Christian. Each family member has a creative side that one cannot help but be impressed by. Vernicia is a talented artist who serves as the CEO of Brushed Studios, which was re-opened on June 19, 2021, following the Covid-19 pandemic. Apart from featuring on-screen as a cast member, she served as the Artist & Community Leader for season 1 of ‘Instant Dream Home.’

On her company’s website, Vernicia also shares DIY videos for her followers; she had her first solo art show on July 2, 2022, which received a lot of praise. Her family certainly supports her ventures, with daughter Syndey helping out whenever possible. The matriarch expressed happiness with being a part of the Netflix renovation series. We wish them all the best in their lives and hope their future brings them immense joy.

Where Is The Ballauf Family Now? 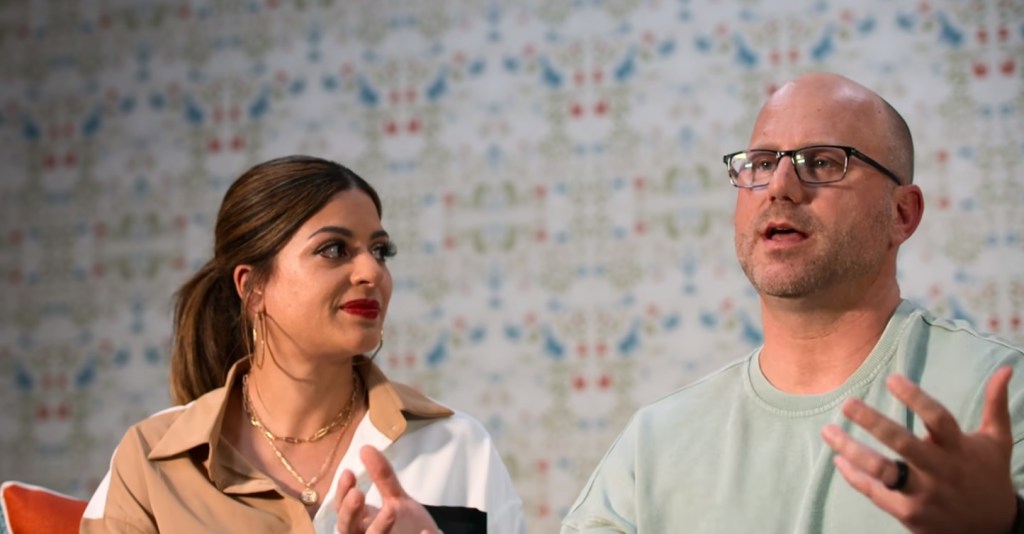 The case of the Ballauf family in season 1 of ‘Instant Dream Home’ was quite different from others. Unlike most families featured in the season, they were not living in the house renovated by the show’s team. Tamesis Cruz-Ballauf and Scott Ballauf, AKA Tami Free and Scott Free have a son named Ezekiel, with whom they wanted to live in their dream home. The property was bought by the couple almost four years before the events in the series take place. However, due to a shady contractor, the construction of their new house was left in the dust.

Along with their son Ezekiel, the family seems to have a happy life. As of writing, Tami and Scott are Pastors at the Crossover Church, Atlanta, and lead the City Takers Movement, which aims to support urban missionaries who like to help the community through hip-hop, love, and religion. Scott is the founding member of the One Race Movement, which aims to support grassroots movements that revolve around social causes. In addition, the couple was a part of the speaker panel at The Mosaix National Conference in August 2022.