Is A Night at the Kindergarten Based On a True Story?

‘A Night at the Kindergarten’ (originally titled ‘Noc W Przedszkolu’) is a Polish comedy movie that details the problems faced by parents daily. Helmed by Rafal Skalski, the Netflix movie revolves around Eryk’s efforts not to let his girlfriend’s kid, Tytus, get thrown out of preschool. He does not usually like kids, yet he does not want his girlfriend to perceive him as irresponsible. Hence, Eryk goes through tremendous toils to keep Tytus in school.

Starring Piotr Witkowski, Zbigniew Zamachowski, and Lena Gora in central roles, the movie follows various parents with unique problems. It does a great job of highlighting those issues and letting parents come to terms with them. Nobody is perfect, and to be good parents, many people often forget that they were kids once too. Such authentic themes make us wonder how true the plot of ‘A Night at the Kindergarten’ is. So, let’s discuss the same at length.

Is A Night at the Kindergarten a True Story?

No, ‘A Night at the Kindergarten’ is not based on a true story. Scripted by Marek Baranowski, the movie’s premise primarily focuses on Eryk and his strife to keep Tytus in school. He worries that his girlfriend, Dorota, might leave him if her child gets expelled from school on his watch. Eryk tries to convince everyone on the committee and speaks to their inner child. The basic essence of the movie lies in the perspective of parents, whose struggles and obstacles are put at the center. 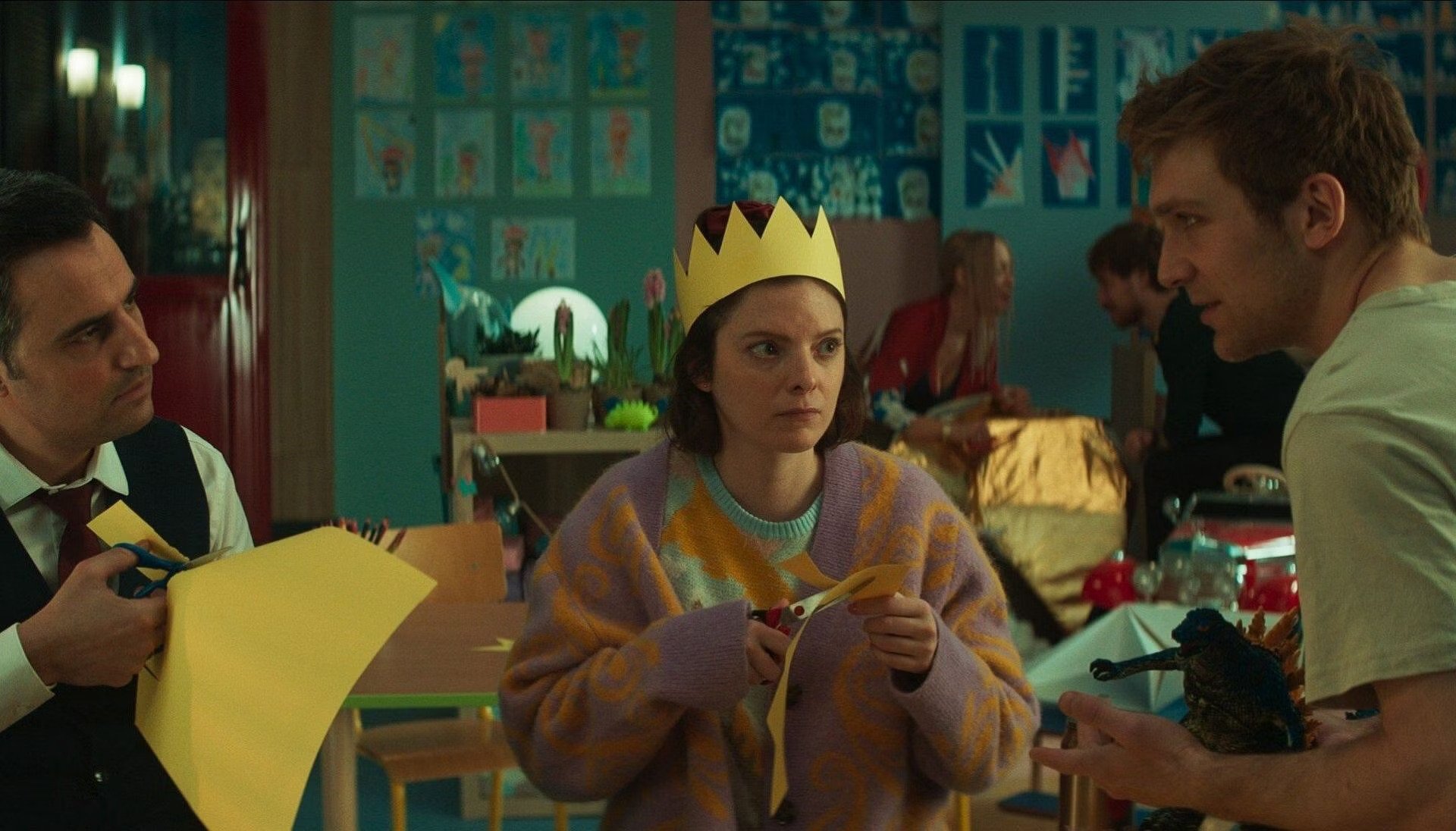 Every parent shares the problems they have faced with their children. By doing so, they find solidarity amongst themselves as someone else also feels the same and lends an ear to their deepest, darkest thoughts. Moreover, even the tiniest action or event can set children off or alter their views. They are very impressionable at a young age, and parents must be extra careful while dealing with them. A few instances of this are found in Hamza’s indifference towards his kids and Justyna’s pressure on Kinga to be strong against all adversity.

Hamza’s twins are affected severely by his ignorance, and they cry in school regularly. Justyna pushed Kinga so far that she became scared of her own mother. Such a realistic portrayal of parent-child relationships further the question of the movie’s originality. The movie’s writer has intricately weaved various facets of relationships and parenthood into the narrative. Eryk’s growth as a person shows the thought put into making the film seem authentic. He is careless and unreliable in the beginning but ends up becoming a caretaker for Tytus. Their relationship heals with time.

In one aspect, Eryk also possibly sees himself in Tytus; both are a bit reckless in their ways. They take time to understand other people’s feelings while navigating through their own. Justyna coming to terms with her behavior also paints a good picture of how a parent should change their ways if something affects their kids negatively. Some children are afraid of their parents, and in turn, this makes them less prone to sharing their true feelings with their parents. Both kids and parents need to be on the same page for their relationship to work and be successful.

Moreover, the parents in the movie present a morally polarised view. They only think about their kids and their problems without showing a little empathy for other troubled kids. When voting for Tytus’s future at school, all the parents save their children from a naughty kid and vote him out. Not even once do they think of Tytus’s troubles and the perspective behind his actions. Hence, this sequence of events shows the value of empathy in one’s way of parenting.

In a nutshell, although the movie is not based on an actual event, it shows a clear reflection of different parents and their relationship with their kids. ‘A Night at the Kindergarten’ sheds light on parenting hardships and concerns that spark out of their ignorance. If a parent focuses adequately on their kids’ crises, they can collectively navigate through them.

Read More: A Night At The Kindergarten Ending, Explained: Does Tytus Get Expelled?