Is AK vs AK a True Story? 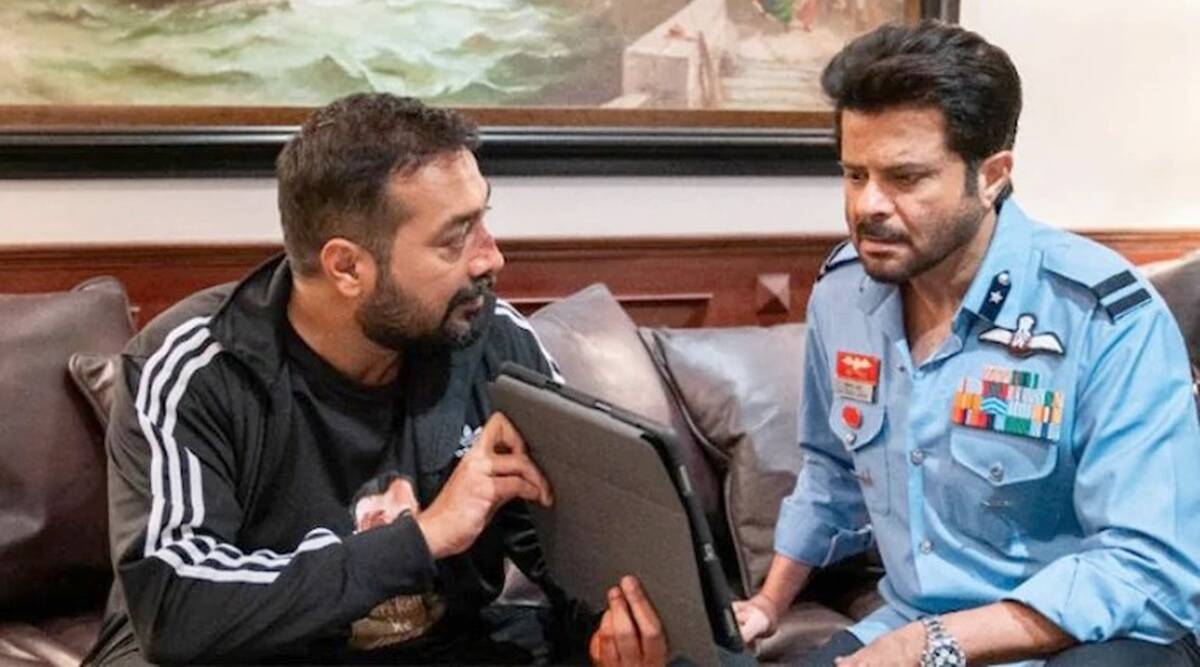 With his 5th directorial venture, ‘AK vs AK,’ Vikramaditya Motwane (‘Bhavesh Joshi’) breaks several conventional filmmaking barriers. The movie stars Anil Kapoor and Anurag Kashyap and revolves around the two Bollywood heavyweights’ apparent enmity. Kashyap has harbored resentment towards the veteran actor since he refused to star in his early 2000s project ‘Allwyn Kalicharan.’ Since then, a lot has changed in the industry. Kapoor seems to be at the tail end of his career, while Kashyap is regarded as one of the current generation’s best filmmakers. During an interview, the two of them end up having a public spat. Kashyap subsequently discovers that the entire industry is shunning him.

Desperate to regain his position in the film fraternity, Kashyap comes up with a dangerous plan with the help of his assistant, Yogita Bihani. He goes to Kapoor and tells him that he has kidnapped his daughter Sonam. Initially skeptical, Kapoor quickly realizes that his daughter is indeed missing and begins frantically searching for her. The film’s documentary-style camerawork and use of its stars’ real identities must have made you wonder whether it is based on real-life events. Here is what we know about it.

Is AK vs AK Based on a True Story?

No, ‘AK vs AK’ is not based on a true story. Anurag Kashyap and Anil Kapoor did not have a public feud during an interview, and it definitely did not lead to the former kidnapping the latter’s daughter. The film is based on a story by Avinash Sampath, which Motwane then turned into a script. Kashyap provided the dialogues. Cinematographer Swapnil Sonawane and his crew shot the film in the mockumentary style to give it a quasi-realistic look.

The promotional campaign for the film started via a mock Twitter feud between the two stars. It quickly produced the desired result. While many netizens wondered why the two were fighting and some even took sides, a few of them correctly deduced that they were likely promoting an upcoming project.

The only reason why I’m crying is because I agreed to do this film with you. But don’t worry, I’m going to have the last laugh. #gameon https://t.co/aikOJvjkRE

The Idea of a fictional enmity between Kashyap and Kapoor works because, in real life, these two individuals represent opposite sides of Bollywood. Kapoor is a member of arguably the greatest entertainment family in India, while Kashyap is the very embodiment of a rebellious upstart. The dichotomy between these two towering personalities serves as the main source of entertainment in the film.

Several other members of the Kapoor household, including Anil’s brother Boney Kapoor and son Harshvardhan Kapoor, appear as themselves in the movie. We also hear Nawazuddin Siddiqui’s voice when Kashyap speaks to him on the phone. ‘AK vs AK’ makes numerous pop-cultural references but shies away from addressing some of the glaring issues in Bollywood today.

A film like ‘AK vs AK’ has never been made in India, although Shah Rukh Khan’s 2016 outing ‘Fan’ is quite meta. Satyajit Ray’s ‘Nayak’ (1966), in which Bengali megastar Uttam Kumar plays a fictional version of himself, can be considered a spiritual predecessor of ‘AK vs AK.’ However, the somber drama that Ray made has a vastly different tone from the thrilling sensationalism of Motwane’s work.