Is Ana de Armas in Glass Onion Knives Out 2? 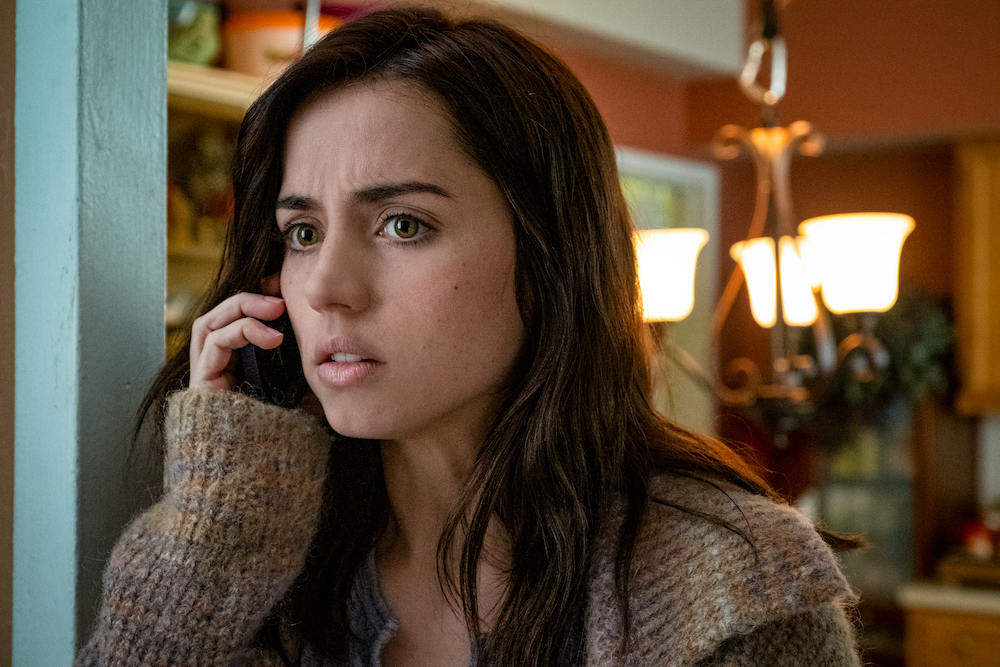 Netflix’s ‘Glass Onion: A Knives Out Mystery’ brings back Benoit Blanc, who has another murder to solve, this time on a Greek island. Much like the first case, this mystery is layered with the backstories and intentions of all characters coming into focus to reveal the truth about the events that lead up to the murder. With Daniel Craig returning to play the brilliant detective, the film also repeats the trend of an all-star ensemble that boasts names like Edward Norton, Janelle Monáe, and Kathryn Hahn, among others. If this makes you wonder whether someone from the previous film, like the protagonist Marta Cabrera played by Ana de Armas, will be returning for the sequel, then here’s what you need to know.

No, Ana De Armas is not returning for Rian Johnson’s ‘Knives Out’ sequel. The decision to make the second film without anyone, but Daniel Craig, reprising their roles from the first film was made just when the second film was greenlit. In talking to Variety, Johnson revealed that the new film was going to be very different from the first one. “It’s not really a Knives Out sequel,” the director said. It is to be considered as a continuation of the adventures of Craig’s Benoit Blanc, which means that he will have a completely new mystery to tackle, making Blanc follow in the footsteps of detectives like Sherlock Holmes and Miss Marple. A new story means new characters, and Johnson said that “all bets are off” with the new cast.

While it would have been great to see de Armas don the role of Marta again, she would not have fit into the setting of the sequel. Despite being in the same universe, the two films are very different from each other. To bring Marta into it would require a very strong plot twist, one that doesn’t feel forced. Otherwise, it wouldn’t do justice to her character. As for de Armas, she’d hoped to return to Blanc’s world. “I hope this is one of those surprises that 2021 will bring for me, a phone call from Rian!” she told Flaunt. However, she wouldn’t have agreed to be a part of the film if it didn’t give Marta a proper space and necessary character development.

De Armas is so dedicated to not taking any roles that might stereotype her that, at first, she didn’t want to do ‘Knives Out’. When she was first called for auditioning for Marta, she only received “Latina, caretaker, pretty” as the character description. “I really pay attention to what that little description is. I’m sure whoever did it wasn’t thinking about what that meant but for me, I was just like, ‘Oh no, I’m not doing this!’ What do you mean—caretaker, Latina, pretty?” she said. It was only after she got to read the entire script that she was convinced that Marta was much more than those three words.

Calling her character “a diamond” and the screenplay “incredible”, de Armas said, “When they sent the whole script and I read the whole thing I realized ‘oh my gosh I have to do this.” With her keenness to not play roles that don’t have enough meat on them, it is unlikely that de Armas would have appeared in ‘Glass Onion’ if it wasn’t something she thought was worth it. With all this in mind, it was a smart decision to not bring Marta to the sequel and ruin the character development she’d received in the first film.