Was Marilyn Monroe Mexican? What is Ana de Armas’ Ethnicity?

Netflix’s period film ‘Blonde’ offers a fictionalized account of legendary Hollywood icon Marilyn Monroe’s life, following her troubled childhood with her mother Gladys Pearl Baker, her relationships and marriages, and the struggles she faces emotionally and physically to build a career in Hollywood. Andrew Dominik’s creation is also a new and significant addition to the works that revolve around the actress and it has succeeded in making the viewers dive into the lesser-known facts, speculations, and rumors about her life. One detail that is guaranteed to stun the viewers is the ambiguity that revolves around the actress’ ethnicity. Wasn’t the American icon American? Let’s find out!

Even though Marilyn Monroe was considered a “California girl” during and after her emergence as a Hollywood star, the actress did have Mexican roots. Her mother Gladys Pearl Baker was born in Piedras Negras (formerly known as Porfirio Diaz), Mexico, to American parents Otis and Della Monroe. At the time, Otis was employed by the Pacific Electric Railway. After Gladys’ birth, the Monroe family moved to Los Angeles, California. Monroe was born to Gladys and, as per DNA test results, Charles Stanley Gifford, who was reportedly born in Newport, Rhode Island.

When Monroe was trying to find her footing in Hollywood, her Mexican roots were quietly suppressed. At the time, Hollywood didn’t show any mercy towards performers who weren’t Anglo-Americans. To avoid discrimination, Margarita Carmen Cansino and Raquel Tejada had to become Rita Hayworth and Raquel Welch respectively. Monroe seemingly had to follow the same path and hide her partial Mexican origin and the identity of her birthname Norma Jeane Mortenson.

However, Monroe had traveled to Mexico several times. As per J. Randy Taraborrelli’s ‘The Secret Life of Marilyn Monroe,’ a particular trip was arranged by Frank Sinatra with the help of former Mexican president Miguel Aleman. She reportedly became a frequent visitor of Ciudad Juarez, Mexico City, Acapulco, and Baja California in Mexico. The actress was also a big admirer of Mexican furnishings with which she decorated her house. In one of the renowned photographs of Monroe, taken not long before her death in August 1962, she wears a Mexican sweater.

What is Ana de Armas’ Ethnicity?

Ana de Armas, who plays Marilyn Monroe in ‘Blonde,’ was born in Havana, Cuba, and raised in the city of Santa Cruz del Norte. Her maternal grandparents were emigrants from Spain to Cuba. “I’m very proud of being Cuban and being Latina and I will play the most Latina any Latina has ever played Latina,” Armas told Flaunt about her ethnicity. Since her maternal grandparents were Spanish, she had a dual passport, which helped her move to Madrid, Spain, to pursue acting as a career. In 2014, she moved to Los Angeles, California, to build a career in Hollywood. 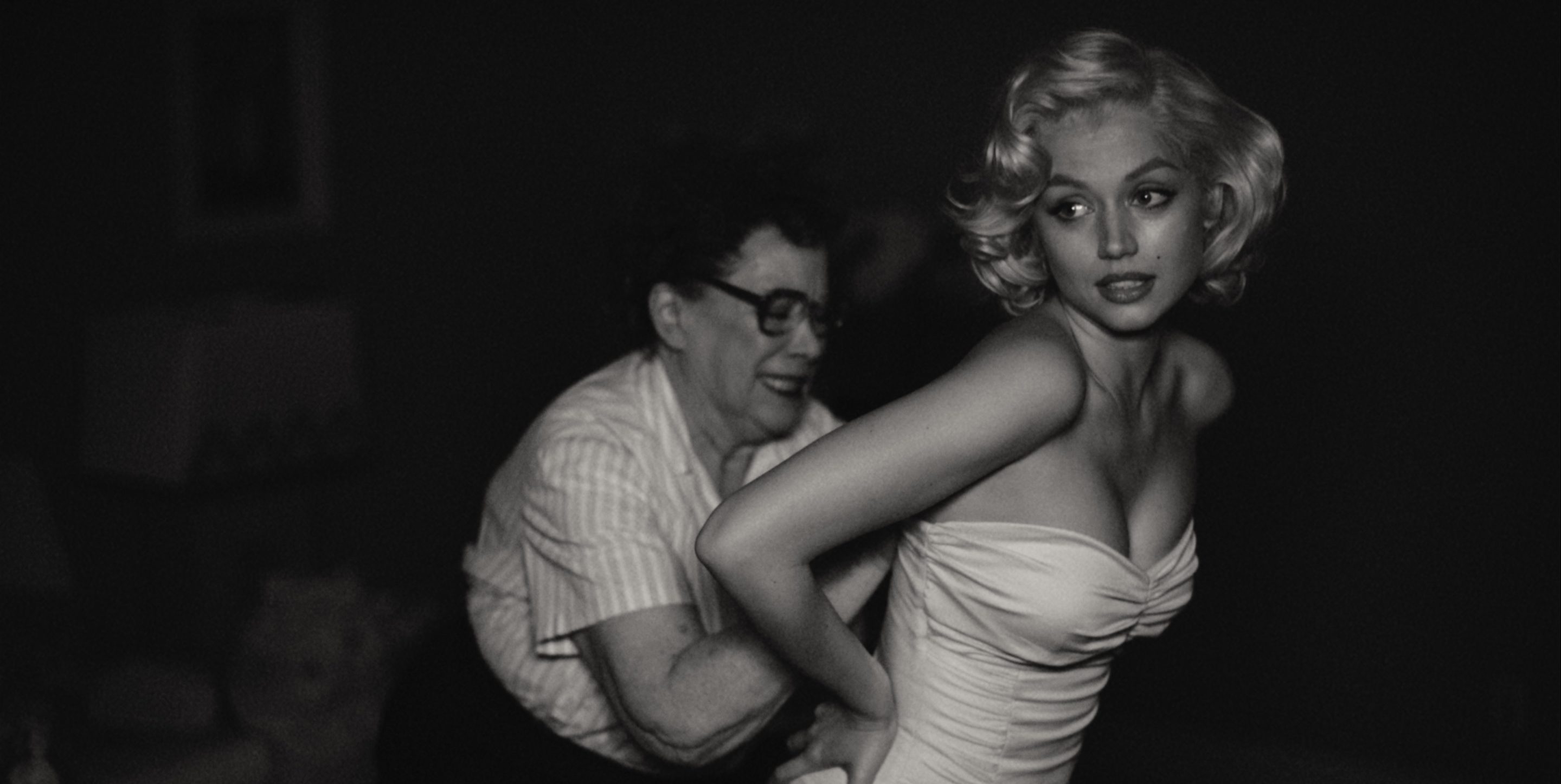 However, Armas was worried about the survivability in the industry as a Cuban with an accent. By the time of the release of ‘Blonde,’ Armas has established herself as one of the most talented Latina performers in the industry. She had already worked with renowned filmmakers like Denis Villeneuve, Olivier Assayas, and Cary Joji Fukunaga. She plays the “Bond girl” Paloma in ‘No Time to Die’ as well.

Even though she has already proven that there is space for her in the industry as a Latina actress, she doesn’t want to limit herself to Latina characters. “I do want to play Latina. But I don’t want to put a basket of fruit on my head every single time,” Armas told Elle. “So that’s my hope, that I can show that we can do anything if we’re given the time to prepare, and if we’re given just the chance, just the chance. You can do any film—Blonde—you can do anything,” she added.

Read More: Who Are Mr. Z and Mr. Shinn in Blonde? Are They Based on Real People?