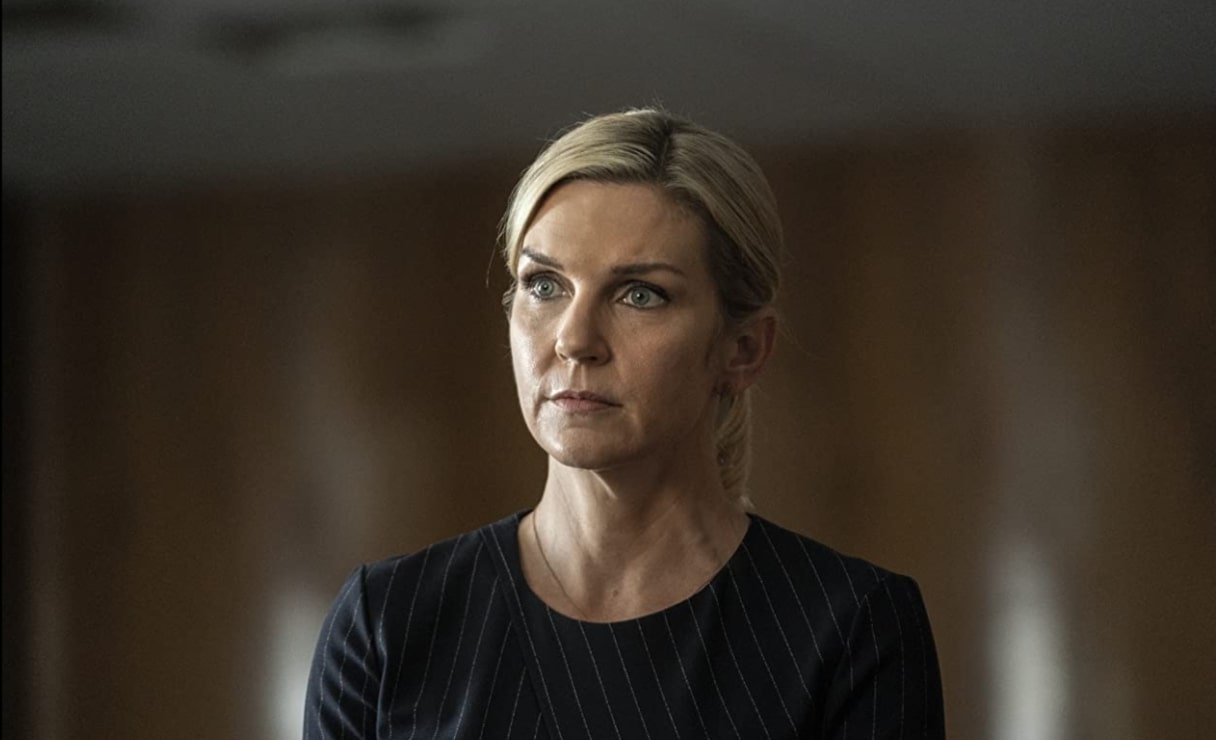 In ‘Better Call Saul’ season 6 episode 6, titled ‘Axe and Grind,’ the watershed moment in the life of Kim Wexler (Rhea Seehorn) arrives as she is forced to choose between her desire to do good and inclination to embrace her dubious tendencies. The prologue of the episode is set when Kim was a child and gives context to why Kim wants to turn to the world of crime. Cliff Main approaches Kim with an offer she can’t refuse: an opportunity to work with Jackson Mercer Foundation, an organization that funds justice reform programs on the east coast. If you are wondering whether Jackson Mercer Foundation is a real organization, we got you covered. SPOILERS AHEAD.

No, Jackson Mercer Foundation isn’t a real organization. Kim’s work as a public defender draws Cliff’s attention. He comes to tell her that Jackson Mercer Foundation seeks to expand to New Mexico and will be looking to partner up with promising lawyers such as Kim. The idea of working for Jackson Mercer intrigues her. But the problem is that she has to speak to the board members of the foundation on the “D-Day” of her and Jimmy/Saul’s operation against Howard. But Jimmy assures her that it will not be an issue as she has no role to play on that day. Toward the end of the episode, as Kim heads toward her meeting, she gets a call from panicking Jimmy, who tells her that there is a problem with the plan. Jimmy still encourages her to go to the meeting and reluctantly says they should scrap the sabotage plans. Refusing to do so, Kim turns her car around.

In the US and most other countries, criminal justice reform institutions seek to improve the legal infrastructure of a given country. They work to lessen and ultimately erase the effects of racial profiling, police brutality, recidivism, and mass incarceration. Due to Kim’s work as a public defender, where she puts in maximum hours for what is virtually minimum wage, Cliff believes that she will be a perfect fit for the job.

This episode encapsulates Kim’s moral dilemma into a real choice between the interview with Jack Mercer board members in Santa Fe and helping Jim solve the issue with their D-Day plan in Albuquerque. Kim actively makes that choice when she turns her car around. In the coming episodes, she will have to bear its consequences.

Giancarlo Esposito, who portrays Gus Fring in the ‘Breaking Bad’ universe, directed ‘Axe and Grind.’ He called the scene in which Kim turns her car her “moment of doom.” “It’s a heartbreaking moment for me in this episode, and I wanted it to reflect a very major decision in Kim’s life and her life with Jimmy,” he told Variety. “She has this opportunity she’s wanted her whole career; she’s going to walk in that room and make it happen. To have her make this decision, is it for love or is it the excitement of the grift? Whatever that is, that U-turn is a perfect analogy for that. It’s a U-turn in her life.”

Esposito added, “There were clouds that formed in the passenger window as we’re seeing Kim from the driver’s side at the very moment that she gets off the phone and is making that decision. We probably had it all in one take or two takes, maybe one and a half. It was enough to create that moment of doom in her psyche.” Evidently, although Jackson Mercer Foundation is a fictional organization, it plays an important role in the development of Kim Wexler as a character.