Is Black Bird’s Vincent “The Chin” Gigante Based on a Real Mobster?

Apple TV+’s ‘Black Bird’ is a limited crime drama series that delves into the case of James “Jimmy” Keene, a drug dealer turned FBI informant under the most unexpected circumstances. After all, he made a deal to infiltrate a detention facility for the criminally insane to elicit a confession from suspected serial killer Larry Hall, all in exchange for a wholly commuted sentence. Little did he know, though, that his quest would also lead him to get involved with dangerous individuals such as Vincent “The Chin” Gigante — so now let’s find out more about the latter, shall we?

Is Vincent “The Chin” Gigante Based on a Real Mobster?

Yes, the character of Vincent “The Chin” Gigante in the original production has been inspired by an actual Italian mobster (the boss of the Genovese crime family from 1981 to 2005) of the same name. He did operate out of Greenwich Village in New York until his ultimate apprehension, but the most intriguing aspect is that he feigned complete insanity for nearly three decades. That’s why he even pleaded guilty to obstruction of justice charges while already serving time for racketeering and conspiracy, only to pass away still incarcerated at MCFP Springfield in late 2005.

However, the truth is the powerful mafia boss’ connection with Jimmy Keene was a little different than the Dennis Lehane developed series portrays, per the latter’s own accounts. In his 2010 book ‘In with the Devil: A Fallen Hero, a Serial Killer, and a Dangerous Bargain for Redemption,’ the inspiration behind ‘Black Bird,’ the drug dealer actually details his interactions with Vincent. We can thus reveal the duo wasn’t technically pushed together by a correctional officer; the mobster himself had initiated the process of taking the young inmate under his wing.

Jimmy was obviously spending time with Larry Hall due to his task despite being new to the MCFP facility around the mid-1990s, which drove the pro boxer turned criminal to reach out. He sent some of his crew to get him so they could talk, according to the memoir, and the first thing he said upon giving him a once over was, “Lemme ask you a question, Why you hangin’ around with them Baby Killers?” Jimmy purportedly replied he didn’t know their offenses, following which Vincent essentially ensured he sat with them during meal times whenever possible. 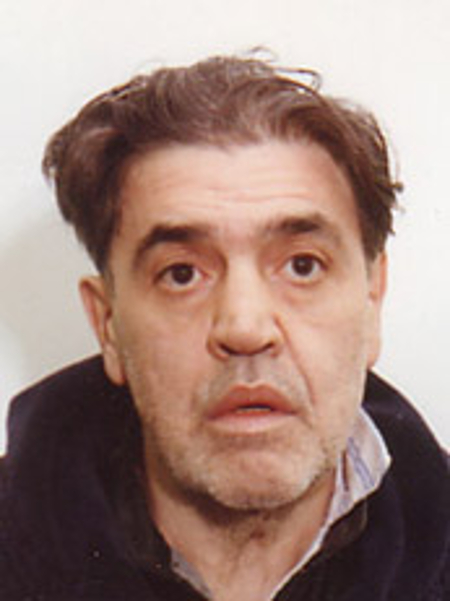 From what we can tell, a majority of other crucial facets concerning the mobster depicted in the show are based on Jimmy’s book and hence his actuality in every sense of the term. These include details such as his “old-timer” tag, always being surrounded by bodyguard-looking crew members, and playing Bocce with Jimmy — though the latter actually didn’t know how to play the game initially. As per ‘In with the Devil’ as well as the series, Vincent did genuinely do most of the talking in their relationship, a fact Jimmy never minded considering everything he was facing. However, it’s unclear whether or not the mob boss discovered the real reason the younger convict was at the institution around that time.

Read More: Is Black Bird’s J. Carter Based on a Real Correctional Officer?