Is Black Crab Based on a True Story? 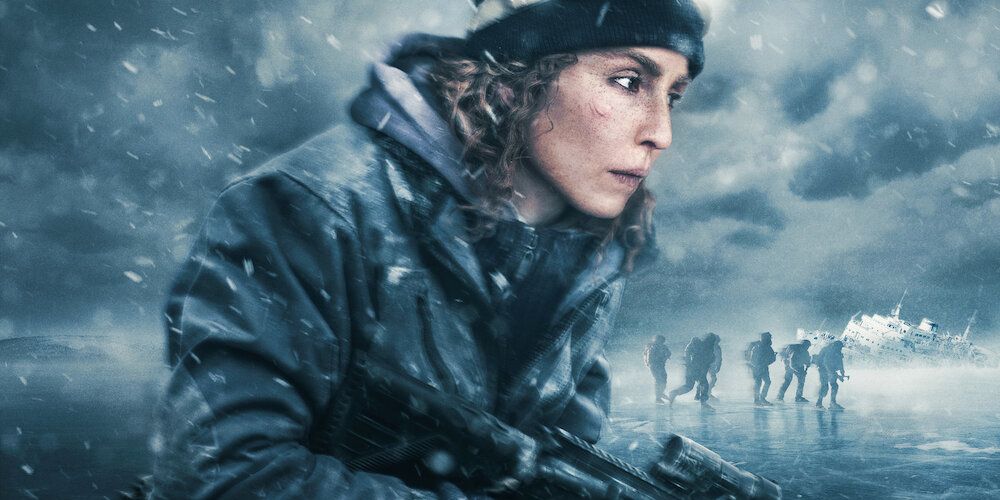 ‘Black Crab’ (known as ‘Svart Krabba’ in Swedish) is a post-apocalyptic war drama movie directed by Adam Berg. It follows Caroline Edh, a speed skater who joins a group of soldiers on a top-secret mission. Amidst the war-torn landscape, Edh and the soldiers must skate across a frozen sea to deliver a package that could change the tide of the war. The complex and action-packed film deals with various themes and ideas that will make viewers wonder whether the story is inspired by any real events. For those curious readers, here’s everything we have gathered on the inspiration behind ‘Black Crab.’

Is Black Crab a True Story?

No, ‘Black Crab’ is not based on a true story. The film is based on Swedish author Jerker Virdborg’s fictional novel ‘Svart Krabba.’ The title of the book translates to ‘Black Crab’ in English. The book was first published in 2002. Director Adam Berg’s ‘Black Crab’ is a film adaptation of the book. In the original book, the narrative unfolds in a fictional unnamed Scandinavian country that is torn by civil war. Similarly, the film adaptation also takes place in an unknown country and features the imaginary cities of Tessenoy and Odo.

In the original book and the movie, the soldiers are transporting two capsules containing a virus that can be weaponized. The bioweapons are also fictional. However, historically biological weapons have been used in various wars and are an important part of modern warfare. Although the film is a faithful adaptation of the novel, it makes a few major changes to the source material. For example, in the book, the lead character is a man named Karl Edh. However, in the film, the character has been gender-bent as Caroline Edh, with actress Noomi Rapace essaying the role.

Director Adam Berg spoke about the change in an interview and revealed that having a female protagonist is more reminiscent of our society. Moreover, the change also allowed the writers to add more humanity to the narrative. Berg’s words strongly indicate that the filmmaker took elements of the book and made a conscious effort to ground them in reality.

Another major difference between the book and the film is that the latter features a character named Vanja, who is the daughter of Caroline. The book does not feature any such character. Berg shared that the character was added to the narrative to give Caroline an external motivation in her journey. Thus, the story highlights the themes of sacrifice through Caroline’s relationship with Vanja. The movie also deals with themes of morality, freedom, and survival.

Ultimately, ‘Black Crab’ tells a fictional story based on Virdborg’s original novel. However, due to a strong emotional bond between characters such as Caroline and Vanja, the audience can easily connect with the story. Moreover, it deals with some serious themes that are prevalent in war. Thus, it provides the viewers with a vivid and realistic portrayal of the harsh reality of war and how it affects individuals and society as a whole.