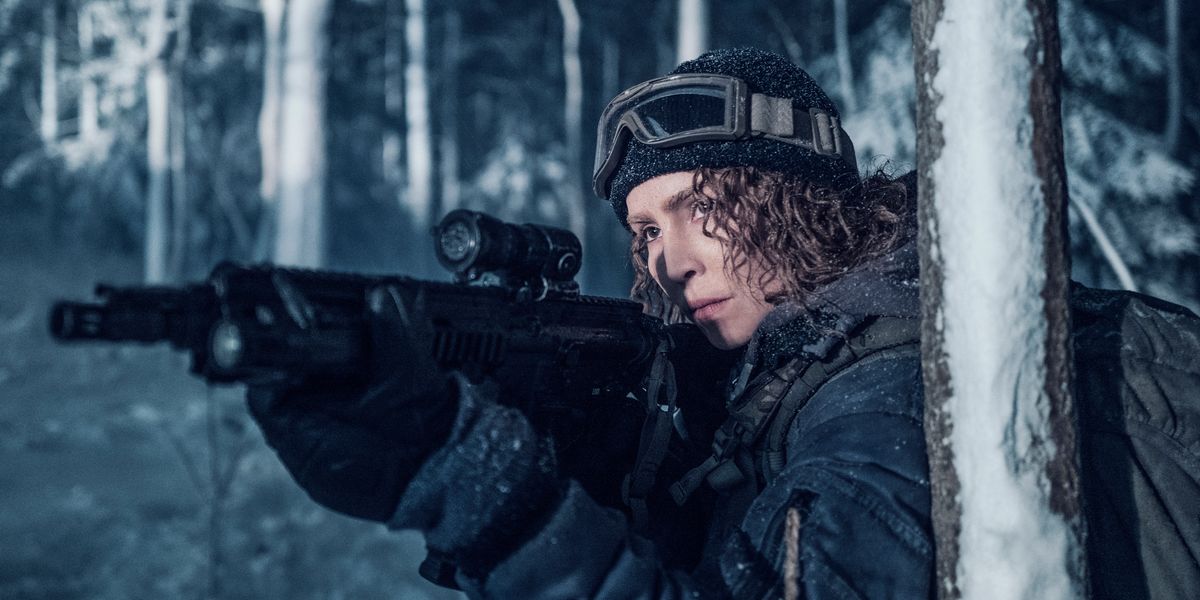 ‘Black Crab’ (alternatively known as ‘Svart Krabba’) is a Swedish-language action-adventure movie directed by Adam Berg. It is based on Jerker Virdborg’s novel of the same name and is set during a post-apocalyptic war that risks dooming all of humanity. Amidst these trying circumstances, Caroline Edh (Noomi Rapace) and a group of soldiers travel across a frozen sea on ice skates to deliver an important package that could change the course of the war.

However, once they learn the true contents of their cargo, a moral dilemma raises questions over their mission’s chances of success. Naturally, viewers must be looking for some answers about the same. Here’s everything you need to know about the ending of ‘Black Crab.’ SPOILERS AHEAD!

‘Black Crab’ opens on the onset of a civil war that threatens the civilians of a Scandanavian country. During an evacuation, Caroline Edh gets separated from her daughter, Vanja. A few years later, Edh is a soldier in the army and is posted at a refugee camp. She is assigned a surprising new mission and summoned to the military base in Tessenoy. On the way, she meets Lieutenant Nylund, whose suspicious actions make Edh leave him behind. She heads to the military base on her own and meets fellow soldiers Malik, Karimi, and Granvik. 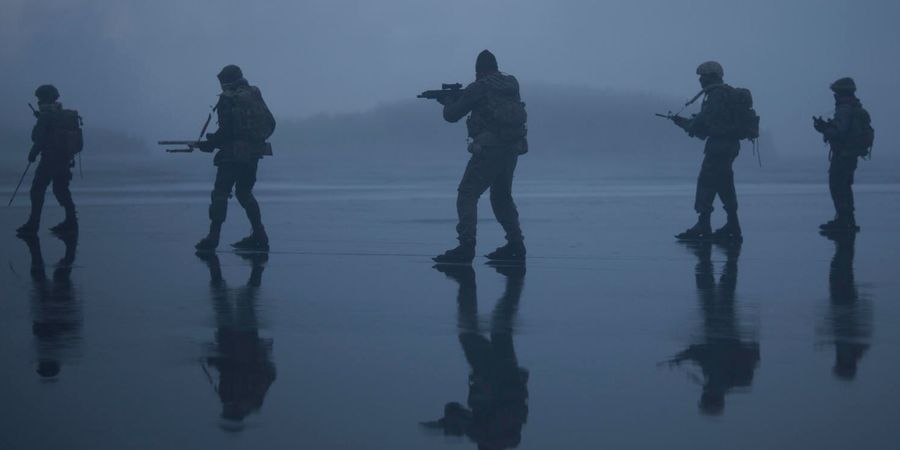 Captain Forsberg and Colonel Raad brief the group. Raad explains that the soldiers must travel across the frozen sea to deliver a package of two capsules to their other military base. The enemies have destroyed most of their other bases, and the capsules are their last hope of turning the tide of the war. Edh is hesitant to go on the mission due to the risks involved. However, Raad convinces Edh by revealing that her daughter is present at the military base where she is being sent.

Edh, Forsberg, Malik, Karimi, and Granvik set out for the mission after the enemy attacks their base. Nylund joins the group as a last-minute addition. During the attack, Forsberg is shot and falls into the frozen river. Edh dives after her and retrieves the capsule but leaves Forsberg to die. Tensions run high between Nylund and Edh due to their history. However, the group agrees that the chain of command makes Nylund the group leader. Karimi’s attempt to contact his girlfriend leaves the impression that he is a traitor. The group survives another attack from the enemy army and hides in an old couple’s home.

On the road, Karimi is killed, and the group is forced to leave Malik behind after he is gravely injured. Granvik, Edh, and Nylund soon discover that the capsules they carry are components of a virus. The army plans to use the virus as a biological weapon to end the war. However, the virus will kill almost all of humanity. Thus, the group must decide whether they should destroy the capsules or finish their mission. How the group deals with the enemy army’s threat and what they do with the capsules make up for the rest of the plot.

Black Crab Ending: What Does Edh Do With the Capsules? Does Edh Die?

Towards the film’s end, the soldiers realize that the capsules will doom all of humanity. Thus, they have a difficult decision to make. However, before they can decide what to do, they must cross a stretch of the frozen sea where the ice cannot hold their weight. During the crossing, the enemy opens fire on them. Granvik, Edh, and Nylund kill the enemy and take over the check post. They rest for the night and decide to continue their journey in the morning.

However, Nylund leaves with the capsules alone. In the morning, Edh and Granvik are attacked by the enemy. They kill the enemies, but Granvik perishes while trying to save Edh. Edh catches up to Nylund, who pleads with Edh to destroy the capsules. Since completing the mission is the only way for Edh to see her daughter, she shoots Nylund and finishes the task.

Sometime later, Edh wakes up at the military base and is awarded for her courage. However, she learns that the military lied to her. Her daughter is not at the base, and Vanja’s whereabouts remain unknown. Edh becomes discouraged and realizes her fault. She has doomed all of humanity and regrets her decision. Edh then talks with Nylund to convince him to help her destroy the virus. Nylund is skeptical and tries to dissuade Edh from the idea. However, Edh is adamant, and Nylund agrees to help. The two power their way through the military base and reach the laboratory where the capsules are stored.

However, the duo is caught by their superiors. Moreover, they cannot destroy the virus inside the facility as it would infect everyone. Thus, Edh takes it upon herself to destroy the capsules outside the base. Dressed as lab workers, Edh and Nylund reach outside the facility but are stopped before they can escape. Edh’s injuries take a toll on her, and she is in no position to run any longer. Thus, she attaches the capsules to a grenade and jumps off the plane hanger. She detonates the grenade and ends the virus’ threat to humanity.

Ultimately, Edh makes a morally conscious choice. Her journey depicts the conundrum soldiers face during wars. After merely following orders for most of the film, Edh decides to make her own decision during the climax in hopes of saving humanity. Whether her efforts significantly affect the war remains unknown, further highlighting the tragedy of a soldier’s life. In the final scene, Edh falls into the sea and reunites with her daughter. The scene implies that Edh is dead and, in her last moments, has made peace with her decision irrespective of its outcome.

Is Vanja Dead or Alive?

In the film’s opening scene, viewers meet Edh and her daughter, Vanja. The two are very close, and Edh does her best to protect her daughter amidst the chaos of the war. However, she fails in stopping the soldiers from taking Vanja away from her. Throughout the movie, Edh is driven by the thought of reuniting with her daughter. Colonel Raad gives Edh a photo of her daughter, restoring Edh’s belief that Vanja is alive and waiting for her.

However, when she arrives at the military camp, Edh realizes that the army lied to her. The photo and promise of seeing Vanja was merely a way to motivate Edh to complete the mission. However, when the army chief reveals the truth to Edh, she never states whether Vanja is dead or alive. All Edh learns is that her daughter’s whereabouts remain unknown after all these years. Meanwhile, Edh believes that Vanja is still alive. She decides to destroy the capsules to protect her daughter.

In the final scene, Edh reunites with her daughter underwater. The scene is set in Edh’s imagination and therefore cannot indicate Vanja’s fate. Ultimately, the film ends without giving a clear answer about what happened to Vanja. Nonetheless, the ambiguity over Vanja’s fate proves to be a crucial narrative element as it propels Edh’s journey forward. Edh dying without reuniting or learning about her daughter’s safety further underlines the harsh reality of war.

Read More: Is Black Crab Based on a True Story?