Where is Black Crab Filmed? 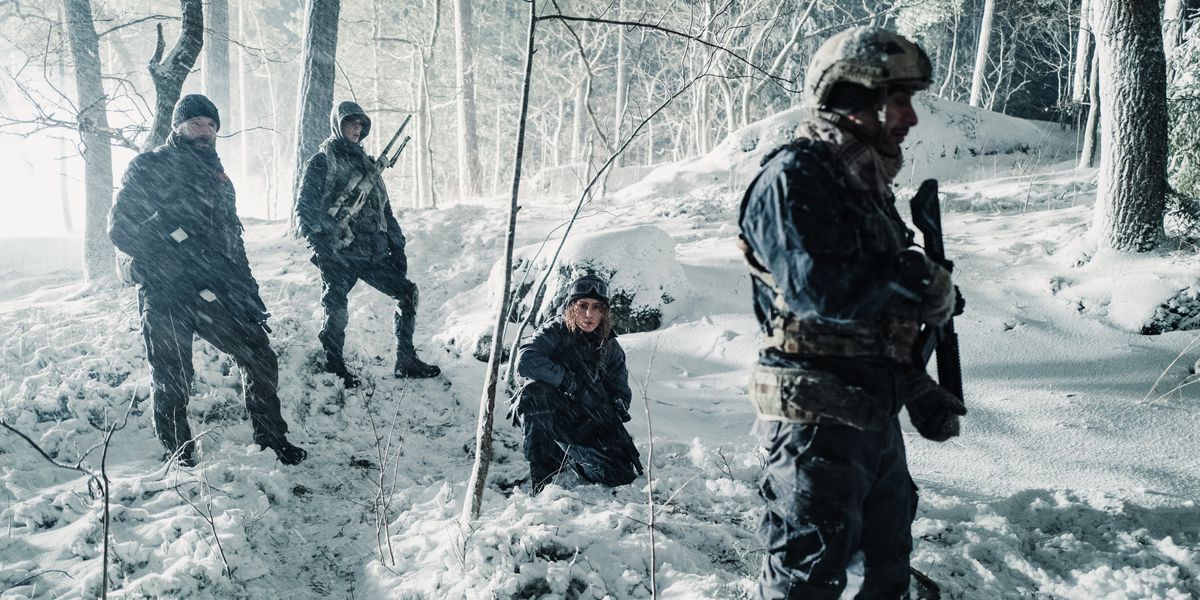 ‘Black Crab’ (originally titled ‘Svart Krabba’) is an action-adventure movie directed by Adam Berg. Based on the original novel by Jerker Virdborg, the film is written by the author along with Berg and Pelle Rådström. The film follows six soldiers, including speed skater Caroline Edh (Noomi Rapace), who are on a mission to transport a mysterious package across the frozen lands of Sweden.

Their mission raises moral disillusion and highlights the plight of war. The Swedish-language film features some stunning landscapes that underline the difficulties of the group’s mission. Therefore, viewers must be wondering where the movie was shot. If you are looking for more details about the scenic sites in ‘Black Crab,’ here’s everything you need to know!

‘Black Crab’ was primarily filmed in Sweden, particularly in parts of Norrbotten County and the city of Stockholm. Principal photography on the film commenced in early 2021 and was wrapped up in early April 2021. Sweden’s hilly and ice-covered archipelagos make an ideal setting for the action-packed post-apocalyptic drama. Let’s take a closer look at the exact filming spots that feature in the movie!

The cast and crew filmed a majority of the sequences in Sweden’s Norrbotten County. The county occupies a large portion of Sweden’s landmass but is sparsely populated. Therefore, it makes for an ideal backdrop for the film’s dystopian, dark, and ominous narrative. Some scenes in the movie were shot on location in Kiruna, a city in Kiruna Municipality of Norrbotten County.

Kiruna is the northernmost town in Sweden and was built in the 1890s. It is a major scientific and tourism hub in the country. Local tourist attractions in Kiruna include the Kiruna Church and the Icehotel. The production team also filmed some footage in Jukkasjärvi, a locality in the Kiruna Municipality. Popular shows such as ‘Beartown‘ and ‘Rebecka Martinsson‘ are filmed in Norrbotten County.

In addition to Norrbotten County, filming of ‘Black Crab’ took place on location in and around the city of Stockholm, Sweden. The city is the country’s capital and a major cultural and economic center. Every year numerous tourists visit the city to see attractions such as Gamla Stan, Kastellet, Kista Science Tower, Stockholm City Hall, and Stockholm Palace. Stockholm is also a prominent production location, where movies like David Fincher’s ‘The Girl with the Dragon Tattoo‘ and ‘The Postcard Killings‘ were shot.

Read More: Is Black Crab Based on a True Story?