Is Broadcast Signal Intrusion Based on a True Story? 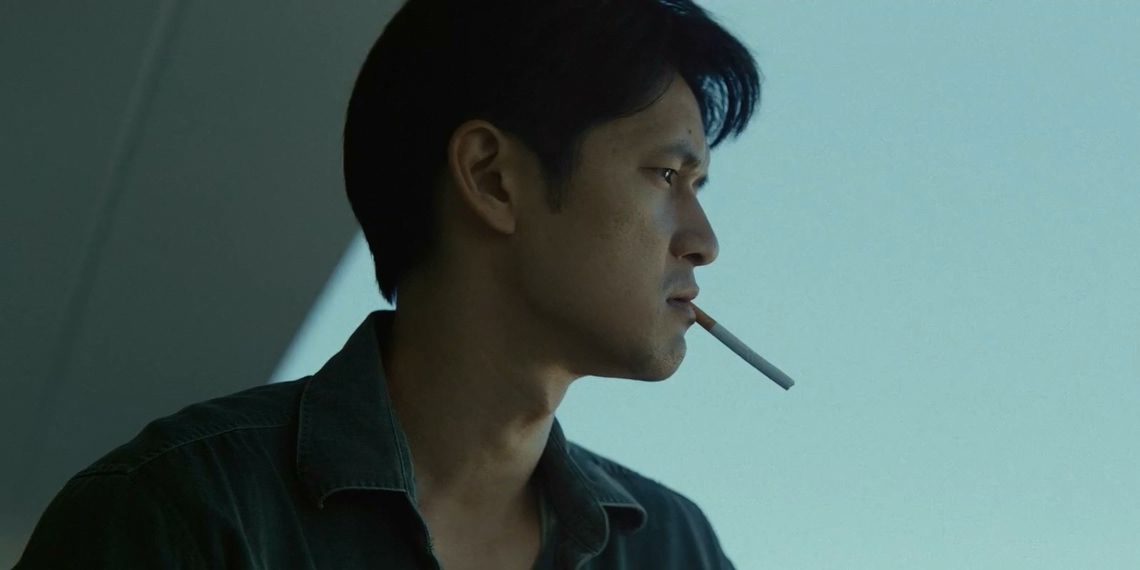 Directed by Jacob Gentry, the noir thriller ‘Broadcast Signal Intrusion’ showcases an obscure era of cable television and analog signals. The horror of the movie crawls under your skin, and you get plunged into a tale of conflicting images and information leading to an uncanny finale.

The story revolves around James, who finds a link between the mysterious disappearance of his girlfriend Hannah and the unsolved string phenomena of broadcast signal intrusions that took place across Chicago television networks in the 1980s. You may have been disturbed by the movie, but have you wondered whether the story is based on actual events? If so, let us embark upon an investigation.

‘Broadcast Signal Intrusion’ is partially based on a true story. Jacob Gentry of ‘The Signal’ fame directed the unsettling horror movie from a script penned by Phil Drinkwater and Tim Woodall. Gentry was instantly hooked upon reading the script since the director thought the phenomena fascinating. The practices in question entail hijacking broadcast signals of radio or cable television without permission or license.

The method seems to have come to prominence in the Soviet Union in the 70s and 80s. The broadcasting system was rigid and presided over by the government, and rebel pranksters targeted localized cable networks. In as early as 1966, a report came from Kaluga about a hoax announcement of a nuclear war breaking out in the US.

The movie, however, was inspired by the actual crime incident of Chicago that took place in the late 80s. Known in popular culture as the Max Headroom broadcast signal intrusion — after the fictional artificial intelligence of the same name — the string of hackings took place on the night of November 22, 1987. WGN-TV was the first station to be hijacked, and soon to follow was PBS member station WTTW.

The first intrusion occurred during the sports segment of the channel’s 9 o’clock news and lasted for about 28 seconds. The second took place during the airing of the ‘Doctor Who’ series ‘Horror of Fang Rock’ and lasted for about 90 seconds. In both the videos, pranksters wore the Max Headroom mask, and both videos were characterized by crude editing and static noises in the background.

The surfacing of the videos instantly became a nationwide news sensation, but the perpetrators were never identified nor were their motives. A Reddit user shortly claimed to know the hackers, but the post was later withdrawn. While the mystery remains unresolved to this day, Vice Network’s Motherboard has named the incident a “cyberpunk hacking trope.” The trope has since been used in several cinema and television productions, from ‘The Dark Knight’ to ‘Mr. Robot.’ This movie lends a look back at the incident, and the eerie analog ambiance evokes further thrill because of their datedness in a digital world.

This is the stuff creepypasta is made of. A source of inspiration behind the humanoid robot of Sal-e Sparks was Tara the Android, a singing robot created by John Bergeron. Between its appearance in 2004 and its discontinuation in 2006, several videos surfaced on the internet. Since then, the android has been featured in a slew of creepy video compilations on YouTube. A particularly memorable video features Tara singing a song called “I Feel Fantastic” – presumably written and composed by Bergeron himself – and the effect is one of macabre dread.

In his visualization, the director was also inspired by the films of famed director Alan J. Pakula, especially the 1971 neo-noir thriller ‘Klute,’ 1974 political thriller ‘The Parallax View,’ and 1976 biographical drama ‘All The President’s Men,’ which together comprise the “paranoia trilogy.” Pakula’s auteur is characterized by jarring and hypnotic imagery, an air of terrorism and psychological unrest, and meta-film sequences. While Gentry pays his homage to the classic director by using some of the director’s signature tropes, he firmly establishes the movie in the realm of truth by revisiting the incident of Chicago. Although, the specifics of the story remain entirely fictional.