Is Cassie Wilkins Based on Michelle Carter’s Real Schoolmate? 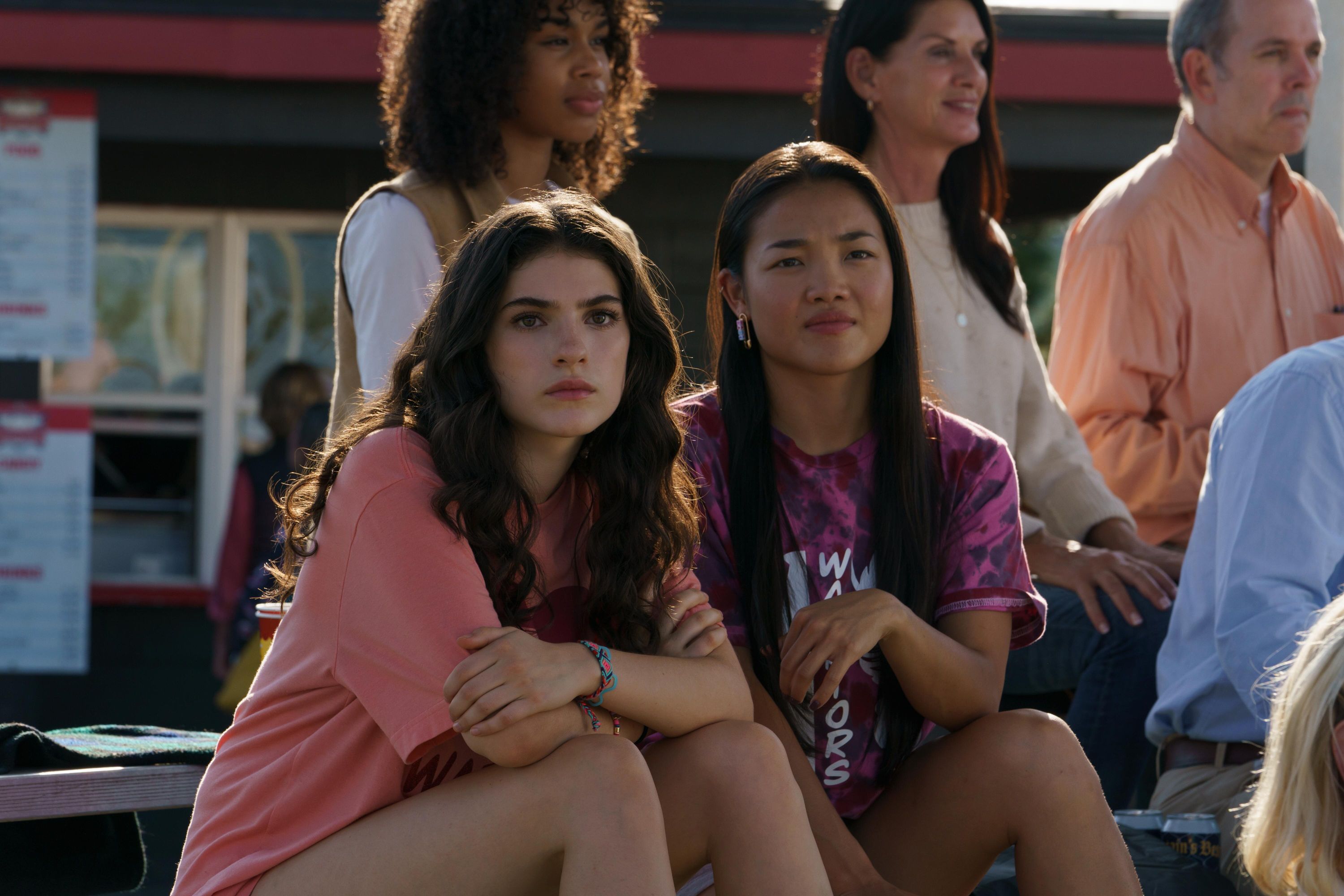 ‘The Girl from Plainville’ delves into the “texting-suicide case” and the events surrounding the death of Conrad Roy III. The first half of the Hulu miniseries details Conrad’s relationship with Michelle Carter, while the later episodes delve into the trial against her.

In both parts of the narrative, Michelle’s high school friend Cassie Wilkins appears on multiple occasions. Whereas the two sometimes seem like good friends, Michelle seems distant from Cassie at other times. Considering much of the show is inspired by real people, let’s take a look at whether the character of Cassie Wilkins is based on a real schoolmate of Michelle Carter or not.

Cassie Wilkins is essayed on the show by Kylie Liya Page. Apart from their shifting friendship, Cassie is also more dismissive of Michelle and Conrad’s troubled relationship. Thus, in episode 7, Michelle chooses to share her worries about Conrad potentially killing himself with Natalie but not with Cassie. Notably, Cassie and Natalie both subsequently testify against Michelle during her trial.

Unlike a lot of other characters that share names and are directly inspired by real-life people, the character of Cassie Wilkins seems at least partly fictionalized. Some of Michelle’s former classmates did testify during her 2017 trial. However, it did not include a person named Cassie Wilkins.

That being said, it is possible that Cassie’s character takes inspiration from another real-life acquaintance and former schoolmate. In the series, Cassie tells the court that she and Michelle were just school friends and were not too close. During the actual trial, Michelle’s former classmates Samantha Boardman and Lexie Eblan took the stand as witnesses. When the latter was asked if she hung out with Michelle outside of school, she said that she couldn’t remember a time that they did.

Seeing as Samantha seemed to be closer to Michelle and, at least partially, inspired the character of Natalie, it is possible that Cassie’s character is loosely based on Lexie Eblan. In reality, both Samantha and Lexie stayed at Michelle’s house for a sleepover during the week of Conrad’s death. On the show, we frequently see Michelle hanging out with Natalie and Cassie, including spending time in each others’ homes.

During the trial, it was also revealed that Michelle texted Lexie about Conrad being missing even as she was communicating with him and asking Conrad when he was about to do “it.” Once again, this reflects a scene on the show when Michelle informs Cassie and Natalie that Conrad is missing even though she is actually in touch with him.

Thus, it appears that the character of Cassie Wilkins is partly fictional and partly inspired by Michelle Carter’s former schoolmate, Lexie Eblan. The show does state that parts of the narrative are dramatized, and it seems that Cassie is one such dramatized character used as a loose stand-in for an actual former acquaintance of Michelle Carter.