The Girl from Plainville Episode 7 Recap and Ending, Explained 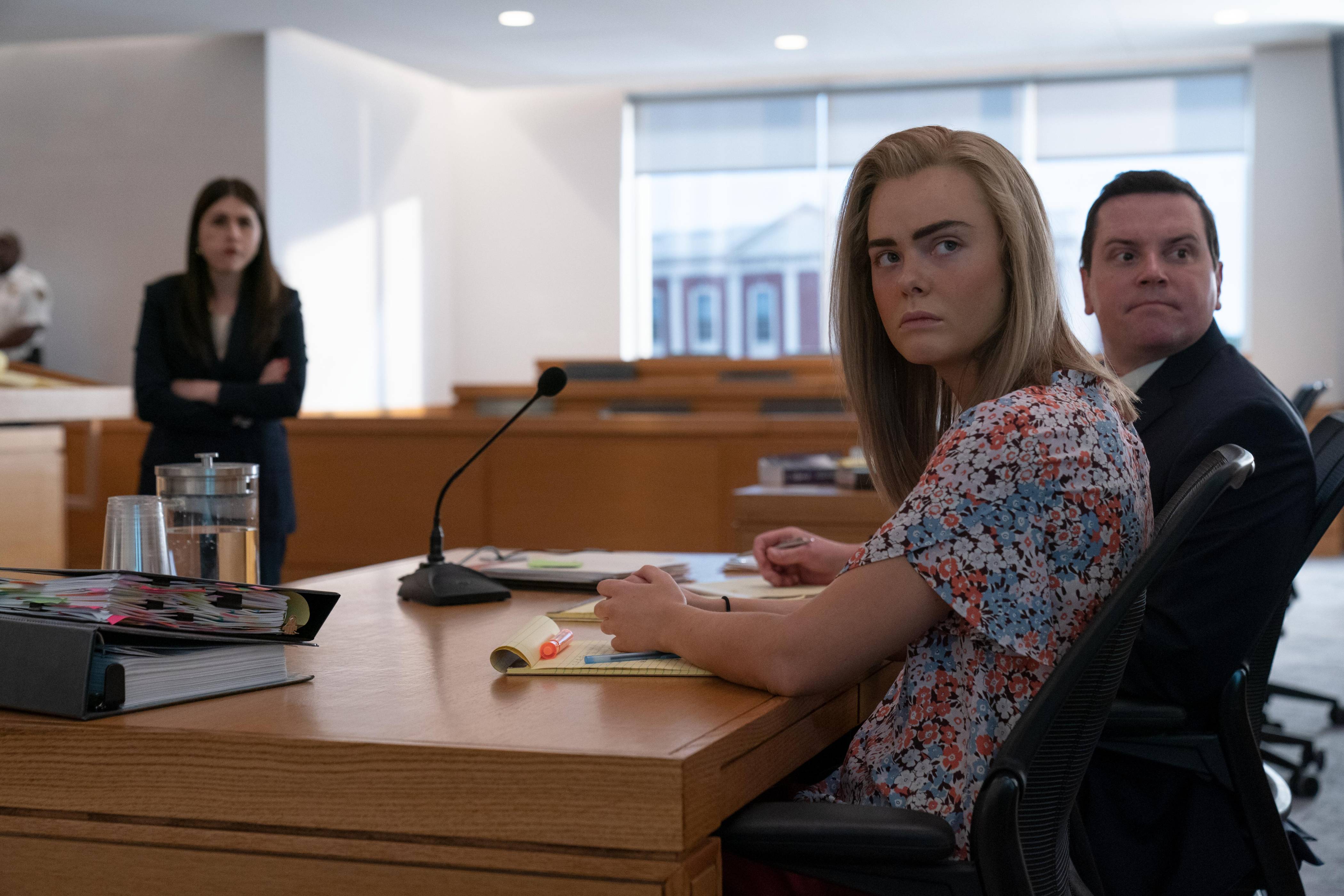 ‘The Girl from Plainville’ episode 7, titled ‘Teenage Dirtbag,’ takes us deep into Michelle’s trial in the aftermath of Conrad’s death by suicide. The defense’s star witness, Dr. Peter Breggin, makes some compelling points and draws attention to the potential role of the medications that both Conrad and Michelle were taking at the time to the tragedy.

As the courtroom drama unfolds, we also get some intriguing glimpses of Michelle and Conrad talking about his “plan” to make his death look like an accident. The story is at a crucial junction, and Michelle’s fate hangs in the balance. Let’s take a closer look at ‘The Girl from Plainville‘ episode 7. SPOILERS AHEAD.

The Girl from Plainville Episode 7 Recap

The episode picks up from the episode 6 cliffhanger, and Michelle finally hears back from Conrad. She tells him about how scared she was when he didn’t reply, and the two eventually begin talking calmly. At one point, Conrad reveals that he doesn’t want to fail the next time he attempts suicide. Michelle responds understandingly, saying he should be willing to try everything. Ultimately, Conrad says that there is nothing anyone can do to stop him from killing himself.

Meanwhile, in Michelle’s trial in 2017, Dr. Breggin is introduced as a witness. He quickly impresses the judge with his detailed professional insights into the effects of selective serotonin reuptake inhibitor (SSRI) drugs on a person’s behavior. He attributes both Michelle and Conrad’s actions to their anti-depressant medications, saying the former suffered from “involuntary intoxication” in the days preceding Conrad’s death.

In flashbacks from the beginning of July 2014, merely weeks from Conrad’s death, we see him and Michelle begin to discuss ways in which he can kill himself. The youngster wants it to look like an accident, so no one feels guilty about him dying. Michelle occasionally gets overwhelmed by Conrad’s seemingly imminent death and opens up to her friend, Natalie. At one point, fearing Conrad is about to go through with his “plan,” Michelle tells her friend that he’s missing.

The Girl from Plainville Episode 7 Ending: Is Michelle Going to Prison?

Back in the “present-day” timeline, prosecutor Katie Rayburn is frustrated by Dr. Breggin’s testimony and initially struggles to counter it. However, she eventually gets him to admit that his initial diagnosis of Michelle could have been faulty. The prosecution also manages to bring up doubts about the doctor’s theory of involuntary intoxication. After the day in court, Michelle accompanies her family to her sister’s recital but suffers from a nerve-wracking vision while seated in the audience.

The episode ends at a precarious point for Michelle’s defense as holes begin to appear in Dr. Breggin’s testimony. After he initially makes it seem like Michelle did act under the influence of her medication, the prosecution makes the doctor admit that involuntary intoxication isn’t a diagnosable disorder. Messages from Michelle suggesting ways in which Conrad can kill himself are also presented in court. For the first time, it begins to look like Michelle’s soon-to-be-announced verdict might not go her way. If, as the prosecution demands, Michelle gets convicted of a manslaughter charge, she could get sentenced to twenty years in prison.

What Does Michelle Tell Her Friends About Conrad?

Though Michelle and Conrad seem strangely calm even as they discuss ways in which Conrad can kill himself, the prospect of him dying weighs heavily on Michelle. She gets angry when Cassie jokes about their relationship and finally, under the condition of absolute secrecy, tells Natalie about Conrad.

This message, in which she lies to Natalie, is one of Michelle’s most inexplicable actions. Though it initially looks like she reaches out to Natalie for help, Michelle’s lie then makes it look like she has other intentions. Since she has sworn Natalie to secrecy, it is clear that Michelle isn’t lying to cover up Conrad’s plan.

However, by saying that he is missing even when he isn’t, it appears that Michelle might be looking for sympathy. It is also possible that she is trying to create an alibi for herself and that by saying he’s missing, she could possibly distance herself from Conrad’s death. Though it remains unclear why exactly Michelle tells Natalie that Conrad is missing, it is clear that the former is not being completely honest.