Where is Katie Rayburn Now? 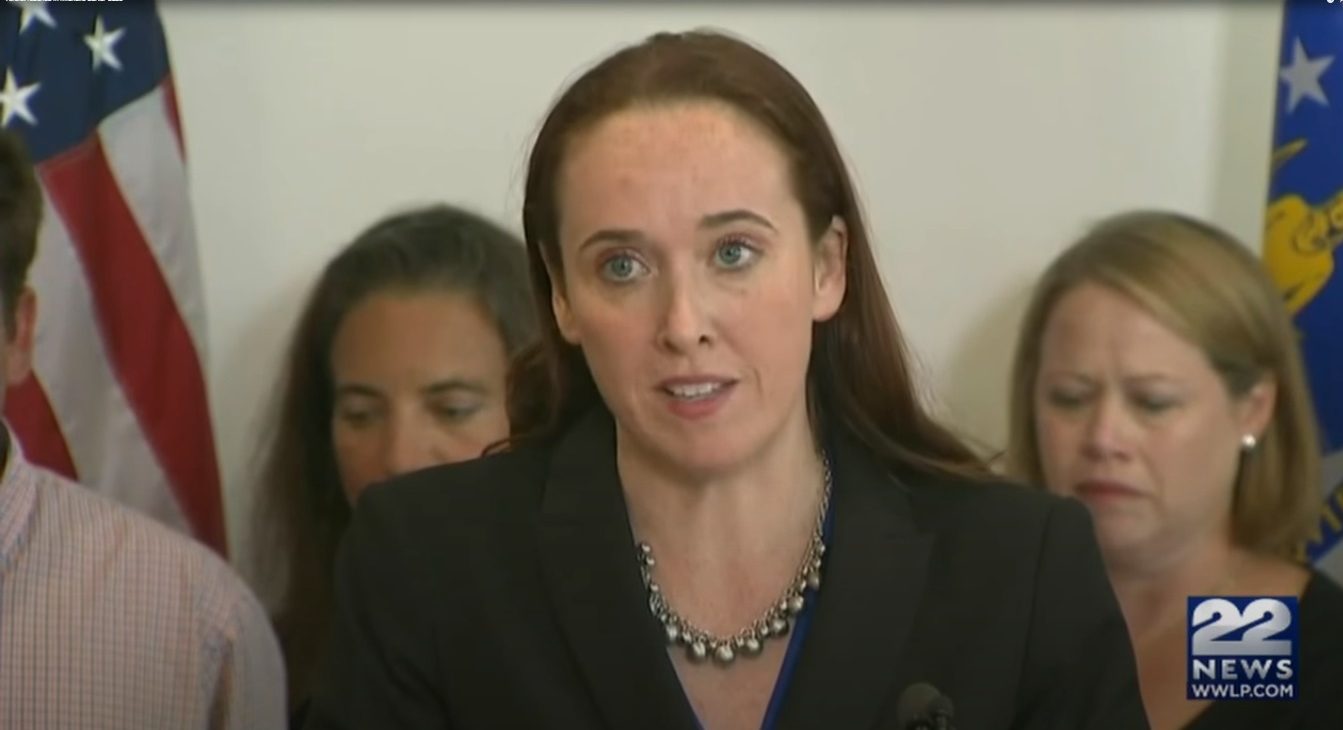 Hulu’s biographical miniseries ‘The Girl from Plainville’ delves into teenagers Conrad Roy III and Michelle Carter’s relationship and follows through the former’s death and its subsequent repercussions. The story gets particularly convoluted when it begins to appear that Michelle might have coaxed her boyfriend into committing suicide. On the show, Assistant District Attorney Katie Rayburn (essayed by Aya Cash) is initially reluctant to take on the case until she begins digging into Michelle’s seemingly incriminating text messages.

The show takes inspiration from some shocking real-life events, drawing from an Esquire article by Jesse Barron. However, parts of ‘The Girl from Plainville’ are dramatized, and we’re curious about the real people that have inspired the characters. Here’s a look at the real Katie Rayburn.

Who is Katie Rayburn?

Katie Cook Rayburn, who was Assistant District Attorney in Massachusetts at the time, won a landmark conviction in the case of Michelle Carter, essentially proving the precedent that texts and phone calls can cause the death of another person. The Bristol County prosecutor, who took on the case in 2017, came with a formidable legal background. At the time, she had tried fourteen murder trials, winning thirteen. Ultimately, Michelle Carter was convicted of involuntary manslaughter.

Rayburn was born in Boston, and after getting her Bachelor’s degree in political science from the University of Massachusetts Dartmouth, she earned her J.D. from Suffolk University Law School in 1999. Her legal career started the following year as an associate at Grassia, Murphy & Whitney, after which Rayburn moved on to working as an Assistant District Attorney with the Plymouth County District Attorney’s office.

She also worked at the Law Office of Daniel W. O’Malley before taking on the position of Assistant District Attorney of Bristol County in 2008. During her career, Rayburn has taken on an array of cases spanning from murder and homicide to child support and child custody issues, and many others in between. At Bristol County, she served as the Director of the Domestic Violence Unit and the Deputy Chief of the Homicide Unit.

In Michelle Carter’s case, Rayburn, 43 at the time, stated in her closing arguments that the fact that the defendant was physically absent was immaterial. She detailed that phones allowed people to be “virtually present with somebody” and that Michelle was “telling him to get back in the car even though she knew he was going to die.” Shortly after her victory, Rayburn was nominated to the position of Associate District Court Judge.

Where is Katie Rayburn Now?

The Honorable Katie Cook Rayburn is presently a Massachusetts Associate District Court Judge. According to reports, her role involves her traveling to various courts depending on where she is needed. She presides on a variety of matters, including criminal and civil cases, mental health issues, housing disputes, and many more. It seems Rayburn presently lives on the South Shore of Massachusetts in the city of Weymouth, though details about her personal life remain undisclosed to the public.

Read More: Is Natalie Gibson Based on a Real Friend of Michelle Carter?