The Girl from Plainville Episode 6 Recap and Ending, Explained 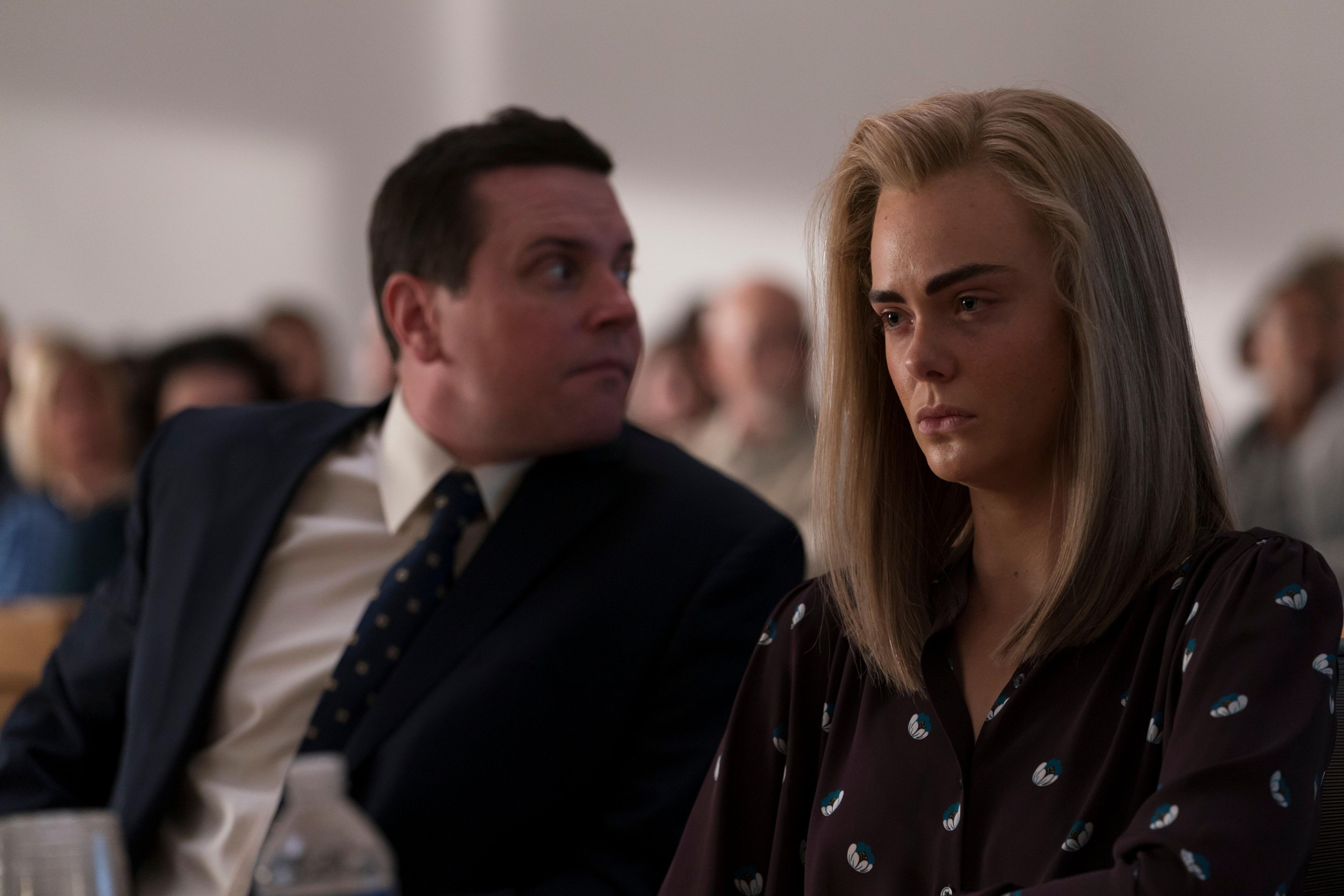 ‘The Girl from Plainville’ episode 6, titled ‘Talking is Healing,’ sees the start of Michelle Carter’s much-publicized trial. Lynn finds it increasingly hard to face the traumatic details about her son’s death that are dredged up in court even as Michelle makes a surprising legal decision. Meanwhile, the parallel timeline details the months immediately preceding Conrad’s death, hinting at how trapped and helpless the teenager feels. A truly heartwrenching chapter of the tragic true story, episode 6 is a potent reminder of how a variety of factors informed both Michelle and Conrad’s otherwise inexplicable actions. Let’s take a closer look. SPOILERS AHEAD.

The Girl from Plainville Episode 6 Recap

Episode 6 opens in 2017, two years on from the events of the previous episode. Michelle, now 20, makes her first appearance in court and quickly surprises the prosecution by demanding a bench trial, essentially forgoing her right to a jury. Assistant district attorney Katie Rayburn is forced to swiftly modify her opening statements, and the trial begins. As more and more details of Conrad’s tragic death are discussed, Lynn finds it increasingly difficult to sit in court and gets up to leave.

Meanwhile, the parallel narrative finds Conrad’s family celebrating his graduation and newly acquired captain’s license. However, the teenager remains glum and hints to his father that he might not want to spend the rest of his life in Mattapoisett. Things between Conrad and his father, Conrad Roy Jr., get increasingly quarrelsome after the former leaves early from his job in the family marine salvaging business. Things come to a head when Conrad hits his father, who punches his son in retaliation. Later, Conrad tries to justify his father’s actions to Lynn, who remains furious at Conrad Roy Jr.

We also get a few glimpses of Michelle in the flashbacks as she attends a rehab center for a few weeks. The treatment seems to briefly help, and she returns relatively optimistic. However, when she tries to convince Conrad to seek help for his crushing social anxiety and depression, he quickly gets angry and claims that the next time he tries to kill himself, he won’t fail. He also threatens Michelle to never reveal their conversation and his plans for suicide.

The Girl from Plainville Episode 6 Ending: Does Conrad Break Up with Michelle?

Soon after the conversation with Conrad, Michelle’s state takes a turn for the worse, and she begins to brood. Sometime later, she receives an abrupt message from Conrad saying that he cannot go on like this. Concerned, she tries to call him but only gets his voicemail. Back in the present-day timeline, Lynn finds it increasingly difficult to get Michelle out of her thoughts. The grieving mother finally decides to watch the tapes that Conrad recorded as a video diary of sorts.

In the videotapes, Conrad talks about his social anxiety but also expresses how he is fortunate to have loving parents who he must be there for. Watching her son on the screen, Lynn starts to cry. Episode 6 closes on an ambiguous note about the central relationship, with Conrad sending Michelle a cryptic message saying, “I can’t do this.” When she tries to call him, the calls go to voice mails, and the episode ends with her asking Conrad to text her back. Considering the argument they have preceding Conrad’s message, it almost appears like he is breaking up with Michelle.

The fact that Conrad angrily says that Michelle never listens to him also seems to point toward a possible breakup. Much of his anger and frustration towards his girlfriend seems to be because of Michelle not replying to his messages for a few weeks while she attends a facility to help with her eating disorder and anxiety. Conrad doesn’t seem too impressed with Michelle’s progress, hinting that her state is not as dire as his.

However, in previous instances, Conrad has gotten angry and then patched things up with Michelle, and this will likely be the case now. The fact that they are seemingly in a relationship when Conrad dies also tells us that a breakup, if it does occur, is short-lived. However, Conrad’s wild mood swings and the message saying “I can’t do this” seems to have an adverse effect on Michelle’s state of mind.

Why Does Michelle Choose to Have a Bench Trial?

Episode 6 centers around Michelle’s trial, and the episode opens with the young defendant surprising everyone (except her attorney, Joseph Cataldo). Michelle gives up her right to a trial with a jury, instead choosing to let the judge decide the case (known as a bench trial). Though her reason for doing this isn’t clear, the fact that she is doing it on the advice of her attorney is obvious.

After asking the surprised judge for a bench trial, Michelle asks Joseph whether she “did all right,” to which he reassuringly responds. It is possible that Michelle asks for a bench trial because of the publicity surrounding her case. For two years, the press has speculated about her involvement in Conrad’s death. Going by the headlines briefly seen, in which her picture appears under the word “manslaughter,” the image painted by the press isn’t favorable for Michelle.

Therefore, the young woman and her counsel likely feel that a jury is more likely to be swayed by emotion and press coverage, which could set them against Michelle even before the trial begins. By putting the verdict in the hands of the judge, it appears that Michelle and her attorney are hoping to get a more objective judgment, which might give her a better chance of being acquitted.