The Girl from Plainville Episode 5 Recap and Ending, Explained 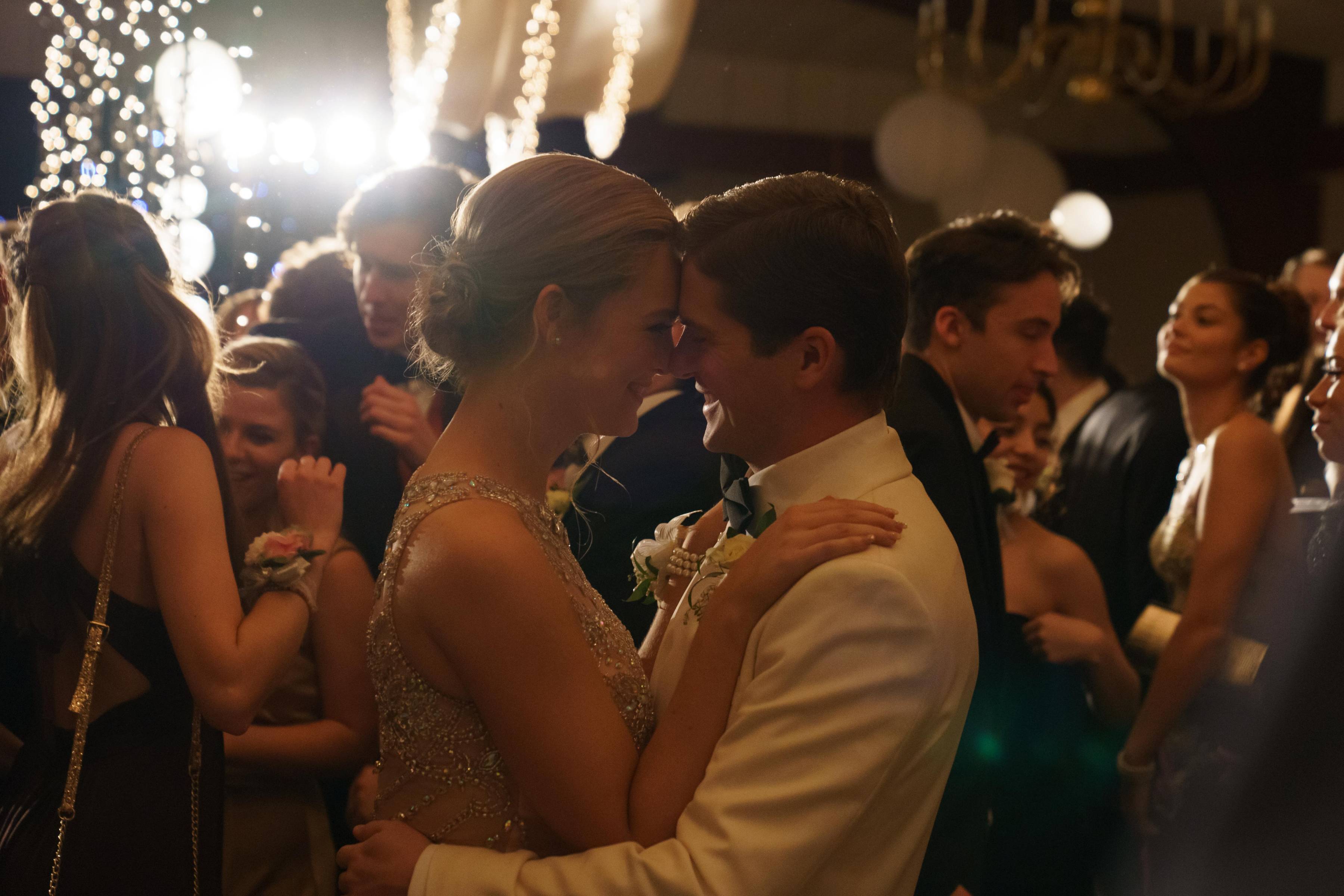 ‘The Girl from Plainville’ episode 5, titled ‘Mirrorball,’ slowly increases the intensity of emotions felt by the teenage central characters and details how Conrad and Michelle find solace in each other before the former’s tragic death. Meanwhile, the present-day storyline finds Michelle getting engulfed by the tragedy as newspapers begin to speculate about her role in her boyfriend’s death. A less-than-perfect prom ties the melancholy episode up. Let’s take a closer look at ‘The Girl from Plainville’ episode 5 and make sure we’ve picked up all its nuances. SPOILERS AHEAD.

The Girl from Plainville Episode 5 Recap

Episode 5 opens with Michelle in the eye of the storm after a newspaper publishes a story about her being potentially involved in Conrad’s death. The headline featuring a picture of her with the word “manslaughter” above causes quite a stir, and Michelle quickly finds herself becoming the social outcast at her school. Meanwhile, her lawyer questions Michelle about the messages she sent to her boyfriend, particularly one telling him to drink bleach. Her parents are shocked at the message and wonder whether Michelle actually did have something to do with Conrad’s death.

In flashbacks, Conrad’s father tries to convince him to join the family business running their boat while his mother pushes him to go to college on his scholarship. Stuck in between, Conrad finds it hard to deal with the pressure on him and discusses it with Michelle. At a high school party, he is approached by a classmate named May and ends up sleeping with her. Soon after the encounter, however, Conrad feels guilty and leaves the party.

Sometime later, Michelle and Conrad meet at her grandmother’s funeral and sneak away. This is the first time the two meet face-to-face after Florida and subsequently spend time on a baseball pitch. However, when Conrad tries to take things further, Michelle stops him, saying she isn’t ready.

The Girl from Plainville Episode 5 Ending: What Happens to Michelle at Prom?

Back in the present-day timeline, Michelle finds her school environment increasingly hostile, with snide remarks coming from every direction. Her friendship with Susie is also ended, and as a last-ditch attempt, Michelle leaves a letter in Susie’s car. At the coaxing of a sympathetic classmate, Michelle agrees to go to prom. However, she still finds herself surrounded by pointed glares and hushed tones, which become too much for her to handle.

Overwhelmed, Michelle leaves the school dance, and upon reaching home, begins to run on her treadmill with a manic expression on her face. The end of the episode sees Michelle at her lowest. Since the start of the show, it is clear how important it is for her to be accepted by her classmates. Now, with the entire school, including her closest friends, shunning her, the high school senior is utterly helpless. She goes to prom on the coaxing of a classmate despite knowing what the attitudes of other students towards her will be like. However, it appears that things are actually worse than even Michelle imagines.

Feeling like an outcast at the high school party, Michelle imagines Conrad at the dance with her. This is quite symbolic because, just like her boyfriend, she now feels like a complete outsider amongst her own peers. Unable to control her emotions, Michelle leaves prom. The experience might just make her more sympathetic toward what Conrad is going through. Once home, Michelle begins running incessantly on the treadmill, showing us just how traumatized she is.

Why is Dr. Breggin helping Michelle?

Dr. Peter Breggin arrives unannounced at the office of Michelle’s lawyer Joseph Cataldo and offers his services for free. The lawyer at first doesn’t take the doctor seriously until the latter begins rattling off a number of ways in which Michelle’s medication could have “intoxicated” her, resulting in skewed judgment. The more Joseph hears, the more he is impressed by the doctor’s reasoning, even more so when Dr. Breggin mentions that his testimony has previously led to acquittals in multiple cases.

At a time when the prosecution has built a strong case and Michelle looks increasingly culpable for being involved in Conrad’s death, Dr. Breggin’s offer to help is invaluable. Saying that he doesn’t want to be paid, the doctor clarifies that he feels it is his duty to raise awareness about the dangers of big pharma. Thus, by helping Michelle, he says he is merely doing his civic duty by showing people how specific medications can affect people’s actions. Surprisingly, the prosecution doesn’t feel too threatened by Dr. Breggin’s presence, so just how much his medical testimony helps Michelle remains to be seen.

Read More: Conrad-Michelle Texts: What Were the Messages Exchanged on the Day Conard Died?