Is Dopesick’s Bridget Meyer Based on Real Person? 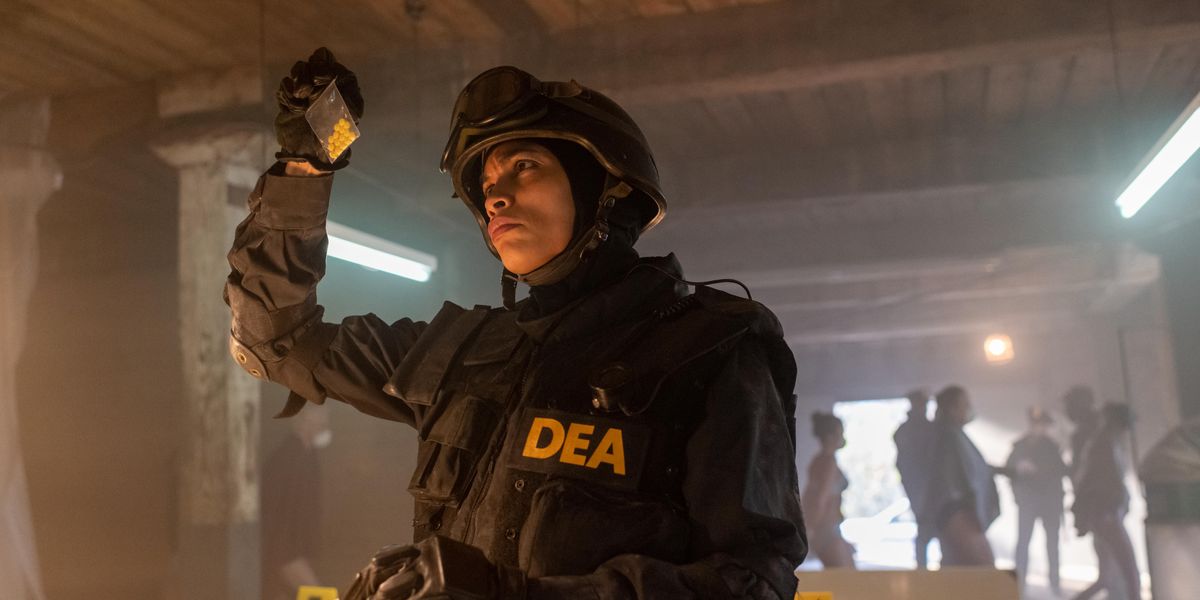 ‘Dopesick,’ created by Danny Strong, is a drama series based on Beth Macy’s novel of the same name. The series explores the impact of OxyContin – an opioid-based drug launched by Purdue Pharma – on American society and its role in the country’s opioid crisis. While the drug adversely affects several characters, Bridget Meyer is one of the first to question Purdue Pharma’s claims regarding OxyContin and its marketing.

Meyer’s investigation is crucial in encouraging others such as Rick Mountcastle and Randy Ramseyer to investigate Purdue Pharma. Given that the story is inspired by actual events, viewers must be wondering whether Bridget Meyer is based on a real person. If you are looking for answers in those regards, we’ve got you covered! Here is everything you need to know about Bridget Meyer in ‘Dopesick.’ SPOILERS AHEAD!

Who Is Bridget Meyer?

Bridget Meyer first appears in the series premiere episode of ‘Dopesick,’ titled ‘First Bottle.’ She works in the United States Drug Enforcement Administration (DEA) and learns about the misuse of OxyContin. Purdue Pharma claims that OxyContin is non-addictive, unlike other opioid-based drugs. Meyer discovers that dealers are selling OxyContin alongside Cocaine during a drug bust.

She realizes OxyContin has become one of the most abused drugs in the country, and Meyer decides to investigate Purdue Pharma’s marketing and the drug’s FDA approval to expose the truth. Soon, Meyer is removed from field duty due to her aggressive approach. Moreover, Meyer’s obsession with stopping the opioid crisis adversely affects her marriage, and she divorces her husband.

In the series, actress Rosario Dawson essays the role of Bridget Meyer. Dawson is known for her role as Claire Temple in Marvel Comics-based shows such as ‘Daredevil,’ ‘Luke Cage,’ and ‘Jessica Jones.’ Some viewers will also recognize the actress as Ahsoka Tano from ‘Star Wars’-universe shows like ‘The Mandalorian‘ and ‘The Book of Boba Fett.’

Is Bridget Meyer Based on Real Person?

No, Bridget Meyer is not directly based on a real person. The character is a fictional creation to further the show’s narrative. However, the creators drew inspiration from the stories of several real people to craft the character of Bridget Meyer. In an interview with The Hollywood Reporter, Rosario Dawson opened up about the inspiration behind her character. The actress revealed that creator Danny Strong constructed her character after conducting interviews with several people with first-hand experience of the opioid crisis.

“Some folks didn’t want to be a part of the project, vehemently so, because they were so burned by (the opioid crisis), which I thought was very telling,” Dawson said, explaining why her character does not resemble any single real person. “I felt like my character, being a composite of multiple people, was representing something very specific that was even kind of at odds within the DEA,” said added.

Dawson’s character allows the story to explore the early investigation into OxyContin and its abuse, which falls under the purview of the DEA. However, several individuals likely conducted this investigation in reality. Therefore, using a fictional character allows the makers to streamline this particular plot thread. Ultimately, Bridget Meyer is a composite character molded through the experiences of several people. However, her story is fictional, and no such person actually exists.