Is Eagle Eye Based on a True Story? 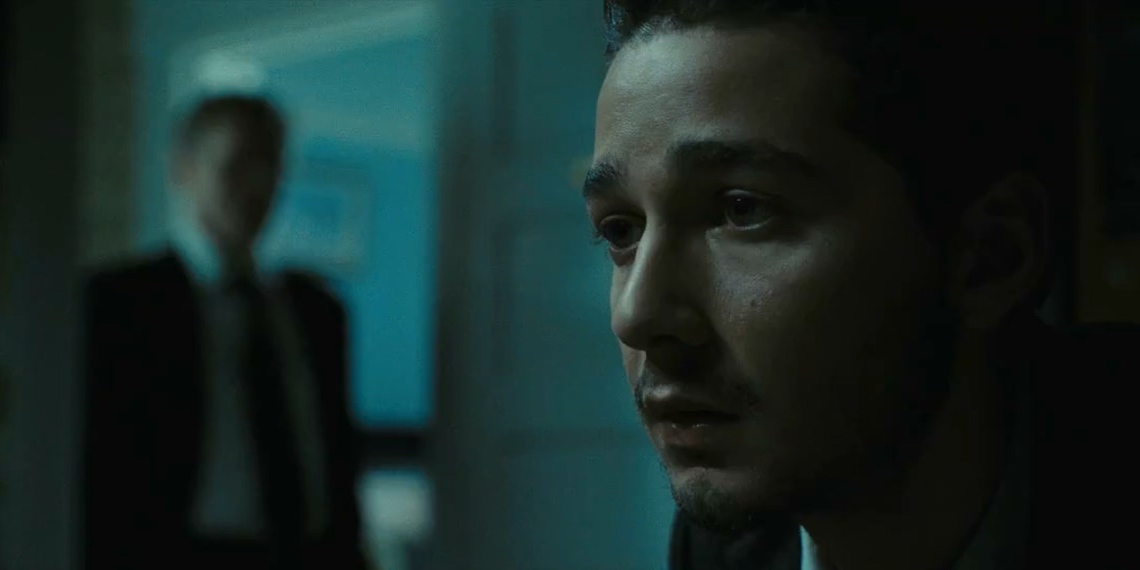 D.J. Caruso brings to the plate a gritty and ominous action thriller in the 2008 Shia LaBeouf vehicle ‘Eagle Eye.’ The story revolves around underdog hustler Jerry, who is thwarted off-balance by the news of his elder brother’s death. Jerry returns to find his room full of explosives and military specs and gets a call from a mysterious woman. The woman asks him to flee the scene before the FBI raids the place.

The FBI does raid the place shortly after and takes Jerry into custody. After failing to make them understand that he has nothing to do with the stuff in his room, Jerry goes on a run and meets single mother Rachel. Together, they must decode the mystery of the intimidating woman behind the phone. The movie may be highly entertaining, but you are perhaps busy investigating the credibility of the story. If so, let us probe further into the matter.

Is Eagle Eye Based on A True Story?

No, ‘Eagle Eye’ is not based on a true story. D.J. Caruso directed the movie from an original script penned by John Glenn, Travis Wright, Hillary Seitz, and Dan McDermott. The screenplay was developed from a story written by Dan McDermott. Although action thriller is a genre that does not often conceal any objective truth about the world, this movie comes off as a gripping thriller based on a solid premise.

Dan built his story based on an idea by Steven Spielberg, who took the crux of the story from canonical sci-fi novelist Isaac Asimov’s short story ‘All the Troubles of the World.’ As Spielberg became busy with his own production ‘Indiana Jones and the Kingdom of the Crystal Skull,’ D.J. Caruso took up the responsibility of direction. At the same time, Spielberg remained attached to the project as an executive producer. Twelve years later, the technology resembled the imagination, and the movie became less of science fiction and more of a retro-futuristic venture.

Shia LaBeouf and Michelle Monaghan paint the film with a dynamic air. The stunts keep the genre fans hooked, while the element of mystery keeps the thriller taut. The gradually escalating action sequences give the movie its ubiquitous essence, after all, and you would be astonished to know that the lead actors themselves covered eighty percent of all the stunts.

D. J. Caruso was acquainted with LaBeouf from their previous collaborating in ‘Disturbia,’ and being on the same page was not difficult for either. You can perhaps also detect a copy of ‘Disturbia’ in the home theatre department scene’s background. This was an easter egg that the director intentionally inserted into the movie. In Circuit City, you can see many classic movie posters, from ‘City of God’ to ‘Full Metal Jacket.’ However, enough about the easter eggs, and now let us move to the question of whether ARIIA the AI is plausibly depicted.

Is there any truth in the menacing and omnipresent AI that wages a single-handed war against democracy? The AI is voiced by famed actress Julianne Moore, who chose to go unnoticed in the credits. However, the veteran star adds a degree of urgency to the unfolding drama. ARIIA allegedly listens in on telephonic conversations, analyzes them for possible security threats, and takes intelligent actions. ARIIA may very well be based on a covert program monitored by the National Security Agency, which made headlines following Snowden’s whistleblowing.

The design of the computer is quite similar to the creation of a Neutrino Detector – orange glass globes arranged in line over a water-filled base in an underground bunker. Therefore, for the lack of better alternatives, the director may have taken some inspiration from real scientific concepts and some sci-fi ventures. The alarm triggered by ARIIA closely resembles the Red Alert klaxon of ‘Star Trek’ franchise. The universe also had an intelligent female-voiced computer system.

Moreover, if you look at ARIIA’s titular eye, you may remember the menacing presence of HAL in Stanley Kubrick’s sci-fi masterpiece ‘2001: A Space Odyssey.’ Like HAL, ARIIA also tries to eavesdrop on human conversations by reading their lips and making autonomous decisions. To put a final world, it seems that the movie blends fact and fantasy to push forth its fictional narrative.