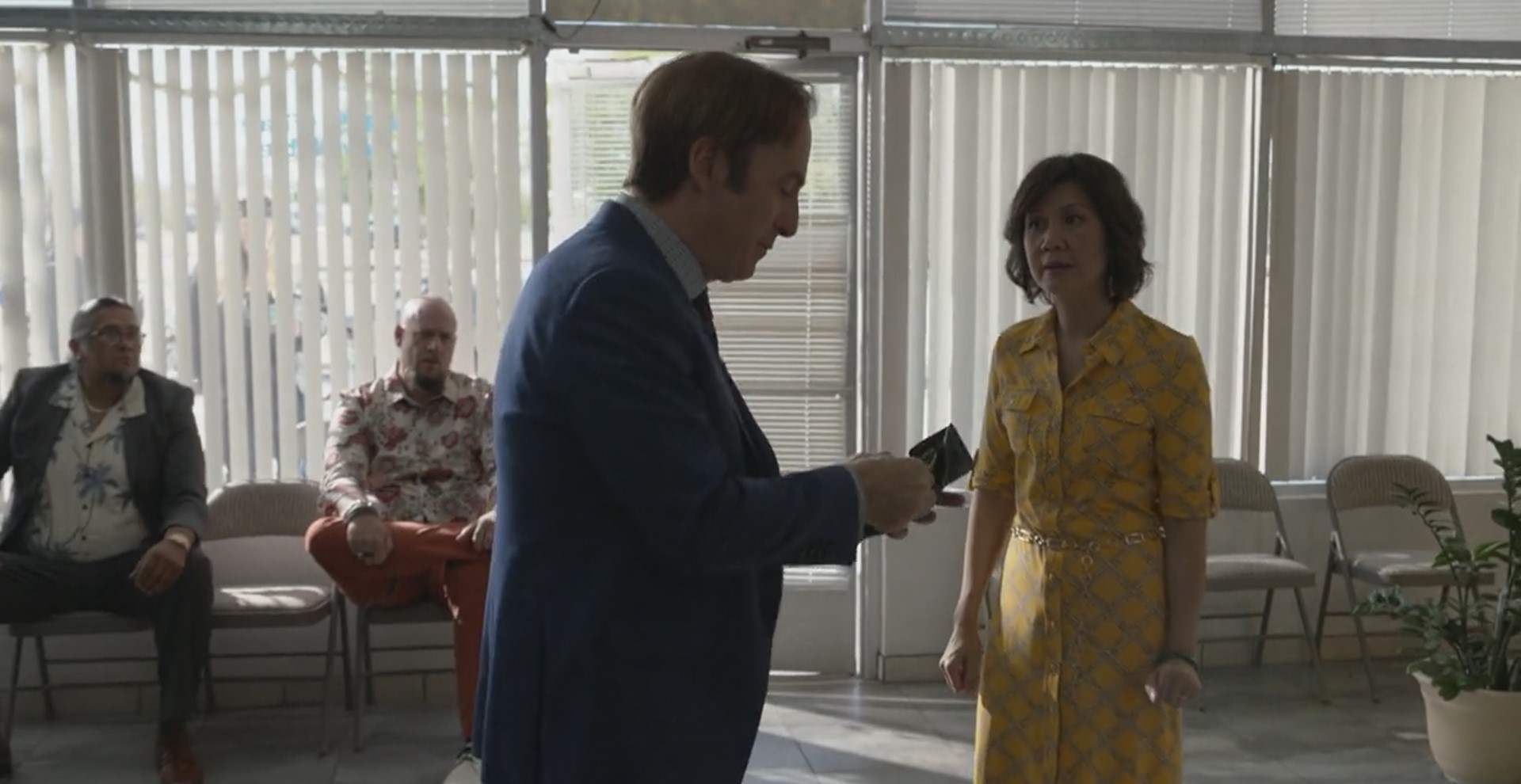 Portrayed by character actor Eileen Fogarty, Mrs. Nguyen is one of the supporting characters in ‘Better Call Saul.’ She doesn’t appear in the prequel series ‘Breaking Bad‘ and is a ‘Better Call Saul’ original. Mrs. Nguyen is Jimmy’s landlady — the owner of Day Spa and Nail, the Vietnamese nail salon in Albuquerque, New Mexico, where Jimmy McGill or Saul Goodman’s office is situated. Jimmy uses the small utility room at the back of the spa as his office.

‘Better Call Saul’ focuses on depicting what Jimmy’s life is before his eventual transformation into Saul Goodman, showcasing Jimmy’s professional and personal struggles and how he completely discards his morality in his pursuit of success. Mrs. Nguyen is one of the witnesses to this radical and inevitable transformation. In season 6 episode 4, titled ‘Hit and Run,’ she evicts Jimmy after too many people arrive at her spa looking to hire Saul Goodman. If you are wondering whether Mrs. Nguyen is leaving ‘Better Call Saul,’ we got you covered. SPOILERS AHEAD.

What Happened to Mrs. Nguyen?

Mrs. Nguyen has been part of the narrative since the pilot episode, titled ‘Uno.’ She learns from one of her cousins that Jimmy has represented three necrophiliac teenage boys and berates him. A running gag in the show involves Jimmy trying to drink cucumber water and Mrs. Nguyen shouting at him that it is only for paying customers. In season 1 episode 4, titled ‘Hero,’ she suggests a hair color for Jimmy, but he seems to prefer his own choice. After learning that colors don’t wash away, Jimmy asks her to just fix his hair.

Mrs. Nguyen continues to appear sporadically throughout the next few seasons as Jimmy can’t yet find sustainable success. In season 4, believing that Jimmy and Kim are having a fight, Mrs. Nguyen advises the former to apologize. The character doesn’t appear in season 5. In season 6, things have drastically changed for Jimmy. After it becomes known that he has represented high-ranking cartel member Lalo Salamanca, he only gets looks of disdain from people that he has known for years at the court. On the other hand, he starts getting calls from prospective clients.

When he arrives at the spa, an actual crowd of people is waiting for him. As Jimmy takes cucumber water and distributes it among the people waiting outside in the sun, Mrs. Nguyen reminds him again that the cucumber water is only for paying customers. In response, Jimmy tells her that all his new clients will pay. However, irritated by the crowd, Mrs. Nguyen evicts Jimmy from her property with “extreme prejudice.” Later in the episode, Jimmy shows Kim the location that will eventually become the headquarters for Saul Goodman & Associates.

Mrs. Nguyen is a recurring character in ‘Better Call Saul,’ appearing in 10 episodes (including ‘Hit and Run’). This is the final season of the series, and writers are closing up various plot threads. This is what happens to the subplot revolving around Jimmy and Mrs. Nguyen. With her finally evicting Jimmy, their story seems to arrive at a conclusion. So, yes, ‘Hit and Run’ most likely marks her final appearance in the show.

Shortly before the sixth season began airing, Eileen Fogarty shared two photos with series co-creator Vince Gilligan on her Instagram page. One was taken in 2016 at the series premiere, and the other was taken in 2022 at the final season premiere. In the caption. Fogarty thanked Gilligan and co-creator Peter Gould for having her “on this unforgettable journey!”