Is Franklin D. Roosevelt’s Assistant Louis from The First Lady Based on a Real Person? 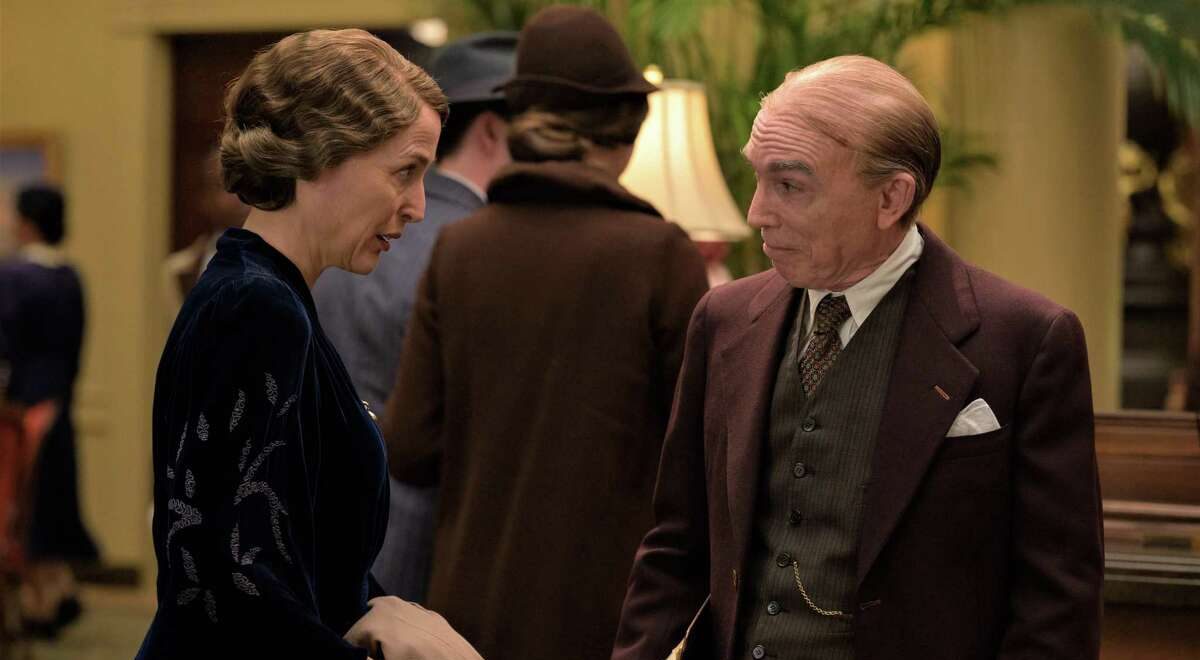 ‘The First Lady’ follows three iconic first ladies of the White House and their struggles and triumphs along the way. The Showtime anthology series presents a detailed view across three distinct timelines as it charts the stories of Michelle Obama (Viola Davis), Betty Ford (Michelle Pfeiffer), and Eleanor Roosevelt (Gillian Anderson). As expected, the narrative introduces a variety of characters across multiple timelines.

Despite the prominent position of the first lady, there is a lot that remains unseen by the public. In the same vein, the show also depicts other characters that play crucial roles in the background. Louis, who appears to be Franklin D. Roosevelt’s go-to person for everything, is one such character. Let’s find out if Louis from ‘The First Lady’ is based on a real person!

Is Franklin D. Roosevelt’s Assistant Louis Based on a Real Person?

Yes, Jackie Earle Haley’s character Louis from ‘The First Lady’ is based on Louis McHenry Howe. He was a reporter turned political advisor who was one of Franklin D. Roosevelt’s most trusted and long-serving advisors. In the show, we are first introduced to Howe’s character shortly before Roosevelt contracts polio and is left partially paralyzed. In reality, Howe had actually become a close ally of the iconic 4-term President many years prior and was essentially part of the Roosevelt household.

Born in Indianapolis, Indiana, on January 14, 1871, Howe came from a wealthy family that suffered serious financial losses and had to move to Saratoga Springs, New York, as a result. He began his career as a journalist. After working with a small newspaper called the Saratoga Sun that his father eventually purchased, Howe spent about a decade freelancing with the New York Herald and covering other stories.

He first met Roosevelt in 1911 while covering the senatorial race between the latter and Tammany Hall. Howe was impressed by Roosevelt’s persistence and earnestness and seemingly realized that he could bolster the latter’s exuberance and charisma with his own experience. Thus began a partnership between Howe and Roosevelt, leading them to the White House and earning the former journalist the nickname of “king-maker.” Louis Howe also helped curate Eleanor Roosevelt’s political career, advising her during her time as the First Lady.

Howe was by Roosevelt’s side during the latter’s run for the New York Senate and also during his 1920 vice presidential run. Howe also took on the role of Roosevelt’s public representative when polio struck and later helped win him the Governorship of New York in 1928. When Roosevelt won the presidential election in 1932, Howe was named his Private Secretary and remained one of the President’s closest confidantes. However, Howe passed away in 1936, shortly before the end of Roosevelt’s first term.

Upon his passing, he was assigned the title “Devoted friend, adviser, and associate of the President” by Roosevelt. Thus, Louis from ‘The First Lady’ is based on a very real and highly influential person who played a pivotal role in Franklin D. Roosevelt’s political career. Remaining out of the spotlight but always in proximity to the iconic politician, the real Louis Howe is exactly the kind of crucial but relatively lesser-known character that the show attempts to detail. It is worth noting that even Eleanor Roosevelt credited Howe for much of her political education, making his character an important one in ‘The First Lady.’