Is The First Lady Based on a True Story? How Accurate is it?

The Showtime anthology series ‘The First Lady’ delves into the lives of three influential first ladies of the United States. The show depicts definitive moments in the lives of the three women in the time leading up to them becoming FLOTUS and their time in the White House. The first season simultaneously follows Michelle Obama (Viola Davis), Betty Ford (Michelle Pfeiffer), and Eleanor Roosevelt (Gillian Anderson) through their respective journeys, shifting from one timeline to another.

Created by Aaron Cooley, the show includes details of some of the most publicized people in the world and their lives behind closed doors. Let’s take a look at just how accurate the narratives depicted in ‘The First Lady’ are.

How Accurate Is The First Lady?

‘The First Lady’ is slated as a biographical drama non-fiction series that takes a close look at the lives of three particular first ladies and their time in the White House. Considering how publicized the life of the First Family of the United States is, the show sticks to all the major real-life elements of the three presidencies that are covered in the first season. Since the show takes the perspectives of the first ladies and attempts to depict their personal struggles and triumphs, a lot of care is also taken in recreating their characters.

The political and social backdrop of the show is also important, considering its subject matter. Thus, much of the story is shaped by major events that occurred before and during each of the presidencies. Events like the death of Martin Luther King’s mother, Alberta Williams King, the Watergate scandal, and many others are recreated on the show with a specific focus on their effects on the East Wing of the White House.

Of course, the show’s most recent timeline also details the Obamas’ time in the spotlight and how they had to repeatedly deal with racism. Ultimately, ‘The First Lady’ is factually accurate, which is necessary for a show dealing with such publicized subject matter. It details major events, timelines, and most of the major characters closely to their real-life counterparts. However, more intimate interactions, like conversations between the show’s central presidential couples, are likely dramatized to an extent.

Is The First Lady Based on True Stories of the Wives of US Presidents?

Much like the show’s treatment of significant events during the time periods it portrays, the narrative also attempts to closely follow the lives of the first ladies it depicts. Thus, publicized aspects of the lives of Michelle Obama, Betty Ford, and Eleanor Roosevelt, especially from the time leading up to and during their stay in the White House, are well covered on the show. The three actresses essaying the central characters also delved deep while preparing for their roles. 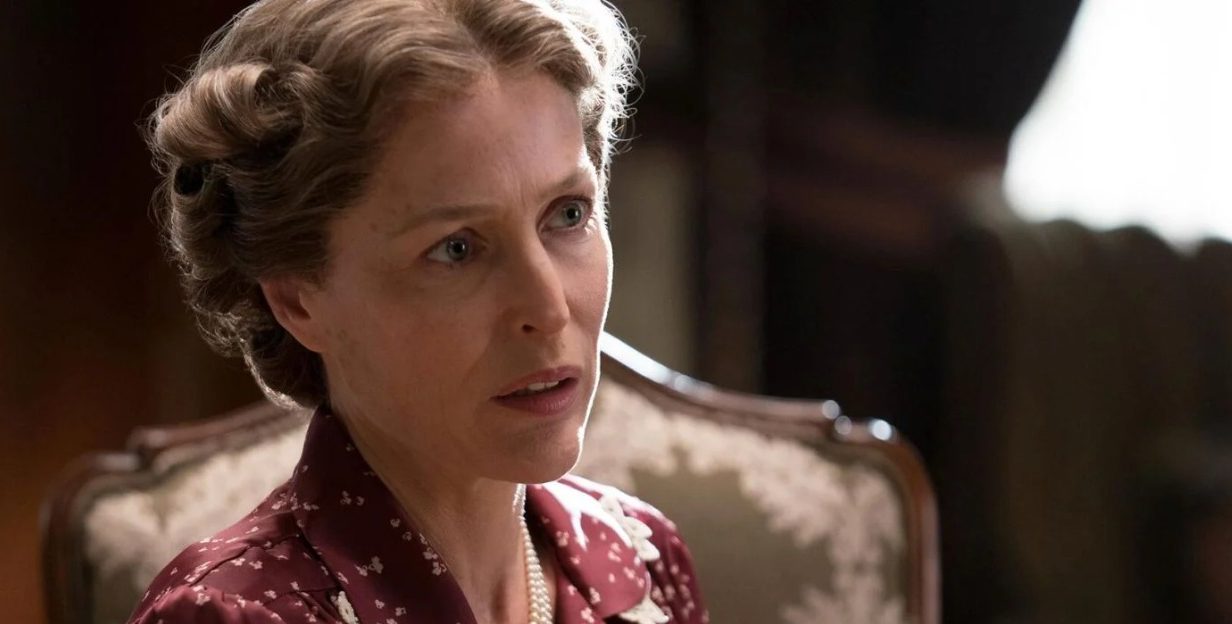 In addition to reading Michelle Obama’s 2018 memoir ‘Becoming’ and watching all the former First Lady’s videos and documentaries, actress Viola Davis also spoke to Michelle Obama. Thus, the show takes inspiration from more than just the true story, actually attempting to fold in the first-hand experiences of at least one of the first ladies. Of course, each of the actresses was daunted by the task of essaying such iconic and public personalities.

Michelle Pfeiffer called the scope of her character, Betty Ford, terrifying and found it particularly challenging to balance aspects like the former First Lady’s struggle with drug addiction with the rest of the character. The show also includes details like Betty Ford’s friendship with her Black housekeeper, Clara. Actress Gillian Anderson wore prosthetics for the first time in order to portray a convincing likeness of Eleanor Roosevelt.

Like in the case of the other central characters, the show’s narrative remains quite accurate to major events in Eleanor’s life, including a glimpse of her childhood from the time when her mother passed away. Ultimately, ‘The First Lady’ attempts and largely succeeds at depicting the true stories of three iconic first ladies of the United States. Their highly publicized lives due to their positions also allow the narrative to be quite detailed.

With the stories being accurate, an equally important challenge that the show tries to surmount is capturing the personas and personalities of the three women through its accomplished central cast. Although it is relatively simple to verify that ‘The First Lady’ sticks to the facts and is based on the true stories of the wives of the former US Presidents, whether it is able to accurately capture their distinctive personalities remains debatable.