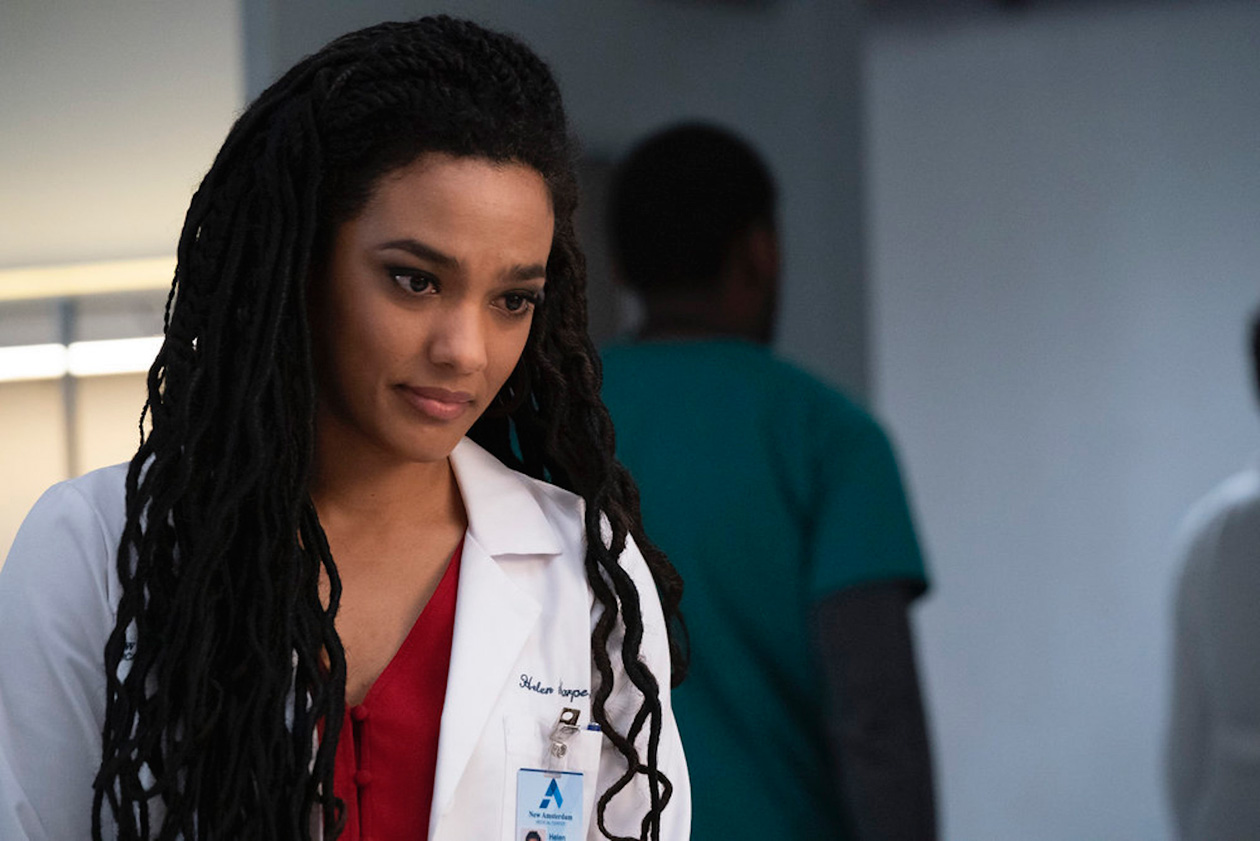 ‘New Amsterdam‘s masterful storytelling and character development make us feel as if we too are a part of the characters’ lives. But this incredible feeling also makes their departure from the show perceived as a personal loss. Thus, viewers were ecstatic when Freema Agyeman’s character, Helen Sharpe, finally gets romantic with Max Goodwin in the opening episode of season 4. However, with Helen suddenly reminiscing about her home and expressing a desire to return to England, fans are worried that Agyeman might be set to exit the series. Let’s dig in and find out if the actress is indeed leaving ‘New Amsterdam.’

What Happened to Helen Sharpe?

In the series, Helen’s story arc is closely linked with that of Dr. Max Goodwin. While treating him for cancer, Helen realizes the gravity of the situation, which naturally scares her. With time, they seem to develop feelings for each other, which makes Helen resign from her duty as Max’s doctor. But their relationship doesn’t take off as Helen dates Dr. Panthaki instead and subsequently Dr. Cassian Shin. But things start looking different towards the end of the third season, particularly when the chemical leak at the hospital leaves Max’s life hanging in the balance.

In season 3 episode 12, when Max is no longer in danger, he begins to reassess his life and makes it quite evident how he feels towards Helen. Recently, in the premiere episode of season 4, Helen and Max finally give in to their feelings and end up kissing. However, Helen begins to seriously consider a job as the medical director at her former London clinic. This results in Max realizing that a long-distance relationship may not work. Thus, unwilling to let go of Helen, Max too decides to follow her to England. Naturally, this made fans fear the worst as Max and Helen might be leaving the New Amsterdam hospital. So, does that hint at Agyeman’s departure?

Currently, it is unclear if Freema Agyeman is leaving ‘New Amsterdam’ as there has been no news confirming the same. Since the show portrays Helen and Max announcing that they will be leaving for England, it opens up a whole new angle to their relationship. Besides, in a recent interview in September 2021, the series creator David Schulner addressed the matter. He insisted that Max and Helen will be leaving New Amsterdam. However, he said that the couple will be tying up several loose ends and will have quite a lot to do before leaving their jobs at the titular medical center.

So, although Max and Helen will go to England, the show might follow the characters’ personal and professional adventures as they step into a new phase in life. Moreover, Max’s situation is slightly complicated, given he has his daughter Luna to factor in. As seen in season 3, Max faces a lot of trouble from Georgia’s parents, whom he fights to keep custody of his daughter. With that in mind, there is a lot that Max and Helen might have to work out. Therefore, with no official word on Agyeman’s supposed departure, we believe that she might stay around for a while.

Read More: Do Helen and Max Get Together in New Amsterdam?