Is Good Luck to You, Leo Grande Based on a True Story? 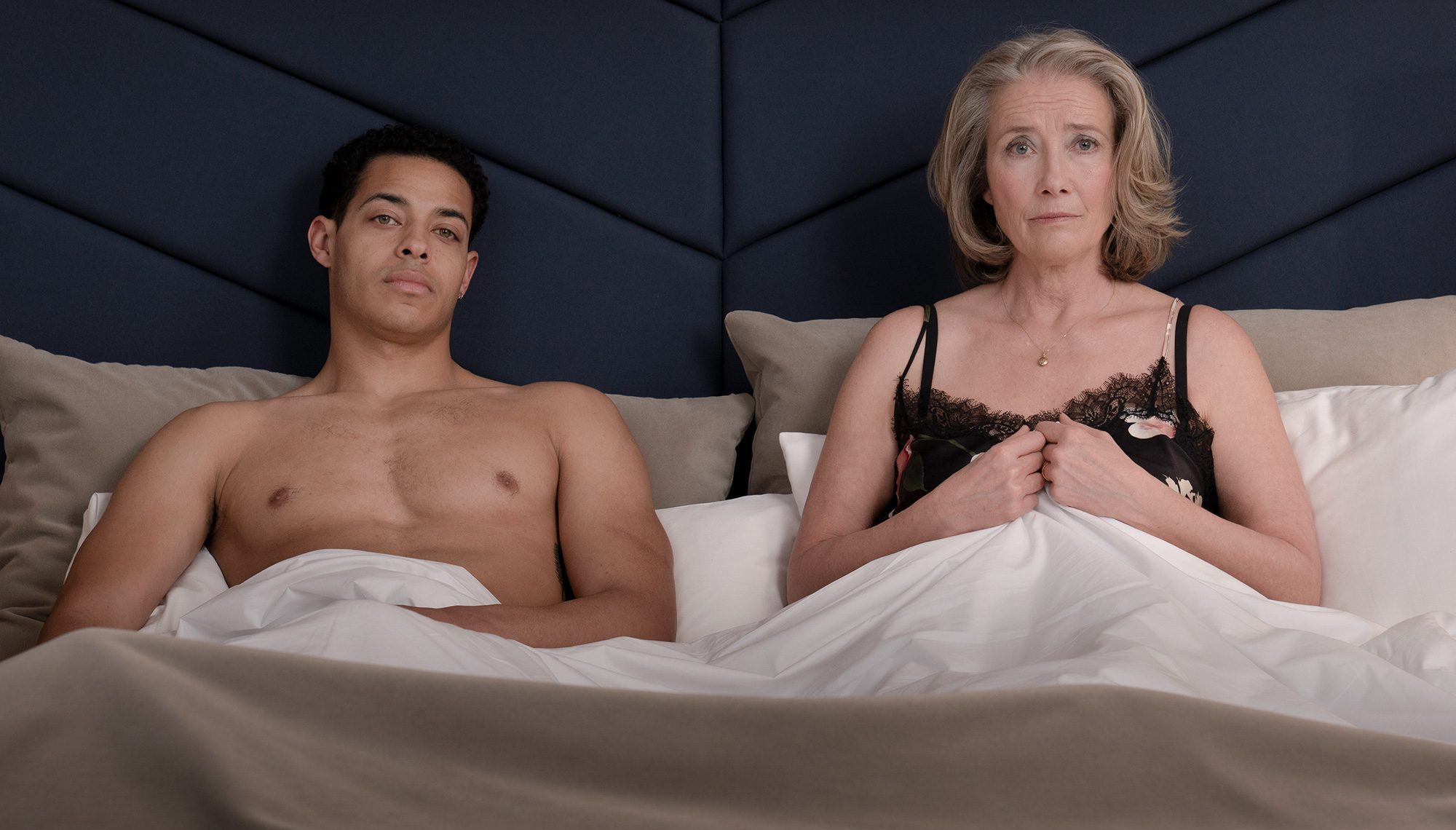 Directed by Sophie Hyde, ‘Good Luck to You Leo Grande’ is a sex comedy-drama film about two people, in different stages of their lives, meeting in a hotel room. Nancy Stokes (Emma Thompson) is a 60-something widow and retired school teacher who was married for decades but has never achieved sexual satisfaction. Seeking connection, pleasure, and a little adventure, she hires young and handsome sex worker Leo Grande (Daryl McCormack) for a session.

When Nancy’s first experience emboldens her, she hires Leo for several other sessions, and the two form a connection that drastically alters their views of life.’Good Luck to You, Leo Grande’ is an optimistic movie that seeks to eradicate the ageist notions around sexual awareness. In the course of the film, two people, lonely in their own way, come close and interact, bringing positive changes to each other’s lives. If you are wondering whether ‘Good Luck to You, Leo Grande’ is inspired by actual events, we got you covered.

Is Good Luck to You, Leo Grande a True Story?

No, ‘Good Luck to You, Leo Grande’ is not based on a true story. The film is adapted from a script written by Katy Brand, who has earlier worked in TV shows like ‘Glued.’ The idea for the film, especially the opening scene, had been stuck in Brand’s head for a while. She realized that she wanted to know what happened to the characters, and the only way she could do that was to write the script. When asked in an interview whether she wrote the script with the COVID-19 restrictions in mind, Brand stated that she wrote it just before the pandemic in January 2020, when no one knew what would happen. 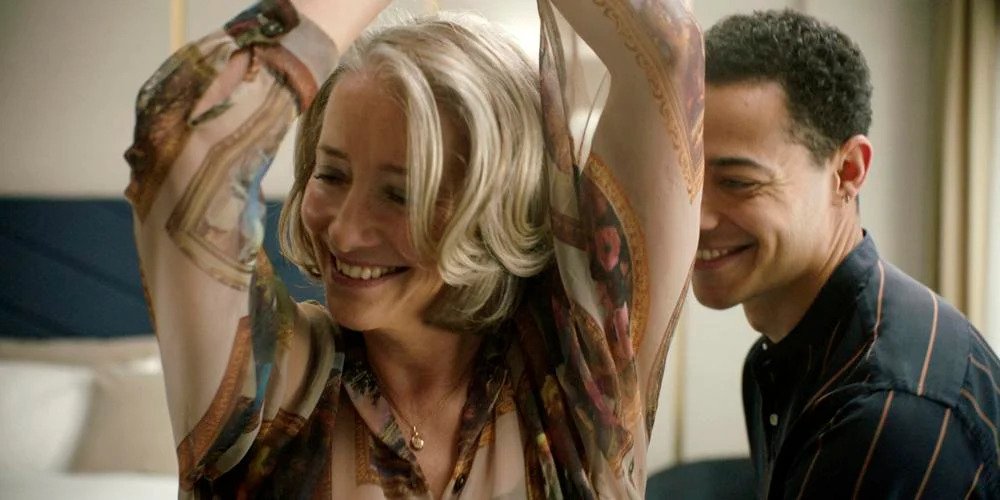 Brand added that as she had come from television, she had always tried to write things that would be reasonably inexpensive to make because then it would have a better chance to be developed. As mentioned above, she finished it by January 2020 and was almost sure that it would never get made, but fortunately, she was proven wrong. In June of that year, Brand spoke to producer Debbie Gray, who was looking for a script that could be filmed while adhering to the COVID-related restrictions, and told her about ‘Good Luck to You, Leo Grande.’

The film’s central motif is not something regularly addressed in cinema, if at all. However, Brand didn’t approach the subject from the perspective of an activist and instead went about it like any of her other projects. She wrote ‘Good Luck to You, Leo Grande’ because she found the core idea interesting and entertaining. At the same time, she is delighted that people are taking away a very positive message of being comfortable in their skin from the film.

To prepare for his role, McCormack spoke to several sex workers. On the other hand, Thompson stated that she had always known her character. “I know the history in this country [the UK], particularly, of the puritanical responses to sex…The inability to talk about it, or recognize its difficult nature.” she elaborated in an interview with Variety. The ‘Cruella‘ actress added, “The conversations that exist around sex in my culture are either depressing, or just not very inspiring.”

Thompson continued, “I’m sure she’s not uncommon – a woman of 62 who’s never had an orgasm, even on her own. And I think it’s not uncommon in many cultures, because female pleasure is disapproved of in most religions, and most moral structural setups; it’s absolutely fine for women not to feel pleasure. And not to have appetites of any kind. It’s preferable, really. We’ve got a history of repressing pleasure, and in particular history of repressing sex, repressing female sexual pleasure. So, Nancy, I think, is very normal.”

The movie is dialogue-heavy and predominantly confined to a hotel room. And yet, it doesn’t feel claustrophobic or even like a stage production because the camera of cinematographer Bryan Mason is constantly moving, documenting the minimal movements of the two characters. ‘Good Luck to You, Leo Grande’ evidently has multiple aspects where it mirrors reality; however, it’s ultimately not based on a true story.