7 Movies Like Good Luck to You, Leo Grande You Must See

Directed by Sophie Hyde, ‘Good Luck to You, Leo Grande’ is an unusual sex comedy-drama film. Predominantly set inside a hotel room, it follows Nancy Stokes (Emma Thompson), a 60-something widow and retired school teacher, who hires the services of the young and handsome sex worker, Leo Grande (Daryl McCormack). Soon, they have several sessions and help each other find what they are looking for. If you have watched the heartwarming movie and liked it, here is a list of recommendations that might suit your taste. You can watch most of these movies like ‘Good Luck to You, Leo Grande’ on Netflix, Hulu, or Amazon Prime.

‘The Escort’ is a relatively light-hearted romantic comedy and the perfect film to start the list. It revolves around Mitch, a journalist and sex addict. After losing his job, he gets the chance to work for another magazine under the condition that his submission should be more interesting than his competitors. Thus, Mitch bases the article on Natalie AKA Victoria, a Stanford-educated sex worker he encounters.

Natalie eventually agrees under one condition — Mitch will serve as her security, and romance inevitably seeps into this transactional relationship. Like the one between Leo and Nancy, the relationship between Mitch and Natalie helps them grow individually. Moreover, while neither Leo nor Natalie particularly needs saving from their lives, it is underscored in both films that they are victims of their circumstances.

In ‘Pretty Woman,’ released a decade later in 1990, actor Richard Gere character Edward famously romances a sex worker named Vivian (Julia Roberts). In the crime-drama movie ‘American Gigolo,’ his character is the one involved in the oldest profession in the world. Gere’s Julian Kay is a high-end male escort servicing an upper-class female clientele in Los Angeles.

Kay’s life takes a dark turn when he gets charged with murder after the death of one of his clients. When it seems that all hope is lost, help comes from an unexpected corner. Although thematically, there is little similarity between ‘Good Luck to You, Leo Grande’ and ‘American Gigolo,’ both films strive to offer an earnest depiction of the life of a male escort.

One of the key aspects of ‘Good Luck to You, Leo Grande’ as a film is the exploration of sexuality among the people in Nancy’s age bracket, which doesn’t happen often. The romantic drama ’45 Years’ is a rare exception that follows Geoff and Kate Mercer, a couple that has been together for 45 years. When the former learns that the body of his long-dead German lover Katya has become visible due to melting snow in Switzerland, old memories come rushing back. Meanwhile, Kate discovers that Katya looked how Kate used to when she was younger and soon begins questioning all the decisions she and Geoff have made over the years.

Based on the 1985 namesake epic romance novel by Nobel-laureate Gabriel García Márquez, ‘Love in the Time of Cholera’ is a romantic drama about the persistence of love encompassing over five decades. Florentino Ariza meets Fermina Daza and falls in love with her, and although it is reciprocated, the latter’s father convinces her to marry Dr. Juvenal Urbino.

Fifty years pass and the doctor suddenly dies, allowing Florentino, now a successful businessman, to re-enter Fermina’s life. ‘Love in the Time of Cholera’ and ‘Good Luck to You, Leo Grande’ have several themes in common, but the former takes them to a different level. Ultimately, it’s about love that burns bright and hot for over 50 years. 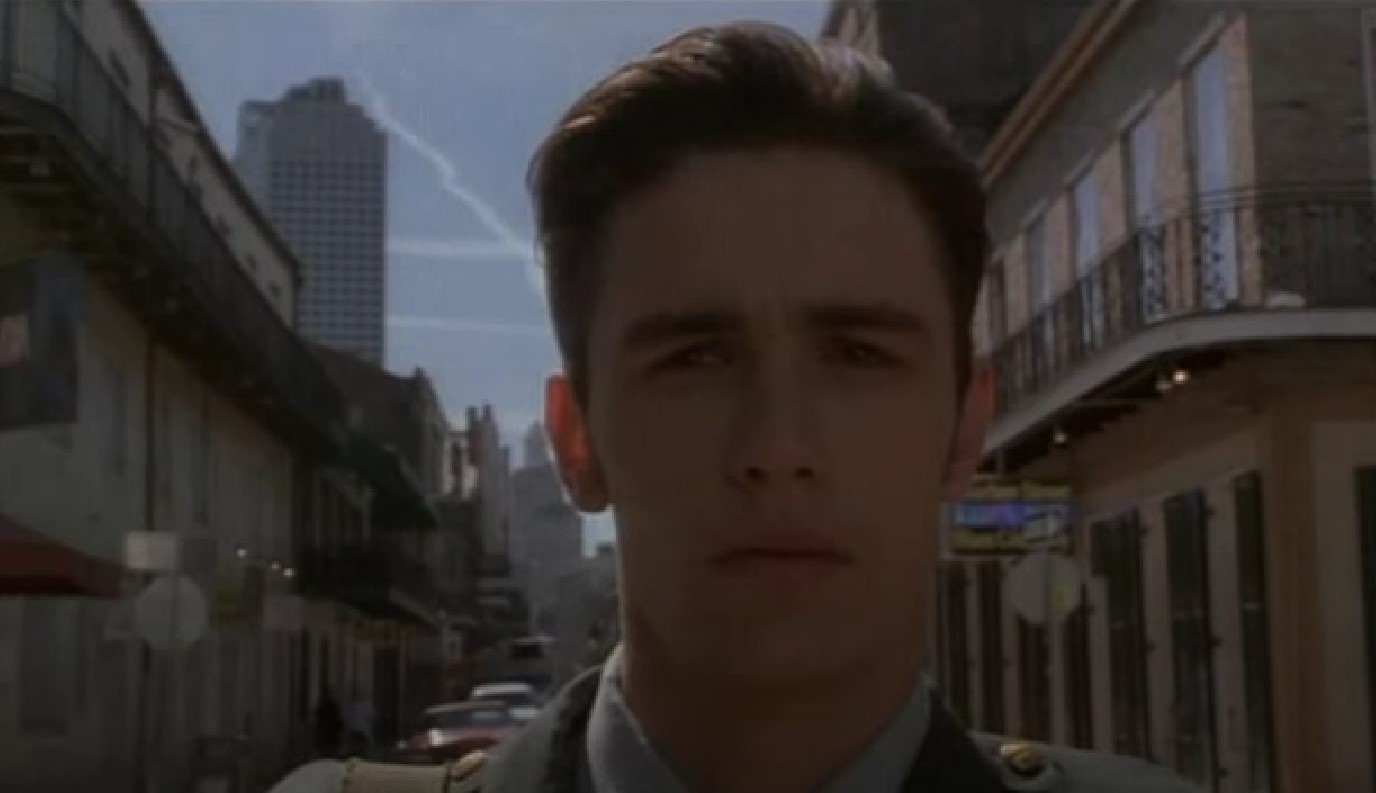 A crime-drama movie set in the 1980s, Nicolas Cage’s ‘Sonny’ (James Franco) revolves around the eponymous character, who returns home from the military. In the past, he used to work for his mother, Jewel, as a sex worker, but he hopes for a better life this time. However, when that doesn’t happen, Sonny is forced to return to the brothel. There, he meets his mother’s latest protégé, Carol (Mena Suvari), and they begin to dream together of life beyond prostitution. Both Leo and Sonny are sex workers who have complex relationships with their mother and serve as the titular protagonist of their respective stories. 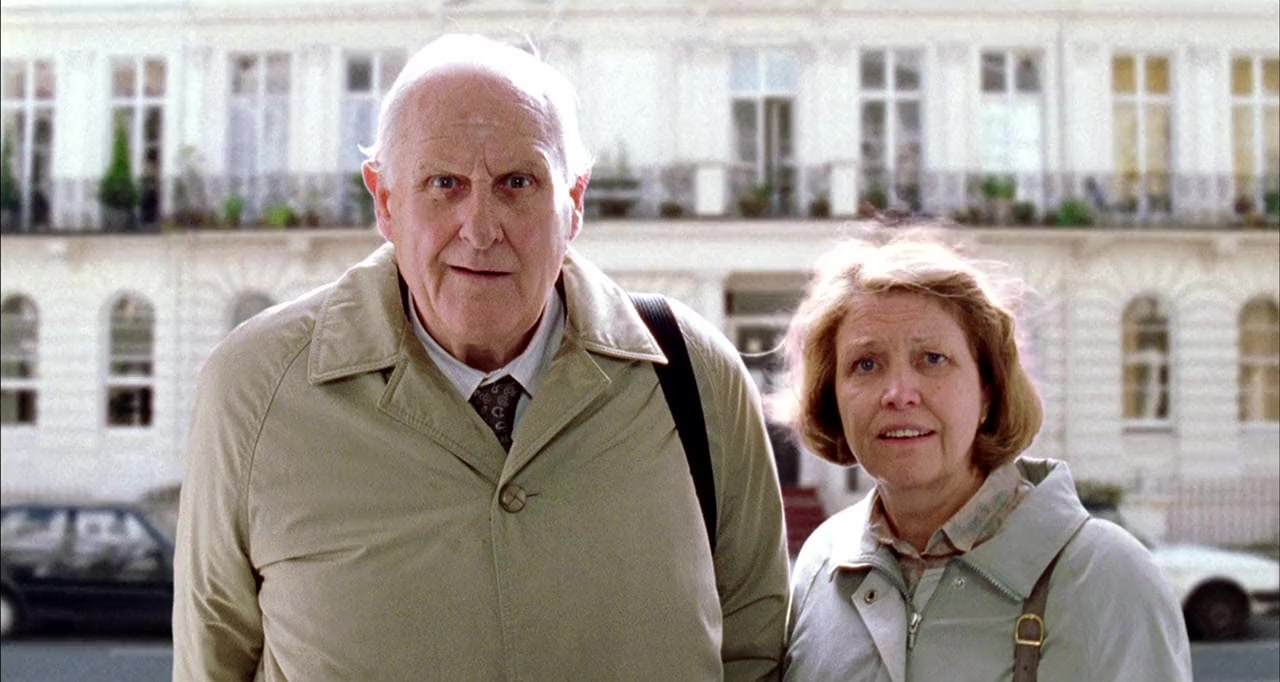 Like Nancy of ‘Good Luck to You, Leo Grande,’ May (Anne Reid) in the drama movie ‘The Mother’ has led a life adhering to social expectations. However, things begin to change after her husband’s death. May begins a relationship with Darren (Daniel Craig), who happens to be her daughter’s boyfriend. Meanwhile, her daughter tries to convince her to date a man her age. The journey that May finds herself on might be bigger in scope than that of Nancy, but both women are ultimately searching for the same thing — a way to reinvent themselves.

One of the most celebrated romance films of all time, ‘Amour’ won the Palme d’Or at the 2012 Cannes Film Festival and the Academy Award for Best Foreign Language Film at the 85th Academy Awards. The French romantic drama revolves around the elderly couple Georges and Anne Laurent and chronicles the conclusion of their long love story.

After Anne suffers a stroke, she makes George promise that he will not leave her at a hospital or nursing home, and he subsequently becomes her primary caretaker. Like ‘Good Luck to You, Leo Grande’ and several other entries in the list, ‘Amour’ celebrates the emotions and desires of an age bracket that is often forgotten.

Read More: Is Good Luck to You, Leo Grande Based on a True Story?