Is Halston Based on a True Story? 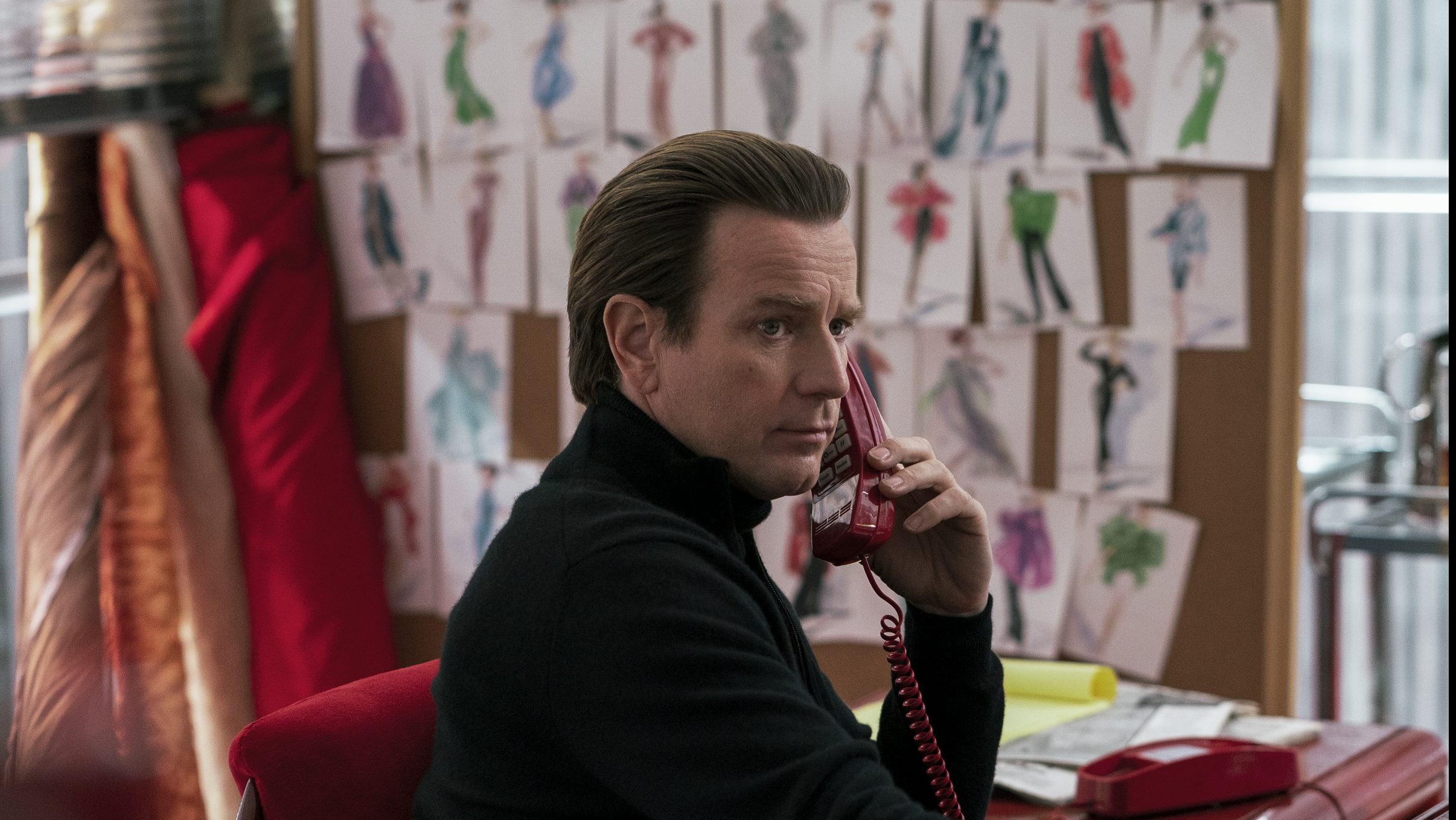 ‘Halston’ is a limited series on Netflix that tells the story of an iconic fashion designer. Based on the book ‘Simply Halston’ by Steven Gaines and featuring Ewan McGregor as the namesake protagonist, the show follows his rise in the glamorous fashion industry of the 70s and 80s. Depicting many real-life celebrities like Liza Minnelli as well as the iconic Studio 54 in New York City, the period series is steeped in history. But is it based on a true story? We decided to find out. Possible Spoilers Ahead.

Is Halston Based on a True Story?

Yes, ‘Halston’ is based on a true story. Roy Halston Frowick, popularly known as Halston, as is the clothing brand he established, was a fashion designer who rose to international fame in the 70s. He initially started by designing and making women’s hats and became well known after Jacqueline Kennedy wore a pillbox hat designed by him to the Presidential inauguration of her husband, John F. Kennedy. Known for his clean-cut designs using luxurious materials like silk, chiffon, and cashmere, Halston’s aesthetic later became extremely popular in the urban-chic community.

Touted as “America’s first superstar fashion designer,” Halston’s clothing line, Halston Limited, attracted celebrities like Gene Tierney, Elizabeth Taylor, and Liza Minnelli to his boutiques. His namesake line of perfumes earned $85 million in sales between 1975 and 1977. Halston was also a fixture on the party circuit and was regularly seen at Studio 54 in New York City. In the 80s, through a series of unfortunate business decisions, he eventually lost control over his company and passed away in 1990 from AIDS-related health complications.

The rich tapestry that is Halston’s life makes for compelling viewing, and the eponymous Netflix miniseries follows the designer’s rise, artistic passion, and glamorous lifestyle and also touches upon the AIDS crisis in New York City. However, there have been claims from his family that the depiction on the show is not accurate. A press release from the late fashion icon’s niece Lesley Frowick stated, “The HALSTON Archives and Family were not consulted on the upcoming Netflix series involving an inaccurate, fictionalized account of famed fashion designer, ‘Halston.’

The statement further read: “The HALSTON Archives remains the only definitive and comprehensive source on the man and his legacy as the personally appointed custodian of his private papers and effects.” Frowick is the CEO of The Halston Archives and has also produced a documentary titled ‘Halston: The Original Fashion Mogul’ on her uncle’s life. However, this is not the first time that the family of a celebrated fashion designer has protested a biographical depiction of the icon.

The second season of FX’s true crime anthology series, titled ‘American Crime Story: The Assassination of Gianni Versace,’ was deemed “a work of fiction” by the Versace family. FX, however, stood by the series and its sourcebook ‘Vulgar Favors by Maureen Orth,’ saying that it was well researched. The executive producer of the show, Ryan Murphy, who incidentally holds the same credit for ‘Halston,’ also added that the show was a non-fiction docudrama, and not a documentary, and hence included a few dramatic elements. The crime film ‘House of Gucci,’ directed by Ridley Scott, similarly left the Gucci family “disappointed.”

The book that serves as the source material for ‘Halston’ is written by Steven Gaines, a writer, journalist, and radio show host. Gaines is known for his biographies and has co-written the international bestseller ‘The Love You Make: An Insider’s Story of the Beatles.’ He also spent a year on the road with musician Alice Cooper that resulted in the 1976 autobiography penned by Gaines called ‘Me, Alice.’ In the fashion industry, apart from Halston, Gaines has also written the biography of Calvin Klein.

However, the accomplished writer had faced the ire of Halston himself in the past when he collaborated with a young bartender from Studio 54 and wrote ‘The Club.’ Though the book was successful, Gaines was shunned for his veiled portrayal of Studio 54 by many of the celebrities that were regulars there, including Halston. Despite the conflicting claims regarding the accuracy of the content, the fact that (some) people who knew Halston closely were consulted for ‘Halston’ means that the show’s creators are making an effort to keep it authentic enough. 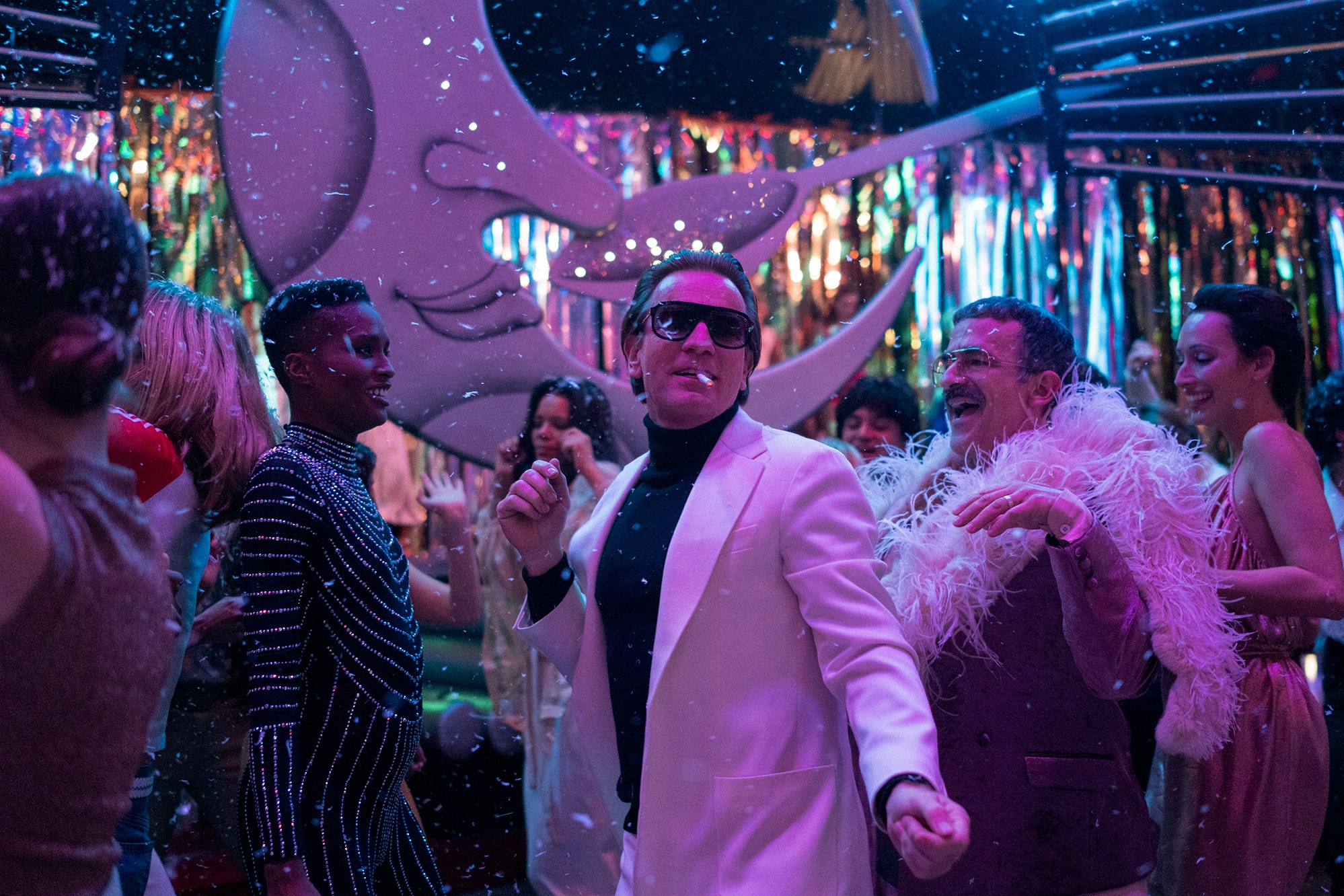 In an interview with Vogue, executive producer Ryan Murphy revealed that before the show was shot, lead actor McGregor, who essays Halston, had a private discussion with Halston’s close friend of many years, Liza Minnelli, about the life of the fashion designer. Murphy went on to state how the show attempts to detail Halston and Minnelli’s friendship, apart from other aspects of his life like his artistic journey, and the fact that he was the first designer to insist on having African-American models at all his shows.

Though there might be parts of the story that are fictionalized for dramatic effect or for lack of details about what actually transpired, there is a lot about Halston that seems to be accurately represented in the show. Being a major celebrity, any significant deviations from Halston’s actual life will be immediately noticed. Therefore, we can say that although ‘Halston’ is more or less based on the true story of the iconic designer’s life, it is definitely not a documentary.

Read More: Where is Halston Filmed?