Is Hawkeye on Netflix, HBO Max, Hulu, Prime, or Disney+? 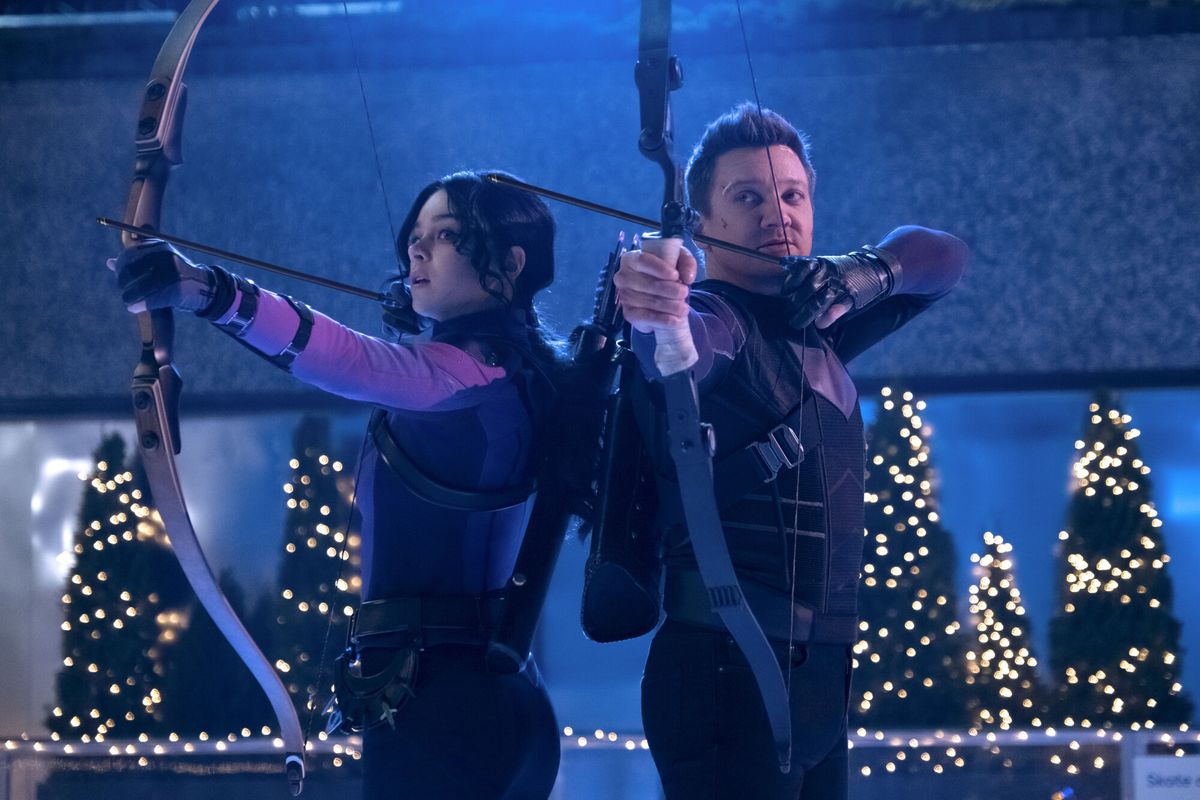 Created by Jonathan Igla, ‘Hawkeye’ is an action-adventure series that is part of Marvel Cinematic Universe’s Phase Four. The storyline of the show continues after the events of the film ‘Avengers: Endgame.’ It follows Clint Barton, who is determined to reunite with his family for Christmas. But for that, he must fight his enemies, and so, he is joined by young archer Kate Bishop.

The superhero series stars Jeremy Renner, Hailee Steinfeld, Vera Farmiga, Tony Dalton, Fra Fee, Brian d’Arcy James, Alaqua Cox, and Zahn McClarnon. Naturally, Marvel fans must be eager to find out more about the show and how one can watch it. The good news is we’ve got the information you need right here!

What is Hawkeye About?

Set in New York City post-Blip, all that former Avenger Clint Barton wants to do is be home with his family for Christmas. However, it seems that his past comes back to haunt him at the most inopportune time. It turns out that as Ronin, he made a fair share of enemies who are not ready to let things slide. On the other hand, there is Young Avenger Kate Bishop, an archer who wants to be a superhero. It seems that she is the person Clint needs to get home successfully. Moreover, Kate takes on the role of Hawkeye after Clint Barton. The limited series is special indeed! Now, let us look at all the options you have if you want to watch the show.

Is Hawkeye on Netflix?

Netflix subscribers are going to be disappointed to hear that ‘Hawkeye’ is not available on the streamer. Moreover, it seems unlikely that it will be added to its catalog in the future as well. But fret not, as Netflix has other Marvel shows that you might like. They are ‘Daredevil,’ ‘Luke Cage,’ and ‘The Punisher.’

Is Hawkeye on Hulu?

Unfortunately, ‘Hawkeye’ is not available on Hulu. But we can recommend a few Marvel shows that might be right up your alley, such as ‘Runaways’ and ‘Helstrom.’

Is Hawkeye on Amazon Prime Video?

Amazon Prime Video has an extensive library of entertaining films and TV shows. But unfortunately, you will have to look for ‘Hawkeye’ on other platforms since it is not accessible on the service. Instead, you can watch superhero shows like ‘Invincible’ and ‘The Boys.’

Is Hawkeye on HBO Max?

‘Hawkeye’ is not a part of HBO Max’s catalog. But if you are willing to give some DC shows a shot, we suggest watching ‘Doom Patrol’ or ‘Stargirl.’

Is Hawkeye on Disney+?

Disney+ subscribers will be happy to know that ‘Hawkeye’ is available on the streamer. The miniseries releases on November 24, 2021, and is expected to wrap up on December 22, 2021, after airing six episodes. You can watch the Marvel series right here!

Where to Watch Hawkeye Online?

Since ‘Hawkeye’ is a Disney+ Original, the show is not available on any other online platform. So, if you want to watch the show, all you need is a subscription to the streamer.

How to Stream Hawkeye for Free?

Disney+ no longer offers a free trial, so there is no way to watch the show free of charge. However, purchasing a subscription is a viable option. After all, the streaming service provides access to an array of excellent TV shows and films. You can buy the standard subscription for $7.99 per month or $79.99 per annum.