Is Honor Society on Netflix, HBO Max, Hulu, or Prime? 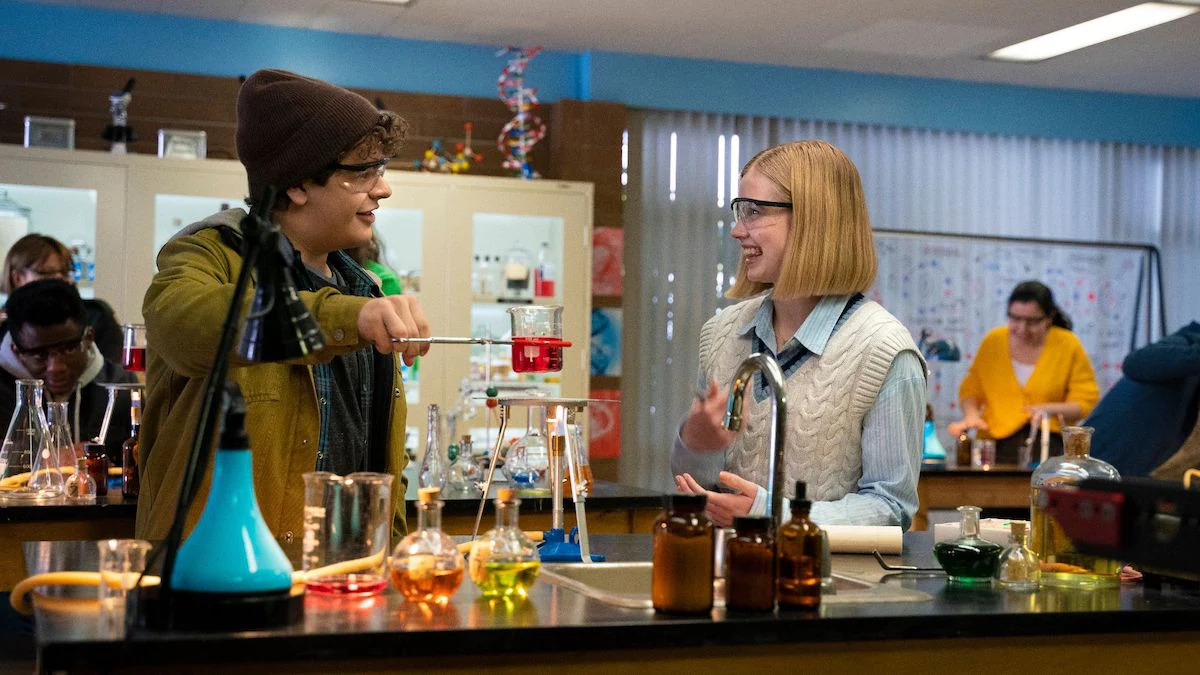 ‘Honor Society’ is a teen comedy film that revolves around the titular character, a studious and ambitious high school student focused on getting into Harvard ahead of her competitors. Directed by Oran Zegman, the comedic narrative is made all the more entertaining by the hilarious onscreen performances of a talented ensemble cast comprising Gaten Matarazzo, Angourie Rice, Avery Konrad, Christopher Mintz-Plasse, and Kerry Butler. If you have a soft spot for teen romcoms, you must be inclined to learn more about this comedy movie. In that case, allow us to share all the necessary details about it, including how and where you can watch it!

What is Honor Society About?

‘Honor Society’ follows an ambitious high school student named Honor, who is fixated on achieving a sole objective — getting into Harvard. Soon, she finds out that there are a few other students ahead of her who can receive the coveted recommendation from her guidance counselor, Mr. Calvin. Since she is willing to do whatever it takes to make herself the favorite for the recommendation, Honor devises a plan against the other student competitors. However, love comes along and hinders her plan as she falls for her biggest competitor, Michael. Now that your interest has peaked, here are all the ways you can watch it yourself!

Is Honor Society on Netflix?

We hate to tell you that ‘Honor Society’ is unavailable for streaming on Netflix. But don’t let it stop you from checking out other alternatives that the streaming giant offers, such as ‘Candy Jar‘ and ‘Dangerous Liaisons.’

Is Honor Society on Hulu?

Hulu subscribers might be disappointed as ‘Honor Society’ is not included in the streamer’s extensive content library. Although, there are plenty of similar movies on the platform that you might enjoy. We recommend you watch ‘Crush‘ and ‘The Duff.’

Is Honor Society on Amazon Prime?

No, ‘Honor Society’ is not a part of Amazon Prime’s massive catalog. Alternatively, you can turn to similar teen romcoms that the streaming giant houses, such as ‘Anything’s Possible‘ and ‘Words On Bathroom Walls.’

Is Honor Society on HBO Max?

HBO Max subscribers will have to look for ‘Honor Society’ on other platforms as the comedy film is unavailable on this streamer. However, you may enjoy watching other comedy movies on HBO Max, like ‘She’s All That.’

Where to Watch Honor Society Online?

You can watch ‘Honor Society’ on Paramount+’s official website. Other than that, there is currently no other way for you to watch the teen movie online. Thus, we recommend you subscribe to the platform and watch the romance between Honor and Michael blossom.

How to Stream Honor Society For Free?

Fortunately, Paramount+ offers a 7-day free trial to all its new users, which means you can take advantage of this offer and stream ‘Honor Society’ for free. Meanwhile, we urge our readers to refrain from turning to unethical means to watch their favorite movies and TV shows and instead pay for the relevant subscriptions to do the same.