Is Johanna Constantine Gay or Bisexual in The Sandman? 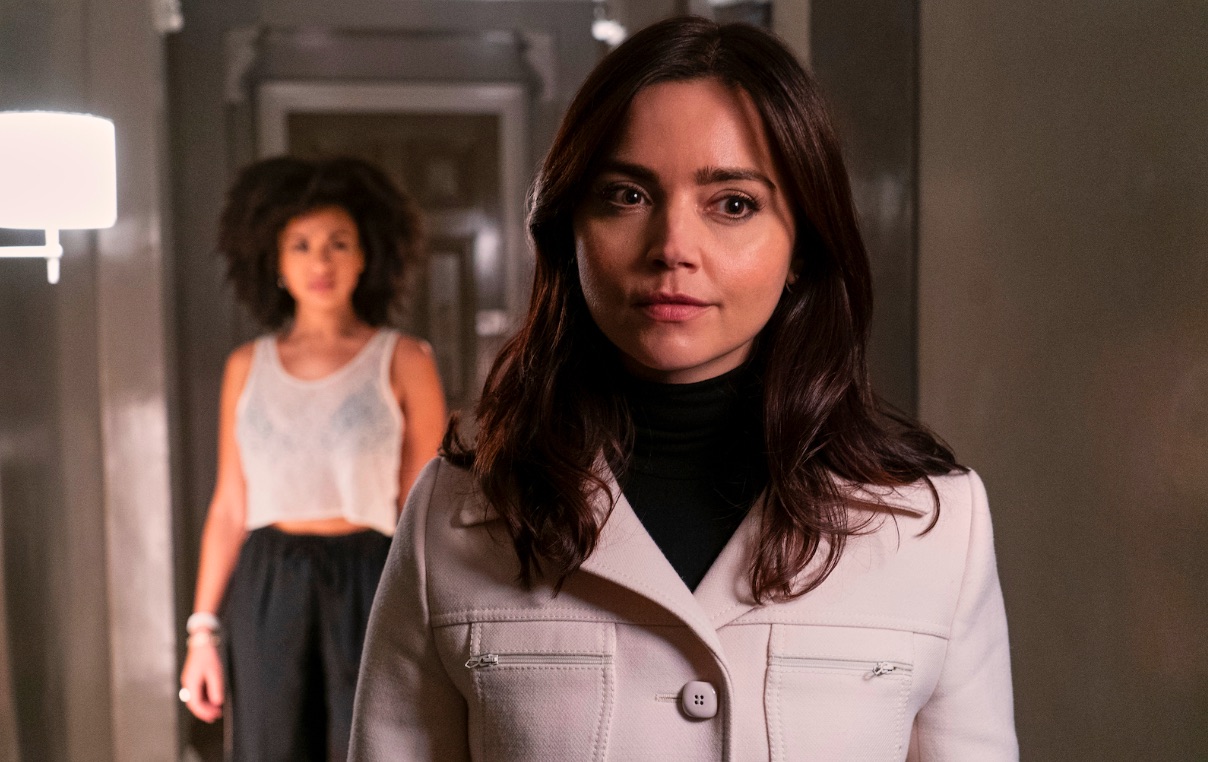 Netflix’s ‘The Sandman’ is a fantasy series that follows the exploits of an otherworldly being called Dream. The story begins with his capture by a group of sorcerers who keep him in a glass cage for more than a century. When he is finally freed, his first course of action is to retrieve the things that had been stolen from him. The search for one of those items leads him to a woman, named Johanna Constantine, whose skills have led her to become a royal exorcist.

With the scale of the story that ‘The Sandman’ tells, there are a lot of characters with unique personalities. Apart from serving a wide range of characters to the audience, the show also exhibits different shades of the colors of a rainbow, making itself a very inclusive story. Johanna Constantine is one of the main characters in the show, and if you’re wondering where she falls on the sexuality spectrum, then here’s what should know. SPOILERS AHEAD

Is Johanna Constantine Gay or Bisexual?

Johanna Constantine, played by Jenna Coleman, is bisexual in ‘The Sandman’. The nature of her sexuality is revealed when Dream comes knocking on her door, asking for his sand pouch that was taken from him during his captivity by Roderick Burgess. Johanna says that she left it in the apartment that she used to share with her ex, Rachel. Against her wishes to see the ex with whom she didn’t part the proper way, Johanna arrives at Rachel’s, hoping to tie things up. However, she discovers that in trying to find out why Johanna had suddenly disappeared, Rachel had contacted her other exes. The list contains names like Sarah, Oliver, and Kit, which shows that Johanna is bisexual.

While her sexuality has very little to do with the nature of her work, it is an important aspect of the representation of bisexual characters on the screen, especially when it comes to Constantine. In the comics, the modern-day exorcist whose paths cross with that of Dream is actually John Constantine. Johanna Constantine is his ancestor, who centuries ago had interrupted a meeting between Dream and Hob Gadling. While bringing the characters to the Netlflix series, it was found best to have one person play the role of both Constantines, which is what led John to become Johanna.

This transformation was just a superficial change as Coleman’s Constantine stays rather faithful to the version that appears in the comics. The show’s Constantine also remains faithful to comics Constantine in terms of sexuality, as he is also portrayed as a bisexual character. His sexuality was first established in the comics published in the early nineties where it is implied that his exes are both men and women, much like we see in the show. Over the years, more lovers of varied sexualities had their names jotted down in the list of Constantine’s exes.

While the comic books were very open about his bisexuality, the screen adaptations of the character rarely saw that side of him. It wasn’t until DC’s ‘Legends of Tomorrow’ that this side of his personality was properly acknowledged. As often happens, the bisexuality of characters is often straight-washed or is preferred to be kept to the homosexual end of the spectrum (an issue that Amazon’s ‘The Boys’ tackles in the arc of Queen Maeve). Netflix, however, has never shied away from inclusion and the same thing goes for the characters in ‘The Sandman’.

Read More: How Did Lyta Hall Get Pregnant? Who is Lyta and Hector’s Child in The Sandman?