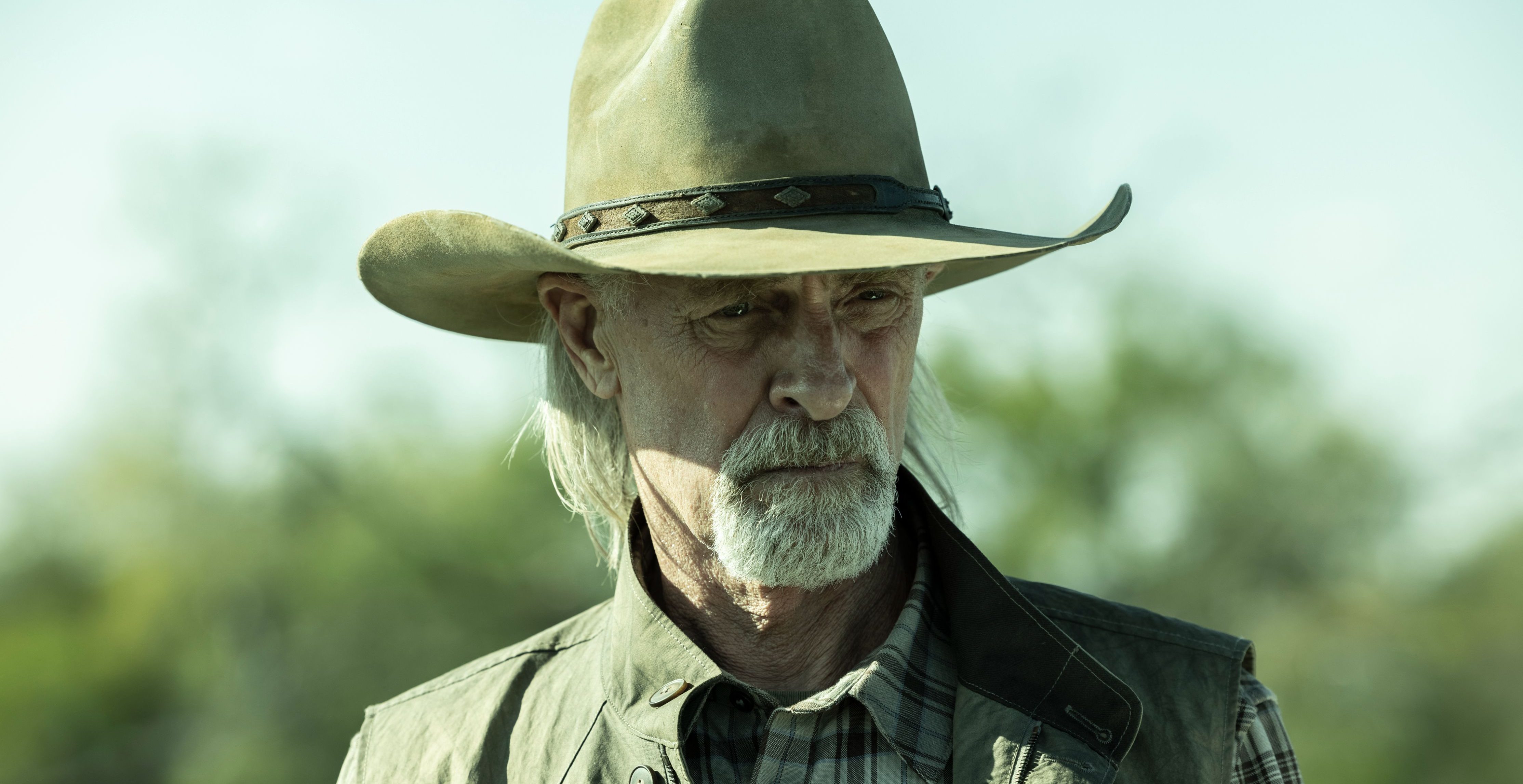 The twelfth episode of AMC’s post-apocalyptic series ‘Fear the Walking Dead’ season 7 centers around June and Grace’s efforts to rescue Baby Mo from the hands of Victor Strand to give her to Morgan. As they make progress in their mission, John Dorie Sr. comes across June and the baby. Even though he initially stands against June, especially considering the potential radiation exposure outside the Tower, John eventually realizes that June and Grace are right. He accepts the proposition to fulfill a suicide mission, despite the life-threatening dangers associated with it. So, is John dead or alive? Is his fate associated with Keith Carradine’s future in the show? Let’s find out! SPOILERS AHEAD.

John Dorie Sr. is dead. When June and Grace try to hand over Baby Mo to Morgan, John Dorie Sr. comes in their way. More than the appreciation Strand will give him for finding Mo, John is concerned about the dangers of radiation exposure, especially when it is a baby like Mo. He convinces June that Mo is safe in the Tower, where they need not worry about the health of the baby. As a dying man himself (due to radiation burns), John doesn’t want a little child to end up dead by leaving Strand’s haven. However, it doesn’t take long for him to change his mind.

When Strand demands the death of Howard, John realizes that the tyrant in front of him doesn’t care about any lives. In John’s eyes, Strand will be ready to jeopardize Mo’s life if he can gain from it. In addition, Baby Mo is just a shield for Strand to scare Morgan off. He gets scared of the possibility of Strand ending Baby Mo’s life when she becomes useless in the battle against Morgan. Therefore, John changes his mind and perceives that June and Grace were right about handing her over to Morgan.

“I think when John looks at Mo, he’s not just seeing Mo, he’s seeing John Dorie Jr., he’s seeing Charlie, he’s seeing, you know, these young kids that he feels responsible for not being able to help,” said co-showrunner Ian Goldberg in ‘Fear the Walking Dead: Episode Insider.’ “He realizes that he’s going to have to take a really desperate action to make sure that baby Mo has the life that he wanted for her, and he realizes that that life can’t happen in the Tower,” he added.

Thus, John accepts to walk through a herd of walkers to hand over the baby to Morgan. Since John is already dying, with only a few days left to live, he realizes the need of making a sacrifice for the sake of Baby Mo. After handing over the baby to Morgan, he distracts the walkers from Morgan and Mo by sacrificing himself. He lets the walkers eat him so that the dead won’t chase the other two, which leads to his death.

Yes, Keith Carradine did leave ‘Fear the Walking Dead.’ The actor’s exit was announced by co-showrunner Ian Goldberg in ‘Fear the Walking Dead: Episode Insider.’ “It’s so hard to watch this episode and say goodbye to Keith Carradine. He is this character. He’s got so much gravitas and strength. He just brings something that no one else could have brought to this role,” Goldberg said. “His [John’s] final sacrifice, you know, both painful and beautiful, just is a real testament to Keith’s incredible work as an actor and what he brought to this role, and we’re very, very grateful to have had the chance to work with him,” co-showrunner added.

With the death of John Dorie Sr., the story arc of Keith’s character comes to a completion, paving the way for his exit. From John’s introduction in season 6 to his death, Keith has enhanced the scope and depth of the character through his performance. In the upcoming episodes, especially considering that June and Grace’s lives are in danger after helping Morgan, Keith’s character will be missed.