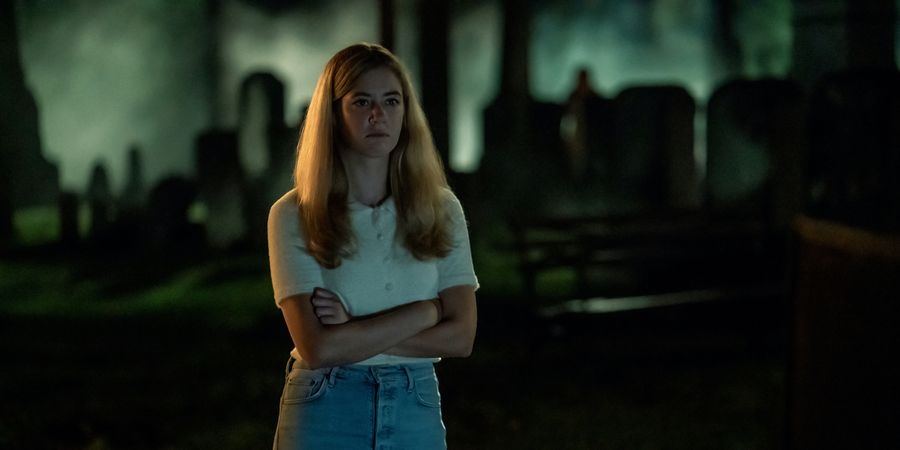 What Happened to Karen?

In ‘Pretty Little Liars: Original Sin,’ Karen Beasley is the twin sister of Kelly Beasley, and actress Mallory Bechtel plays both roles. In the second episode of the series, titled ‘Chapter Two: The Spirit Queen,’ the Little Liars plan to exact revenge on Karen for mistreating them and landing them in detention. After the incident at the theater, Karen is embarrassed and plans to strike back with Kelly’s help.

The sisters plan to embarrass Imogen during the Spirit Dance after the latter is crowned Spirit Queen. However, when Karen climbs up on the grid above the stage, she is attacked by A. The mysterious serial killer throws Karen down from the grid, causing her death. However, only the Little Liars know A’s involvement, and the authorities believe the incident to be an accident.

Is Karen Dead or Alive?

While Karen dies in the public eye, her death is still a recurring mystery as the episodes progress. In the fourth episode, titled ‘Chapter Four: The (Fe)male Gaze,’ Faran notices Kelly using Karen’s locker before ballet practice. While Kelly plays down the situation, Faran becomes suspicious of Kelly. She thinks that Karen and Kelly often switched places in the past, and the same might have happened before Karen’s death. As a result, Faran theorizes that Kelly died at A’s hands and Karen is still alive.

Later, Faran accuses Kelly and loses the lead role in the ballet performance. Instead, Kelly is given the lead role. At the Halloween party, Faran sees Kelly kissing Karen’s ex-boyfriend, Greg. As a result, Faran becomes convinced that Karen is alive and pretending to be Kelly. She questions Kelly, who dismisses the accusations once again. However, Faran warns Kelly about A and his mysterious agenda.

In the fifth episode’s final moments, Kelly tells her mother that she got the part of the lead dancer. However, her mother refers to her as Karen. While Mrs. Beasley is still grieving the loss of her daughter, it is unlikely that a mother would be unable to tell the difference between her twins. Hence, the episode seemingly confirms that Karen is still alive.

Read More: Who Is A in Pretty Little Liars: Original Sin? Theories