Is Kings of Pain Scripted or Real?

Testing one’s threshold of pain voluntarily may sound unsettling, but it is surprisingly quite entertaining and revelatory. ‘Kings of Pain’ is an intriguing reality TV series on History Channel that follows the same principle. It features wildlife biologist Adam Thorn and expert animal handler Rob “Caveman” Alleva as they get stung and bitten by numerous animals and insects, to test them in three categories and rate them on a pain index. Though ‘Kings of Pain’ is rather thrilling and realistic, viewers often wonder whether the two men really let themselves get hurt for research, or is it all just brilliantly scripted. Let’s decode the truth for ourselves.

Is Kings of Pain Fake or Real?

Since the concept of ‘Kings of Pain’ is itself so surreal, the viewers may naturally feel that it may be scripted for entertainment purposes. Otherwise, why would two grown-up wildlife experts inflict themselves with bites and stings from the deadliest creatures on the planet, such as reticulated pythons, scorpions, tarantulas, and piranhas? But unsurprisingly, both the bites depicted on-screen as well as the inspiration behind the show are quite practical and authentic. 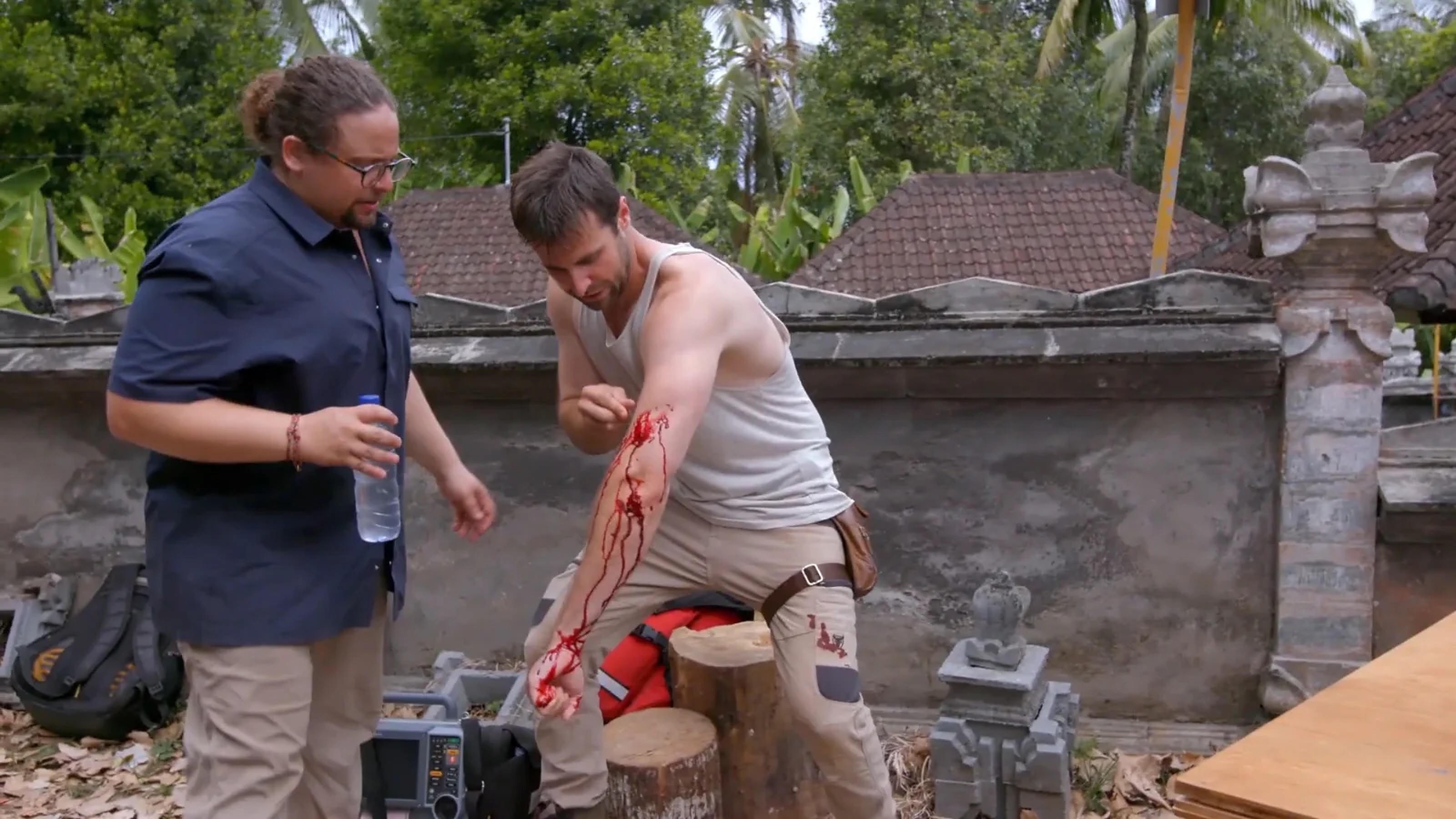 Producer David Carr shared with History Channel that the idea came from renowned entomologist Dr. Justin Schmidt’s book ‘The Sting of the Wild,’ wherein he has documented his observations of being bitten by more than 80 varieties of insects. Furthermore, he has explained his subsequent measurement of the pain and helped create the Schmidt Pain Index, which is used to quantify the pain from different hymenopteran stings. Dr. Schmidt was brought on board before filming commenced and his recommendations are used to develop the format.

Carr disclosed, “Pain is such an under-researched thing. Everyone can relate to it. When you go to the hospital, they just ask you to rate your pain from 1 to 10. For us, that’s just the intensity part of our scale. We felt it would bring so much more information to add in the elements of duration and damage.” In addition, he stated how Alleva and Thorn are given adequate gaps between filming each bite or sting, to ensure safety measures. “I almost always scheduled a day off after a bite or sting to give the guys recovery time—and also for the venom to do its thing, so we could accurately measure the damage and duration factors,” he said.

In continuation, Carr spoke about the other safety precautions they took on set, such as having venom expert and paramedic Dr. Benjamin Albo on the team constantly and taking his permission before any experiment. Not just that, the animals are not taken too far away from their habitats, and local biologists, animal consultants, and handlers are hired to be present during filming all the time. Apart from Carr, Mary Donahue, History Channel’s senior vice president of development and programming, further expanded upon the intensive research the team does for the show. 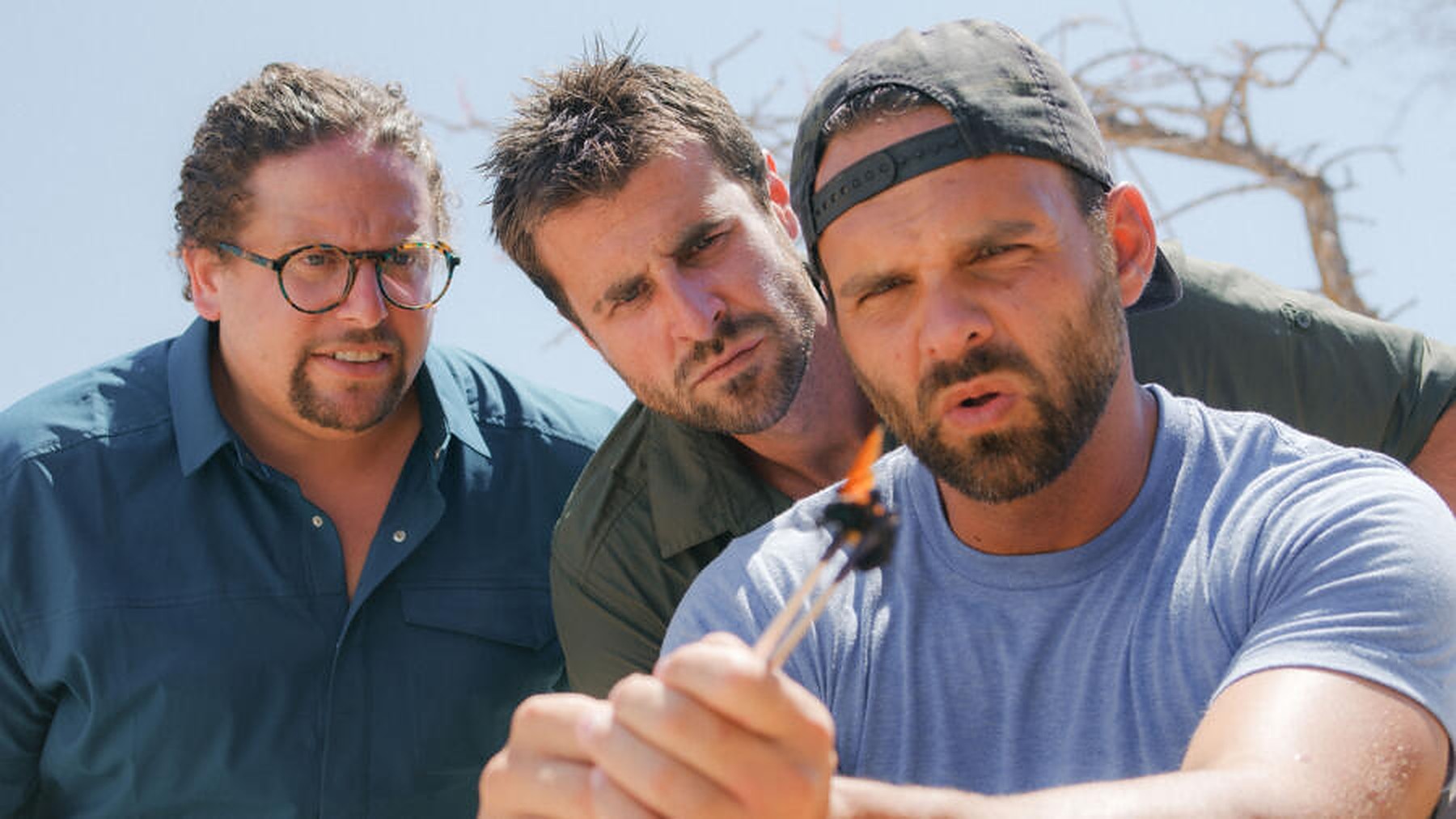 In a November 2019 interview with Reality Blurred, Donahue said, “We were super, super careful—we researched the toxins—so we were very careful that we never execute more than one bite or sting a day, and that we monitor what happens to the guys as part of updating the pain index…we check and fact check, check and fact check.” Moreover, she divulged that each animal was profiled on location near its natural habitat, saying, “For some of the species, even though there are invasive species in the US, for some of them we really had to travel to where they were, that’s why we decided to do this in the field.”

Since each episode is filmed in a controlled environment, the chances of mishaps reduce significantly. Regardless, the pain that Alleva and Thorn feel with each animal attacking them is more or less real, and so are the after-effects, such as skin getting red or having some wound or reaction. In addition, if one looks carefully, the bites and stings are depicted in extreme closeup, and thus, there is no scope for using cheat shots there. Although, since the show is for entertainment purposes too, the interactions between Alleva, Thorn, and the medical specialists are likely scripted.

Also, the duo’s external reactions to the bites seem to be a bit doctored at times, as they go from being in extreme pain to joking about it in a matter of minutes, which is near impossible in real life. Except for this, we believe that ‘Kings of Pain’ is presented authentically, and helps educate the audience about animals and how to tackle dangerous bites and attacks. In conclusion, the show is a mix of mostly real and a few scripted elements, and the latter should be taken in jest.