Is Knives Out Based on a True Story or a Book? 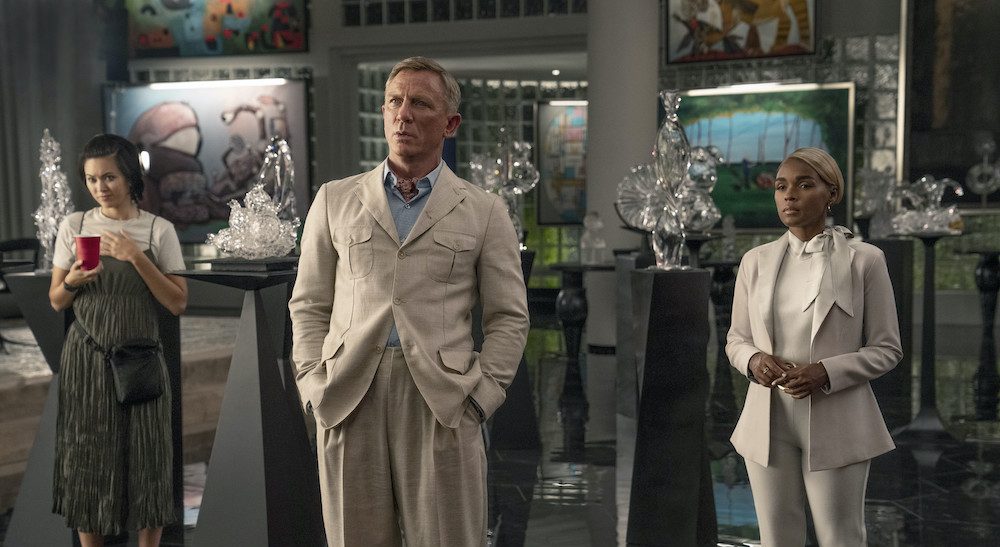 Netflix’s ‘Glass Onion: A Knives Out Mystery’ marks the return of Daniel Craig’s Benoit Blanc and another bunch of eccentric characters who are all suspects in a murder mystery. Following in the footsteps of the first film, ‘Glass Onion’ plays with the elements of whodunit, serving it with comedy to deliver a highly entertaining watch. Apart from this, the film also touches upon some very relevant conversations of current times, which gives the film a realistic touch. If this makes you wonder whether director Rian Johnson was inspired by real murders to create ‘Knives Out’ movies, then here’s what you should know.

Is Knives Out a True Story?

No, ‘Knives Out’ is neither a true story nor based on a book.  It is a purely fictional tale imagined by Johnson. He’d always been a fan of the murder mystery genre and enjoyed reading the works of Agatha Christie, who also serves as the inspiration for the movies. Johnson had a “deep love” for the genre and the conventions set forward by it, and he wanted to create something along the same lines. However, he didn’t want it to be a story that had been told before.

In carving out a mystery for ‘Knives Out’ movies, Johnson looked towards Alfred Hitchcock’s approach to storytelling. “As I thought about doing a whodunit, I thought about Hitchcock and his opinion of whodunits. He always said they rely entirely on surprise — one big surprise at the end — and that’s the weakness of them narratively. Especially when you put them up on-screen,” Johnson told Entertainment Weekly. The director wanted to create something that doesn’t just lead up to the final mystery but has many layers in between to keep the audience engaged and invested. He wanted it to be “a rollercoaster ride”.

When Johnson sat down to write ‘Knives Out’, he kept all the tropes of a usual murder mystery, right from character eccentricities to red herrings. But he also broke the rules of the genre and twisted it around to make it all the more interesting. “The notion of doing a whodunit that begins as a traditional whodunit and orients the audience very clearly, and then turns into a Hitchcock thriller where there’s a character you care about — you’re leaning forward as opposed to leaning back. Then turns back into a whodunit at the end and reveals it’s been a whodunit the whole time; the thriller element was a whole bit of misdirection.”

Another thing that Johnson wanted was to set the story in contemporary times. Though he was heavily influenced by Agatha Christie’s Hercule Poirot, he didn’t want to make a period piece with no reflection of the current society. “Christie wasn’t writing period pieces; she was writing to her time and to her place. The notion of doing the genre well and doing it in America, right now, and not in a message-y type way, but not being afraid to engage with the culture right now at this moment, that, to me, was a big motivating factor for what was exciting about doing this,” the director told Motion Pictures.

While ‘Knives Out’ looks at the issues of class divide and immigration, among other things, ‘Glass Onion’ presents the narrative with a different lens. Calling it similar to ‘Dr. Strangelove’, Johnson found that humor really brought out the themes the film underlines. ’Glass Onion’ and the whodunit genre allowed him to examine class with “a rich gathering of suspects and the fact that those suspects are going to be a diverse group from the high to the low of shows what a microcosm of society’s power structures is.”

“It just also felt like there was so much comedy to be mined from that. It’s also crazy because you get exposed to some of this stuff, and you realize what’s in the movie is not really that inflated; it’s probably even tamped down a little bit compared to some of the stuff that’s out there. So much that we touch upon in the movie is happening everywhere around us. The big thing that was on my mind was just big blatant lies, and big blatant lies being forwarded by complicity based on self-interest, that’s also still in the air,” Johnson said.

In creating the tech-billionaire role played by Edward Norton, the director collaborated with the actor, who also has some experience in the industry. “I remember a year ago having conversations with Edward and both of us worrying, Oh God, is this whole tech-billionaire thing going to have played itself out entirely by the time the movie comes out?” Johnson told Vulture. In the end, however, his motive was to make the story timely rather than timeless.

“It’s a way to engage with stuff that’s happening right now in this comforting, candy coating of a murder mystery,” he added. So, instead of going back to Christie’s times and bringing that world out of the past, Johnson focused on “YouTube influencers, spon-con Instagram models, and SpaceX-style glamour scientists” to create a story that not only entertains the audience but also feels relatable and realistic to them.

Read More: Where Was Glass Onion A Knives Out Mystery Filmed?