Is Mack & Rita Based on a True Story? 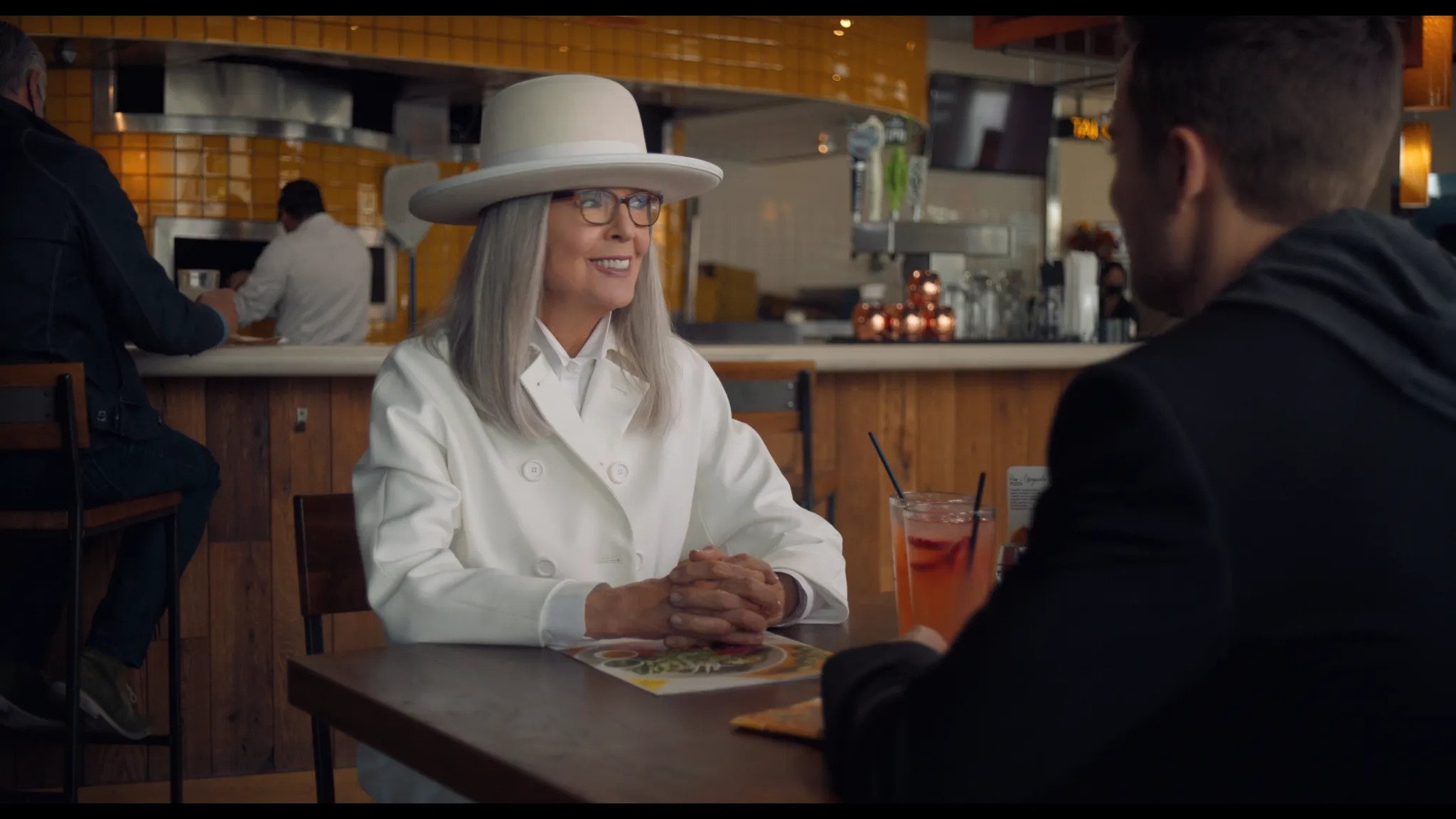 Directed by Katie Aselton, ‘Mack & Rita’ is a comedy movie that revolves around a thirty-year-old woman named Mackenzie “Mack” Martin. All her life, she has felt out of place amongst those of a similar age group as hers and longs for the future when she might be able to act like her inner seventy-year-old without judgment. During a bachelorette trip to celebrate her best friend Carla, Mack stumbles upon a tent and meets a strange man who somehow turns her into a literal seventy-year-old.

Mack’s transformation forces her to don the identity of Rita, her fictional aunt. However, as time passes, she finds her life taking a definite upturn and feels the beginning of something romantic with Jack, Mack’s dog-sitter. Starring Diane Keaton, Taylour Paige, Elizabeth Lail, and Dustin Milligan, the movie takes viewers on a heartwarming journey that one cannot help but relate to. Naturally, many are curious if certain events in the movie are inspired by real life, and we are here to investigate the same!

Is Mack & Rita a True Story?

No, ‘Mack & Rita’ is not based on a true story. The movie was penned by the talented duo of Paul Welsh and Madeline Walter, with Katie Aselton helming her first-ever comedy film. The project was also the first time that Aselton directed a movie written by someone else. According to the director, the involvement of others in the filmmaking process enhanced the experience for her. She was delighted by the variety of perspectives that she and the writers brought to the movie to create a story that has something for everyone. 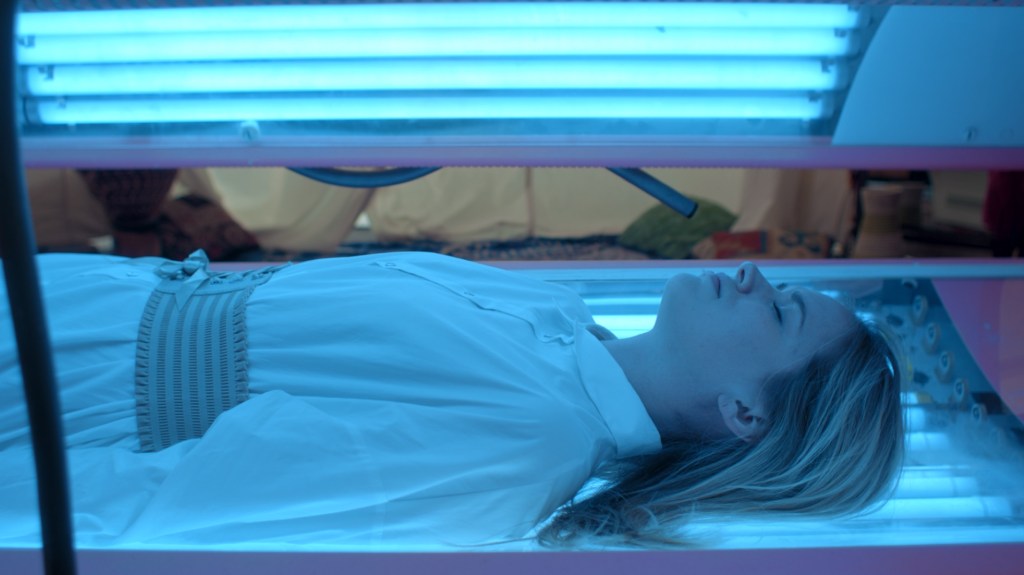 In particular, Aselton enjoyed working with the writers on the iconic transformation scene that converts Mack into a seventy-year-old woman. She explained that the protagonist’s breakdown is something she herself related to, as the small things that led to the protagonist’s impressive rant often frustrate several women, including the director. One of the movie’s major selling points is the use of the beloved body-switch trope in a unique manner. In fact, films like ‘Freaky Friday’ and ‘17 Again‘ are still enjoyed by the public. It seems that Aselton is no different when it comes to realizing the importance of this particular element.

“I think the device of using body switching as a genre, as a storytelling device, is really helpful in teaching the lesson without feeling like you’re guarding something. It’s a great way to show two sides of one coin or two perspectives without it getting preachy in there,” Aselton shared with Los Angeles Confidential magazine. “And I think there is something fun about the contrast in all of the things, and I also think it shines a light on the fact that we all still feel all the things. We feel old and young and like we’re just starting, and we’re at the end of our rope. We hold all of these things at the same time.” 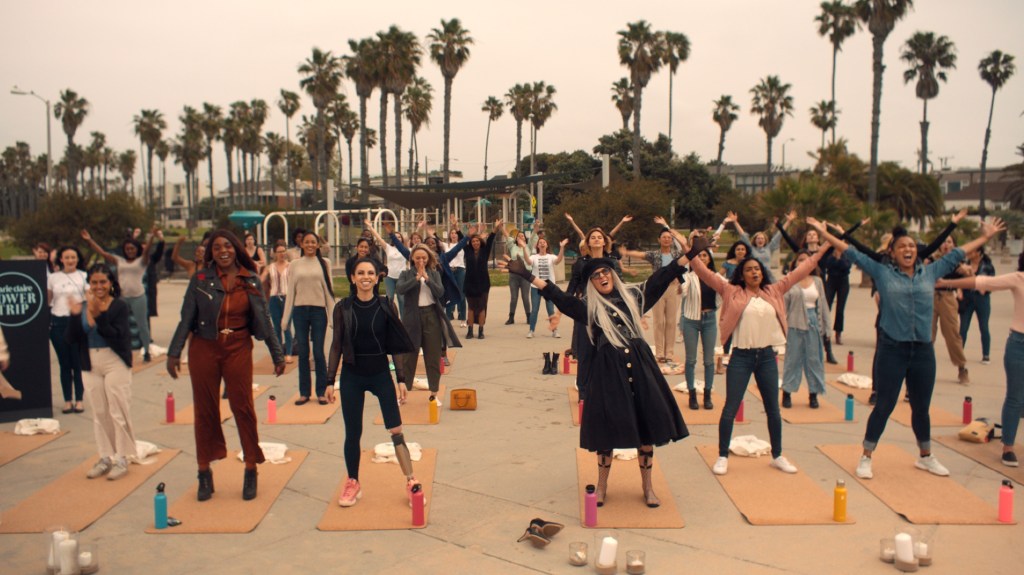 The phenomenal Diane Keaton, who essays the role of post-transformation Mack, AKA Rita, was quite thankful for the opportunity to be a part of the movie. It turns out, the actress had several inputs which made viewers fall in love with Rita. “Are you thinking I didn’t pick out those clothes with help? I did. That was my choice. I’m taking the hit for that one. Of course, the hair, too—lovely. It says that I’m also a co-producer down at the bottom there, so they had to deal with me. I made some perfect choices for that character,” the actress told Vogue.

In all, the familiarity in ‘Mack & Rita’ stems from the real-life issues addressed in the movie. The frustration and lack of belongingness that Mack feels resonate with a significant percentage of the viewers. Despite the supernatural elements used in the narrative, the underlying message of living one’s life without being bound by set ideals for a particular age seems highly applicable to regular life.