Is Michelle Gomez’s Miranda Croft in The Flight Attendant Season 2? Did She Leave the Show? 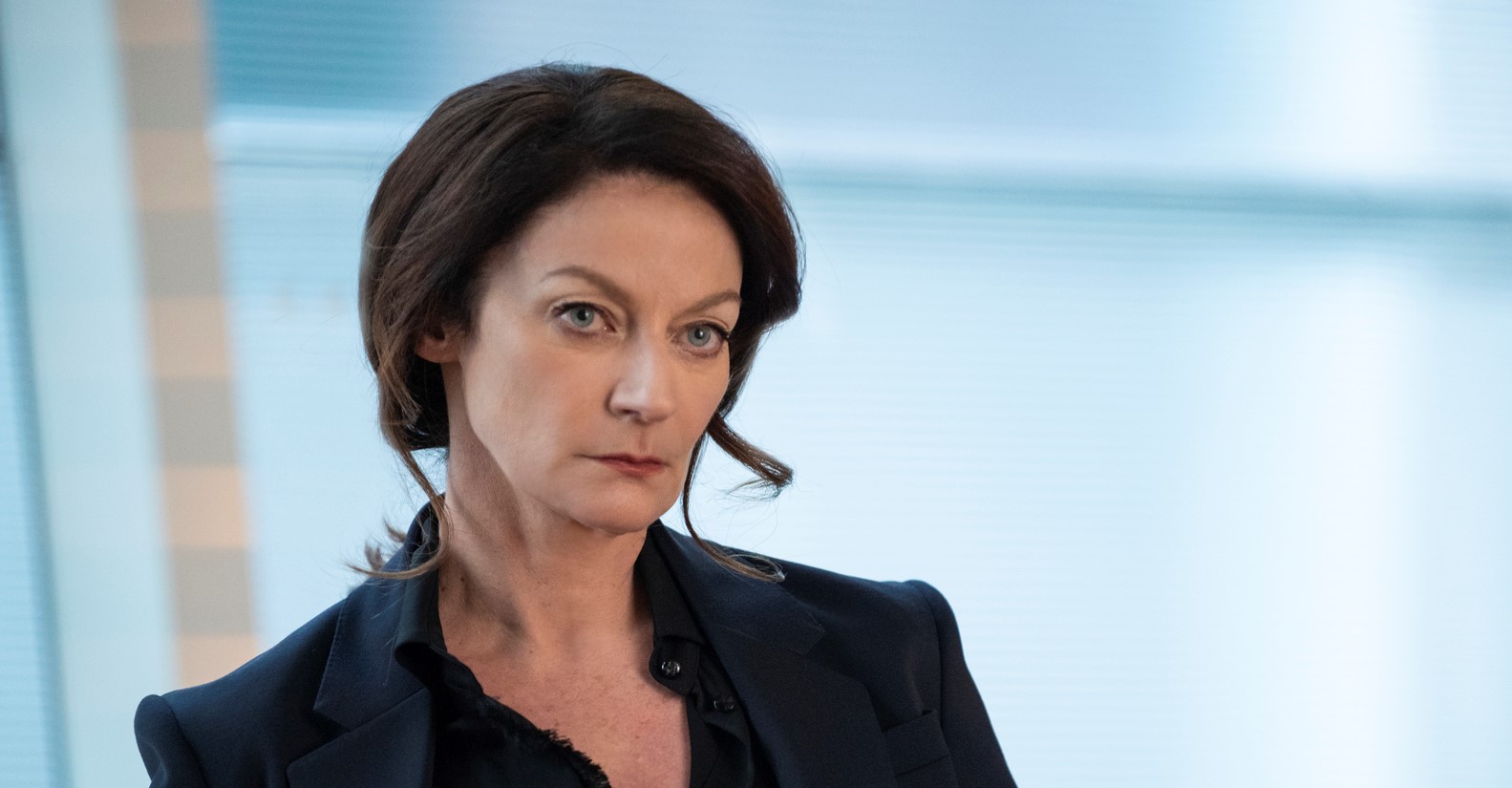 Miranda Croft, portrayed by Scottish actress Michelle Gomez, is one of the main characters in HBO Max’s dark comedy thriller series ‘The Flight Attendant.’ She is first introduced in the pilot episode, ‘In Case of Emergency.’ The protagonist, Cassie Bowden (Kaley Cuoco), meets her during her date with Alex Sokolov (Michiel Huisman).

In the following episodes, both women start to suspect the other one of killing Alex before realizing that a third person is responsible. Miranda is quintessential to the plot of the first season of the show. If you are wondering whether she will appear in the second season as well, we got you covered. SPOILERS AHEAD.

Is Michelle Gomez’s Miranda Croft in The Flight Attendant Season 2?

Miranda is one of the characters that survive the first season. In the season 1 finale, titled ‘Arrivals and Departures,’ she confronts Victor, her boss at Lionfish, and learns that Victor’s assassin, Buckley Ware, killed Alex before he could get the $200 million that Alex took because Buckley foolishly thought he could find it by himself after Alex told him that he had hidden the information in a book. When Victor shoots at her, grazing her leg, Miranda fires back and kills him.

Miranda eventually arrives in Rome and protects Cassie from Buckley. In the climactic scene, Cassie’s friend and CIA operative Shane Evans appears and shoots Buckley. However, he tells Cassie that he didn’t see anyone besides Buckley and her. After Miranda finds Alex’s copy of ‘Crime and Punishment,’ she takes out the page where he had written the information about the account and leaves the book itself in Cassie’s jacket pocket. Cassie later finds a note in the book in which Miranda tells her she has the page and money and seems to promise her that they will see each other soon.

In season 2, while Cassie gets drawn into yet another mystery, Miranda is nowhere to be found, at least in the early part of the season. With the money she now has, Miranda can be a dangerous enemy for Lionfish, so it’s possible that she is out there somewhere waging a secret war against the nefarious organization. If she doesn’t appear in season 2, she might in future seasons. After all, she did promise Cassie that they would see each other again.

Did Michelle Gomez Leave the Show?

According to most reports, Gomez is not one of the returning cast members of the second season of ‘The Flight Attendant.’ Even if it turns out that the show creators decided to keep her involvement in the sophomore season a secret and she appears later in the season, her role will be significantly reduced from what it was in the inaugural season. She was cast as Laura DeMille/Madame Rouge in ‘Doom Patrol’ and has since shared several photos and pictures from the set of the series. As mentioned above, even if her character doesn’t appear in season 2, it doesn’t mean that she has left ‘The Flight Attendant’ for good. She can always return in future seasons if there are any. With the note Miranda sent to Cassie, the writers have left a window in the plot to do just that.