Is Molly Cobb Dead? Is Sonya Walger Leaving For All Mankind?

Apple TV’s ‘For All Mankind‘ season 3 takes viewers to Mars as several new players enter the space race. NASA competes with Helios and Roscosmos to reach the Red Planet. Margo Madison’s approach to the Mars Mission sidelines Molly Cobb (Sonya Walger), and she tries to find a new meaning in life.

In the season 3 finale, Molly is called into the Johnson Space Center for an important task. However, a sinister event lands Molly in danger. If you are wondering whether Molly survives the devastating ‘For All Mankind’ season 3 finale and how the character’s fate will affect actress Sonya Walger’s time on the show, here is everything you need to know! SPOILERS AHEAD!

Molly Cobb is introduced in the first season of ‘For All Mankind.’ She is one of the pilots trained to become an astronaut and eventually becomes the first American woman in space and on the Moon. However, at the end of the second season, exposure to space radiation, she starts losing her eyesight. In the third season, Molly heads the Astronaut Office and is locked in a debate with Margo Madison over who should lead NASA’s space mission to Mars. Margo bypasses Molly’s decision and appoints Danielle Poole as the Mission Head. As a result, Molly resigns from her post and lives a retired life. 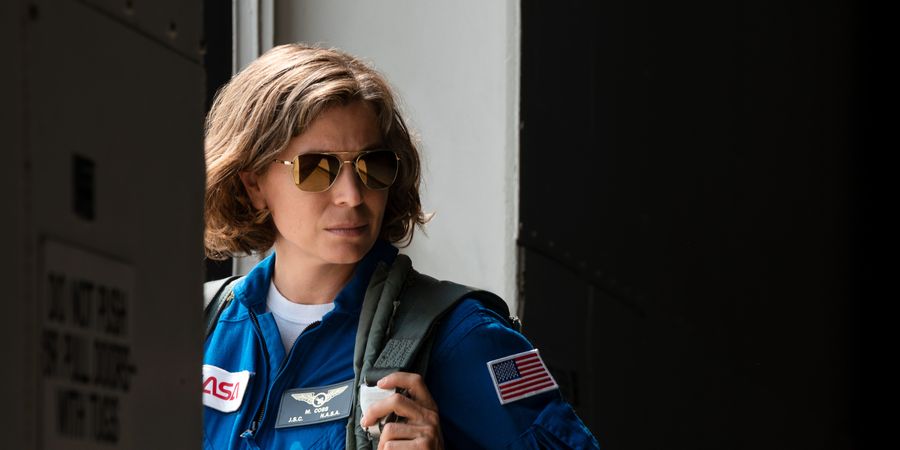 Later, Karen visits Molly and seeks advice about her profession. In the season 3 finale, titled ‘Stranger in a Strange Land,’ Molly is called to the Johnson Space Center at the request of her friend, Ed Baldwin. Molly guides Ed through a tricky landing maneuver and helps save his life. However, an explosion outside the Johnson Space Center injures Molly. She tries to help the survivors and is last seen assisting an analyst in getting outside the JSC. A newspaper article later confirms that Molly died while helping the survivors. The JSC is renamed in Molly’s memory.

Is Sonya Walger Leaving For All Mankind?

Actress Sonya Walger essays the role of Molly Cobb in ‘For All Mankind.’ Walger is credited as a recurring cast member in the show’s first season. She was promoted to a series regular in the second season and is also a main cast member in the third season. Walger is arguably best-known for playing the role of Penelope “Penny” Widmore in the mystery drama series ‘Lost.’ Viewers might also recognize the actress as Madeline Stern from ‘Power.’ 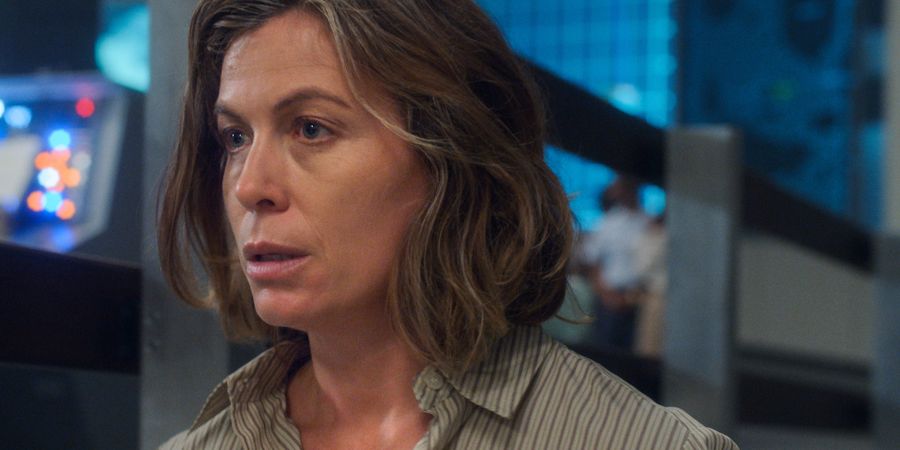 While Walger’s Molly Cobb is an important character in the first two seasons of ‘For All Mankind,’ she is sidelined in the third season. After Molly’s eyesight fades, she becomes a supporting character and contributes little to NASA. As a result, her character arc heads to a slow and dramatic conclusion in the season 3 finale.

In the episode, Molly not only helps save Ed Baldwin’s life, but she is also a part of the rescue efforts after the explosion outside the JSC. Hence, Molly dying in the process of saving others ends her character arc on a high note. Ultimately, Molly’s death wraps up actress Sonya Walger’s time on the show. While the makers and the actress are yet to officially announce Walger’s departure from the series, it is unlikely that she will feature in the upcoming fourth season of ‘For All Mankind.’ The actress will be next seen in the thriller film ‘New Life.’

Read More: Is Karen Baldwin Dead? Is Shantel VanSanten Leaving For All Mankind?