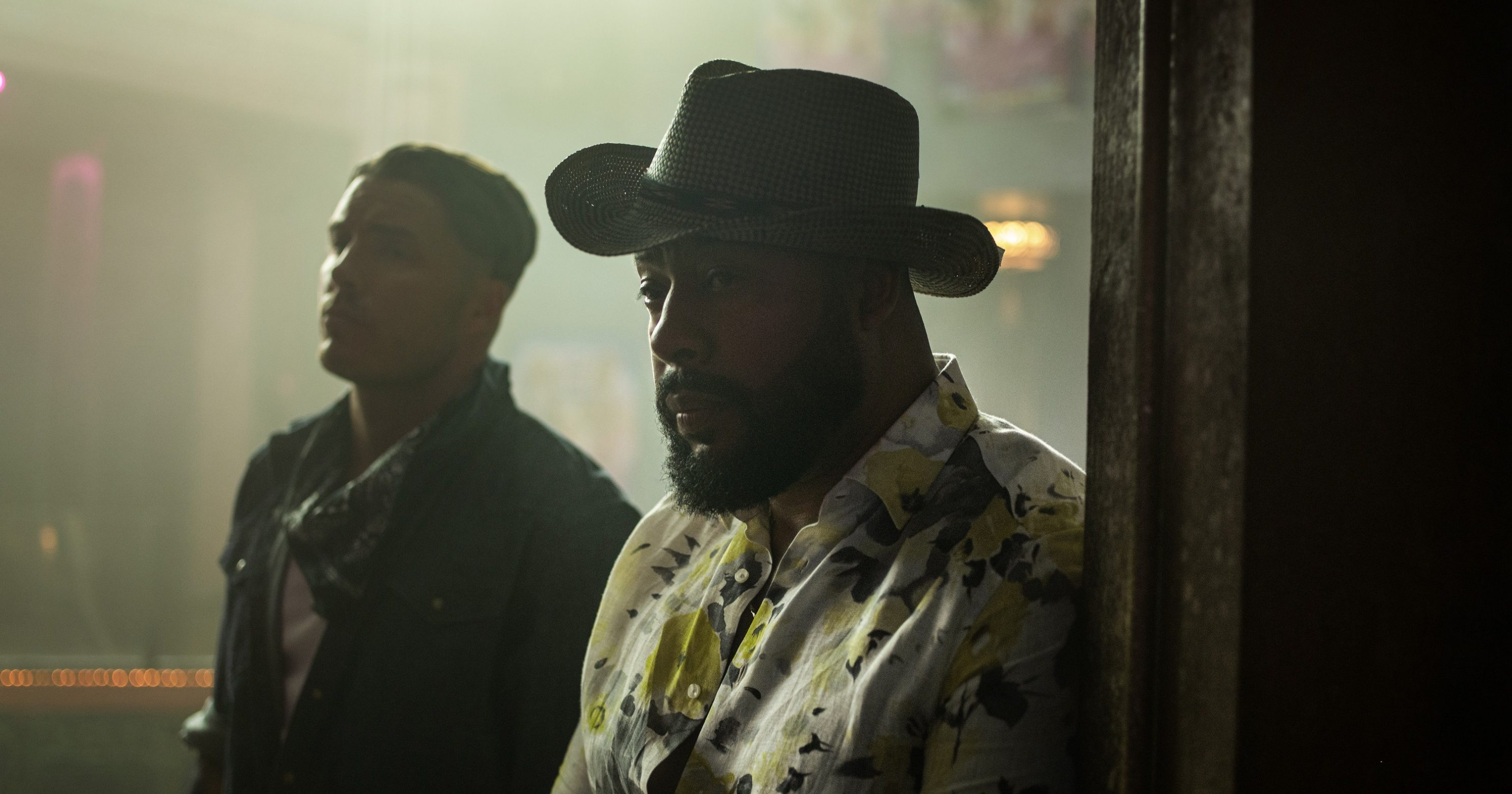 In Starz’s drama series ‘P-Valley,’ Big L is the custodian of The Pynk. He keeps an eye on the day-to-day operations of the strip club and helps Uncle Clifford to run the place without many financial difficulties. He has always stood beside Clifford, irrespective of the challenges and obstacles the strip club face, for the sake of the smooth operation of the establishment. In the ninth episode of the second season, Big L’s time at The Pynk gets threatened, making the viewers worry whether he will depart from the place, leaving Clifford alone to run the club. If that’s the case, is Morocco Omari leaving the show? Let’s find out! SPOILERS AHEAD.

What Happened to Big L?

Big L and Duffy team up and the duo starts to trade drugs for making more money. They use The Pynk as their front and storage unit. Even though Uncle Clifford has asked Big L to not use the strip club for the same, the latter continues to do so. Big L knows the concerning financial situation of The Pynk and he realizes that selling oxycodone is one way to acquire more money, which has also turned out to be beneficial for the strip club. However, in the ninth episode of the second season, Uncle Clifford discovers that Big L has not stopped doing what he was asked to not do in her establishment.

To stop Lil Murda from engaging in a fight, Clifford drags her lover to the back room of the strip club. After calming the rapper down, she discovers a box full of drugs, which infuriates her. She confronts Big L concerning the same. Even though Big L tries to explain, she fires him from The Pynk in her rage. Big L storms off from the room, leaving no time for Clifford to call him back. Since Big L gets fired, the fans of the show must be alarmed about the possibility of not seeing the character again in The Pynk. Does that necessarily mean Morocco Omari is exiting the drama series? Let’s see.

Neither Starz nor Morocco Omari has announced the departure of the actor from ‘P-Valley.’ Even though Clifford firing Big L, paving the way for the latter’s departure from The Pynk, may open a gateway for Omari’s exit from the show, the lack of any indication of the same from the network or actor leads us to believe that Omari will most likely continue featuring in the show. In the second season finale, we may see Uncle Clifford retracting her decision to fire Big L. Her decision can be a spur-of-the-moment reaction to finding out Big L hasn’t stopped using the strip club for trafficking drugs.

As Clifford battles Hailey Colton AKA Autumn Night to save The Pynk from getting sold, she may need allies on her side. Considering that Big L is Clifford’s most reliable ally, we may see her getting him back to her side. After firing Big L, Clifford even tries to stop him from leaving, which shows how much she wants him with her. Considering Clifford’s reaction to seeing Big L leave, we can hope that she will ensure his return. If that’s the case, we can expect Morocco Omari to remain a part of the cast of ‘P-Valley.’