Is Naomi Dead or Alive in The Essex Serpent? [Spoiler]

‘The Essex Serpent‘ is a period drama series that marries science with skepticism through widow Cora Seaborne’s quest to unravel the truth about the titular serpent. Cora’s search leads her to the village of Aldwinter in Essex, where the residents are plagued by the presence of a sinister force they believe to be a mythical serpent.

After the death of Noami’s sister, Gracie, the young girl believes that she too will be taken by the serpent for her sins. Noami’s absence from the narrative will certainly make viewers wonder whether she is dead or alive. If you are looking for an answer about Naomi’s fate in ‘The Essex Serpent,’ here is everything you need to know! SPOILERS AHEAD!

What Happens to Naomi?

Naomi is introduced in the series premiere episode of ‘The Essex Serpent’ with actress Lily-Rose Aslandogdu essaying the role. She is the daughter of local fisherman Henry and the younger sister of Gracie. In the first episode, Gracie goes missing, and the villagers believe that the serpent has taken her. Soon, Gracie’s dead body is found near marshes. Gracie’s death shatters Naomi, and she begins acting weird.

Naomi fears that she will suffer the same fate as her sister and grows withdrawn from her family and friends. Moreover, the children at school accuse Naomi of attracting the serpent to their village. Naomi seeks Will, but she returns home after failing to find the pastor. However, when Henry wakes up in the morning, he finds Naomi missing.

Is Naomi Dead or Alive?

After Henry learns of his daughter’s disappearance, he alerts the villagers, who promptly start a search. Instead of Naomi, they find the dead body of Cracknell, the elderly farmer who lived on the village outskirts near the marshes. Naomi is primarily absent from the fifth episode and only appears briefly, confirming that she is still alive. However, Naomi discovers the dead body of one of Cracknell’s goats which reaffirms the concerns over her being a target for the serpent. The scene ends on an ambiguous note leaving viewers worried about Naomi’s fate. 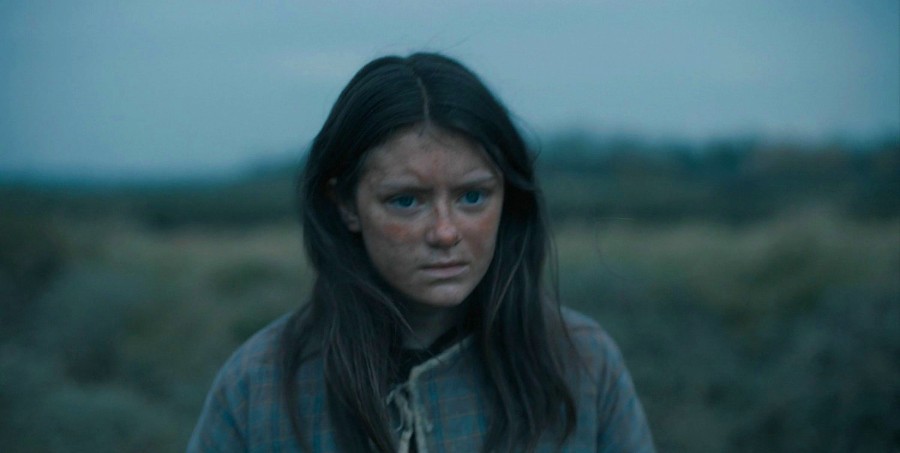 In the sixth and final episode, Naomi’s fate is finally revealed as she emerges from Cracknell’s house. Naomi is alive and hides in Cracknell’s house to avoid being taken by the serpent. One morning she spots a giant whale on the shore. The villagers were mistaken and believed the whale to be the serpent. After the creature dies, Naomi realizes that she is safe and returns home.

In the end, Naomi is alive and reunites with her father, Henry. Naomi’s fears about the serpent attacking her stem from the villagers’ perception of her and her sister. The villagers believe that Gracie had sinned and thereby killed by the serpent. However, all of that proves to be false. Ultimately, Naomi’s storyline represents the hysteria caused by the superstitious beliefs of the villagers and how it can affect the minds of young children.

Read More: What Year Is The Essex Serpent Set? Is Aldwinter a Real Place?