The Essex Serpent Episode 1 and 2 Recap and Ending, Explained

‘The Essex Serpent’ is a period mystery series that revolves around Cora Seaborne, a London-based widow who moves to an Essex village in search of a mystical serpent. The series is based on Sarah Perry’s novel of the same name and has been adapted for television by Anna Symon. The first episode of the series, titled ‘The Blackwater,’ introduces viewers to Cora (Claire Danes) as she arrives in Aldwinter with her caretaker, Martha, and son, Francis. Meanwhile, Father Will Ransome (Tom Hiddleston) deals with the disappearance of a young girl.

The second episode, titled ‘Matter of the Heart,’ follows Cora as she explores her new surroundings and tries to learn more about the supposed serpent sightings. In the end, Cora and the villagers face a shocking revelation. If you watched the episode, you must be looking for clarification about its ending. In that case, here is everything you need to know about ‘The Essex Serpent’ episodes 1 and 2! SPOILERS AHEAD!

The Essex Serpent Episode 1 and 2 Recap

Episode 1, titled ‘The Blackwater,’ opens with Naomi witnessing her sister Gracie’s disappearance by the marshes outside the village of Aldwinter. In London, Cora Seaborne’s husband passes away of throat cancer. After the end of her abusive marriage, Cora decides to seek a new purpose in life. She meets Dr. Luke Garrett, a surgeon, and they quickly become friends. Luke expresses his desire to perform successful heart surgery. Cora’s caretaker, Martha, tells her about the newspaper reports of the sightings of a monstrous dragon-like serpent near a village in Essex. Cora decides to visit Essex and learn more about the mythical creature.

On her first day in Essex, Cora runs into Will Ransome, the vicar of Aldwinter, a village in Essex. Will learns about Gracie’s disappearance from the girl’s father, Henry. In London, Luke loses a patient while trying to perform heart surgery. To cheer up Luke, his friend and colleague, Dr. George Spencer, suggests taking a trip. Luke decides to visit Cora in Essex.

After briefly reuniting with Luke and George, a friend of Cora sets up a dinner for her with Will in Aldwinter. Cora befriends Will and his family. She decides to stay in the village to learn more about the serpent while Martha returns to London with Luke and George. In the end, the villagers discover Gracie’s body and fear that the mythical serpent — an incarnation of the devil — is coming for them.

The second episode, titled ‘Matter of the Heart,’ sees the villagers contemplating the meaning of Gracie’s mysterious death. Some villagers believe that the serpent got her, while Will thinks it was an accident and Gracie merely drowned. Naomi tries to convince Will that she saw the serpent. However, Will refuses to believe her. Meanwhile, in London, Martha helps Luke and George with the heart surgery of an Indian immigrant. Cora offers to give the village’s children a lesson in science so that they do not give in to the superstitions about the serpent. However, the class ends up being a disaster after Naomi falls into a strange trance.

The Essex Serpent Episode 2 Ending: What Happens to Naomi? Is She Posessed?

In the episode’s final act, Naomi wakes up in the middle of the night after a seagull appears in her basement. She believes that the seagull’s appearance is a sign that the serpent will come for her. However, her friend, Jo, convinces Naomi not to worry. Later, the two attend Cora’s class at school, where Cora teaches them about ancient creatures. However, Matthew is unhappy with Cora’s approach to the serpent situation. 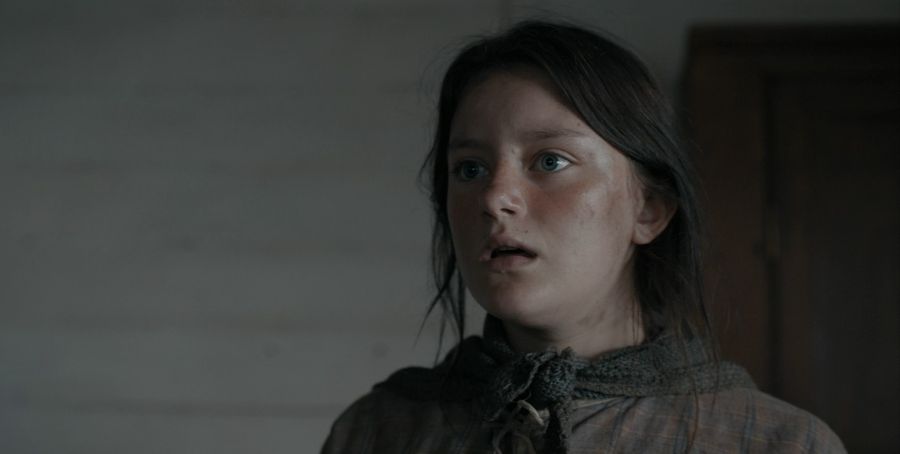 The children grow curious and question Cora whether the serpent is real. She is unable to answer the children’s queries honestly. Amidst the discussion, Naomi chants that the serpent is coming for them. The children cause chaos in the classroom, leading to a bottle of ink breaking and spilling on the floor. The children believe that Naomi caused the bottle to break and suspect her of being possessed. As the children accuse Naomi, the young girl falls into a trance. The episode ends without completely explaining the strange situation in the classroom.

Naomi witnessed the death of her sister, Gracie, and it may have affected her mental state. After all, the young girl not only saw her sister disappear but also found Gracie’s dead body. Moreover, she has grown up hearing the stories about the serpent and its connection to the devil. Therefore, it is likely that the trauma and grief from Gracie’s death are manifesting in Naomi through these seemingly inexplicable actions. Furthermore, the fear and anxiety among the children over the serpent’s supposed existence cause the chaotic situation, and they believe Naomi is possessed. Ultimately, the incident showcases Naomi’s fragile mental state while keeping the mystery about the serpent’s existence tightly wrapped.

Read More: Where Was The Essex Serpent Filmed?