Is Netflix’s Love in the Villa Based on a True Story? 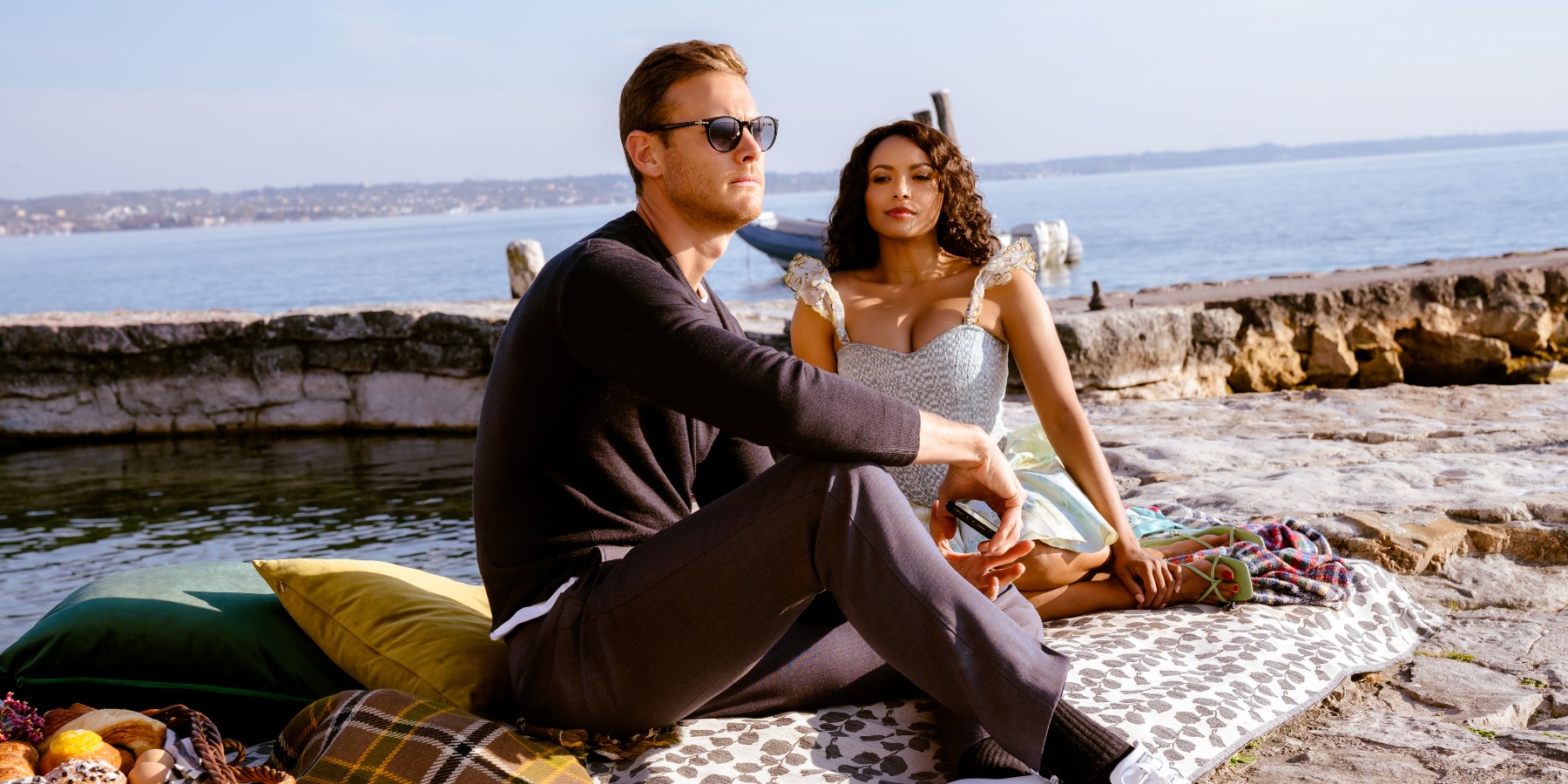 Netflix’s ‘Love in the Villa’ is a romantic comedy movie directed by Mark Steven Johnson (‘Love, Guaranteed‘). It follows Julie (Kat Graham), a young woman who takes her dream vacation to Verona, Italy, after her breakup. However, after arriving in the city, Julie learns that the villa she booked is occupied by a British man named Charlie Fletcher (Tom Hopper). As a result, the two are forced to share the villa leading to a romance between them.

The engaging and beautifully shot film showcases the rich cultural heritage of Verona. Moreover, it explores a unique romantic story in a realistic and grounded manner. Therefore, viewers must wonder where the story is based on actual events. In that case, here is everything we know about the inspiration behind ‘Love in the Villa.’

Is Netflix’s Love in the Villa a True Story?

No, ‘Love in the Villa’ is not based on a true story. The film is based on a screenplay written by Mark Steven Johnson and tells a fictional story. The narrative follows Julie, a ‘Romeo Juliet’ fan who believes in concepts such as love and destiny. She meets the cynical and temperamental Charlie, who is completely different from Julie. As a result, the movie dives into the tried and tested trope of “opposites attract” that is common in romantic comedies.

However, the film adds freshness to the basic premise by setting the story in the Italian town of  Verona, the setting of Willaim Shakespeare’s seminal play ‘Romeo Juliet.’ The film explores Julie and Charlie’s romance through the culture of Verona and draws several visual parallels to Shakespeare’s play.

Director Mark Steven Johnson opened up about the film’s concept and themes in a press release. “Now, more than ever, people need some love and laughter in their lives. Everyone seems so divided these days. But in the end, everyone wants the same thing — to love and to be loved. That’s what movies like ‘Love in the Villa’ are about,” Johnson said.

The film explores the feelings of love and romance that are instigated by the atmosphere of Verona. The city plays an important role in the story and is a character in itself. The film is grounded in Verona’s culture as it showcases its various local tourist attractions, food, and traditions. For example, the movie highlights the practice of writing letters to Juliet, a fictional character. All these elements lend a semblance of reality to the story, making Julie and Charlie’s romance enchanting and believable.

In an interview with The List, actress Kat Graham (‘The Vampire Diaries‘), who essays the role of Julie in the film, praised the city and its influence on the romantic movie. “It’s as magical as it seems. Everything that you guys feel while watching it — it’s not fake. It’s something that is such a real experience,” Graham said. Tom Hopper (‘The Umbrella Academy‘), who plays Charlie in the movie, echoed his co-star’s sentiments in the same interview. “People should go and visit Verona and feel it for themselves. They really should. Like Kat says, that’s absolutely true. All those feelings — it’s all there,” Hopper added.

Ultimately, ‘Love in the Villa’ is a fictional story that is rooted in the culture of Verona, Italy. It highlights the city’s attributes and underlines its ability to create an atmosphere of romance and love. As a result, a unique love story unfolds in the city as Julie and Charlie meet and fall in love. The narrative is driven by the lead pair’s electric chemistry, while the focus on Verona adds a semblance of reality to it.

Read More: Where Was Netflix’s Love in the Villa Filmed?