Is Netflix’s Me Time Based on Kevin Hart’s Life? 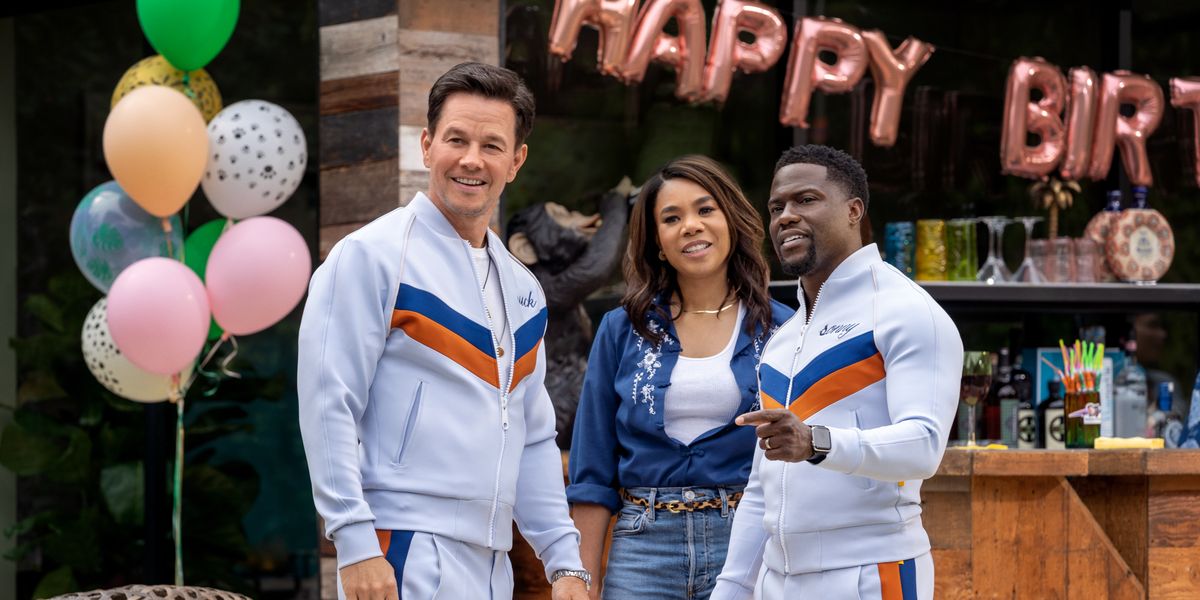 Netflix’s ‘Me Time’ is a buddy comedy film written and directed by John Hamburg and starring Kevin Hart in the lead role. The film follows Sonny, a middle-aged stay-at-home dad who receives a short vacation after spending years building a family and supporting his wife’s career. However, when Sonny reconnects with his childhood best friend, Huck (Mark Wahlberg), he soon finds himself contemplating his life choices.

The film is filled with whacky and hilarious moments but is grounded in the emotional consequences that Hart’s Sonny faces. Moreover, the actor/comedian serves as a producer on the film. Therefore, viewers might wonder if the film is inspired by his real life. If you wish to find out whether ‘Me Time’ is based on Kevin Hart’s life, here is everything we know in that regard!

Is Me Time Based on Kevin Hart’s Life?

No, ‘Me Time’ is not based on Kevin Hart’s real life. The film is based on a fictional story written by director John Hamburg. In the film, Hart plays Sonny, a stay-at-home dad who is married to architect Maya Fisher (Regina Hall). Sonny is best-friends with Huck, a perpetual bachelor. He once aspired to be s successful musician. However, Sonny now spends most of his time with his kids and supports his wife while taking PTA responsibilities.

In reality, actor Kevin Hart is a Hollywood superstar with a successful acting and comedy career. Therefore, it is hard to imagine Hart living the stay-at-home dad lifestyle. However, Hart is a family man, just like Sonny. He was married to actress Torrei Hart from 2003 to 2011, and the former couple has two children together. Later, Hart married Eniko Parrish, also an actress and a model, in 2016. The couple has two children. While Hart did dabble into music under the stage name Chocolate Droppa, his primary focus remains acting and standup comedy. Hence, there are no direct parallels between Hart’s character in ‘Me Time’ and his real life.

In an interview, writer-director John Hamburg explained the decision behind casting Kevin Hart in the film. Hamburg told ComingSoon that he and Hart had worked together years ago before reuniting to work on Hart’s ‘Night School,’ which Hart co-wrote with Harry Ratchford, Joey Wells, Matt Kellard, Nicholas Stoller, and Hamburg. After working on that project, Hamburg approached Hart with ‘Me Time’ and retooled the script to serve Hart’s comedic style.

In the same interview, Hamburg explained that Hart’s ability to perform comedy and dramatic scenes helps ground the story of a father pushing his family away in reality. “These are real things, and I just wanted it to feel real. Kevin has the ability to do that. So he’s such a rare type of talent who is explosively funny but can play grounded as well. Doesn’t have to try too hard to be funny,” he stated.

Hamburg added that the theme of balancing work and personal life is a challenge he faced during his adult years. Therefore, Hamburg likely drew from personal experiences to write the script. Ultimately, it is evident that ‘Me Time’ is not based on a true story and definitely not inspired by Kevin hart’s life. It is a fictional story that explores the complex themes of adult friendships, family life, and personal life. It presents themes relatable and emotionally resonant themes in a hilarious and grounded fashion.