Is Our Flag Means Death Based on a True Story? 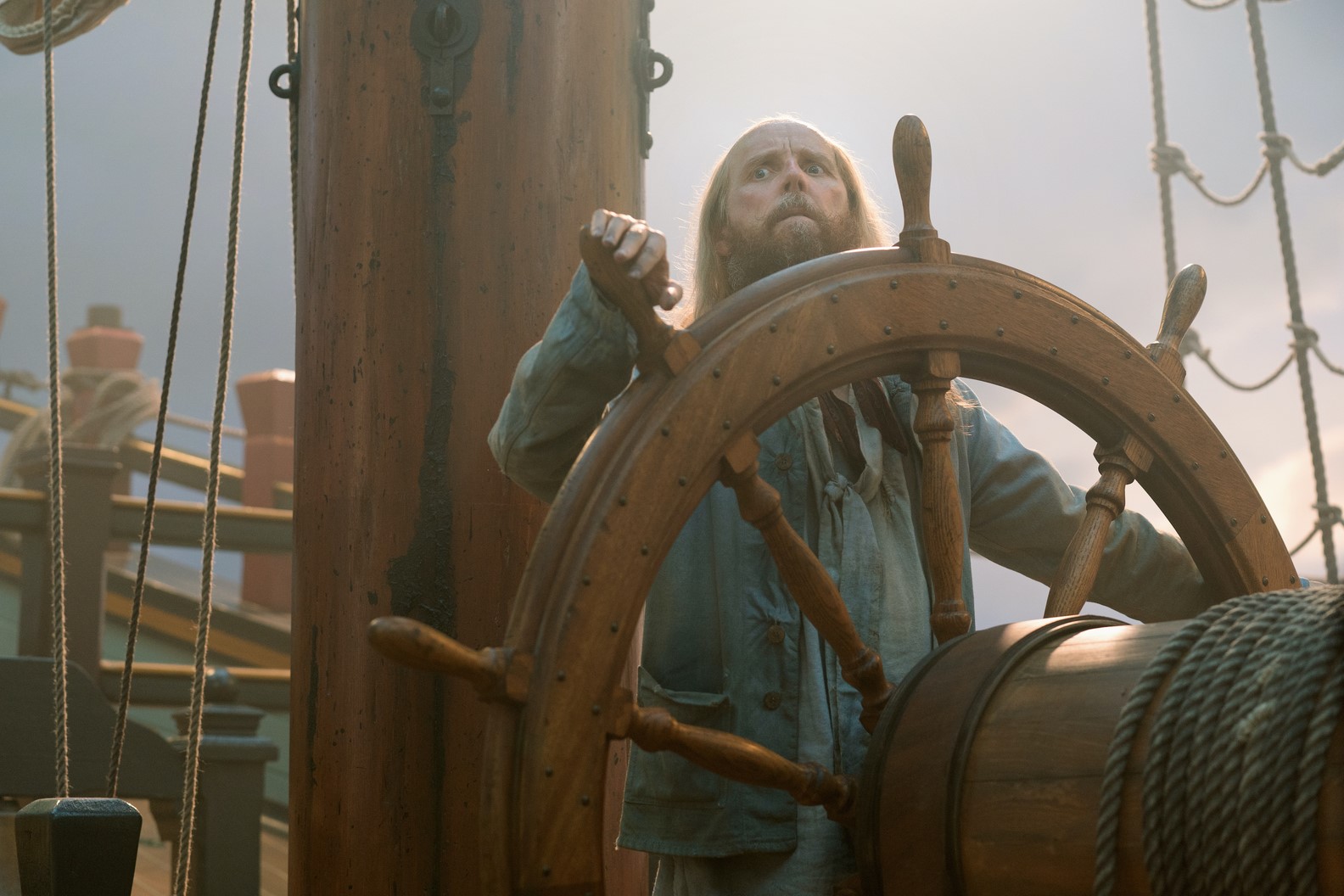 Created by David Jenkins, ‘Our Flag Means Death’ is a period-comedy series. It revolves around Stede Bonnet (Rhys Darby), a wealthy landowner who abandons his wife and children and embraces the pirate life. However, it soon becomes apparent to both Stede and his crew that he is a horrible pirate and even worse captain.

When the series begins, his crew is about to mutiny. But their attention is diverted with the arrival of the Royal Navy of England. ‘Our Flag Means Death’ is set during the Golden Age of Piracy. Many of its characters are historical figures and real-life pirates. If that has made you wonder whether ‘Our Flag Means Death’ is based on true events, this is what you need to know.

Is Our Flag Means Death a True Story?

Yes, ‘Our Flag Means Death’ is based on a true story. As surprising as it might seem, Stede Bonnet was a real pirate whose life was as extraordinary as the show depicts. He was originally from Bridgetown, Barbados. After his father’s death, Stede inherited their family’s considerably large property. He married and had four children with his wife. However, apparently, he left home and became a pirate because of marital issues. He had a sixty-ton sloop ship built for himself and named it the Revenge. This was particularly unconventional as pirates generally don’t get their ships built but take over existing ships of civilians, military, or other pirates.

As shown in the series, Stede came to be regarded as the “Gentleman Pirate.” The part that he paid wages to his crew is also true. Blackbeard (Taika Waititi) played an important role in Stede’s career. Shortly after their first meeting, Blackbeard assumed the command of the Revenge because Stede was seriously injured at the time, and his crew had little faith in him. Under Blackbeard’s tutelage, Stede learned how to be a pirate captain. Eventually, the two had a fallout after Blackbeard betrayed Stede. The latter tried to find the former afterward, but without much success.

Stede was ultimately captured after the Battle of Cape Fear River. He was hanged to death in Charles Town (now Charleston), South Carolina, on December 10, 1718. Not just the characters, the show heavily relies on history while depicting other aspects of the narrative as well. A good way to describe the series is that ‘The Great’ meets ‘What We Do in the Shadows.’ ‘Our Flag Means Death’ is ultimately a workplace comedy with a massive setting.

Jenkins stated in an interview that he had always felt drawn toward things that had a small and homely quality to them, particularly when they are part of a massive genre or franchise. With ‘Our Flag Means Death,’ Jenkins wanted to look beyond the gunpowder and big action sequences that have become prevalent in pirate films and focus instead on the everyday life of these people. The result was ‘Our Flag Means Death.’

Waititi and Darby are longtime friends. ‘Our Flag Means Death’ gave them the opportunity to work opposite each other for a significant period, and they both expressed their satisfaction about it during an interview. “We actually got to work as actors together because normally he’s behind the camera yelling at me,” Darby joked. “That was really fun because we have the same sense of humor, and we like to joke around a lot, and now we’ve got an excuse to do it on screen.

He continued, “The challenge really became when we started to do the dramatic stuff because there’s some heartfelt drama in there, and neither of us had done that with each other. Comedy is very easy for us, but that was a challenge.” Clearly, despite its comedic credentials, ‘Our Flag Means Death’ is based on a true story.