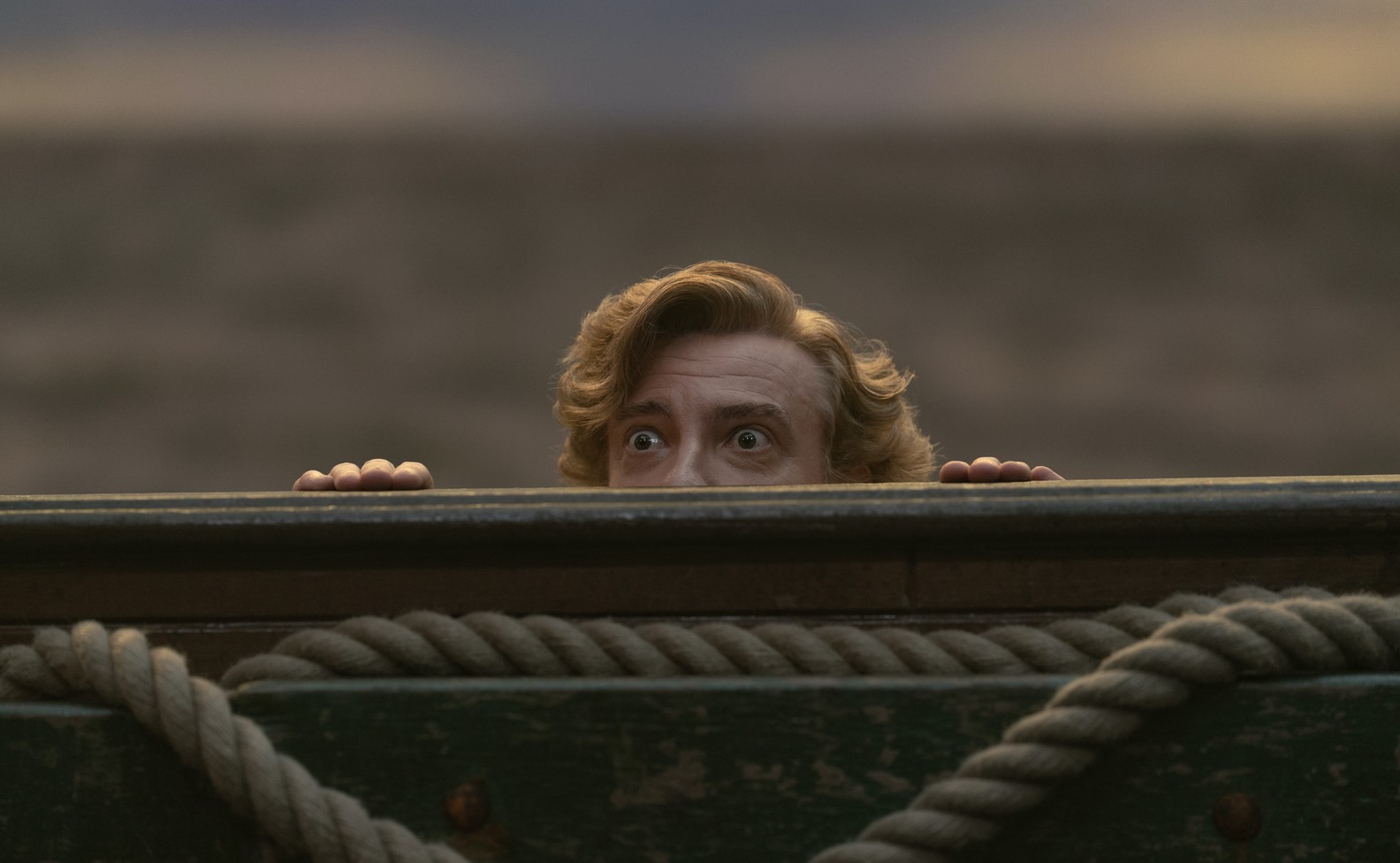 Once in a blue moon comes a TV show or a film that is so wholesome that it leaves you with a perpetual smile plastered on your face after every episode. ‘Our Flag Means Death’ explores history with the liberty of ‘The Great’ and comedic flamboyance of ‘What We Do in the Shadows.’ Stede Bonnet (Rhys Darby) used to be a wealthy landowner. But because of marital issues, he decided to leave it all behind and became a pirate.

The problem is that he knows next to nothing about maritime travels and even less about piracy. He purchases a ship, pompously naming it the Revenge. The crew he hires quickly realizes that he is incompetent but decides to stay with him for now because they will not get paid weekly wages in any other pirate ship. His unconventional approach to piracy soon draws the attention of the dreaded Blackbeard (Taika Waititi). Here is everything you need to know about the ending of ‘Our Flag Means Death’ episode 3. SPOILERS AHEAD.

The pilot episode begins with the deeply unsatisfied crew of the Revenge complaining about their captain. It seems that they do everything except for what they are supposed to — piracy. Some crew members bring up that they don’t even have a proper pirate flag yet, so the captain instructs them to sew the flag they want for the ship. This further irks Black Pete (Matthew Maher), a crew member claiming that he previously worked for Blackbeard. He incites a mutiny, and most other members decide to go along with it.

However, before they can put their plans into effect, a ship belonging to the Royal Navy of England arrives. It is revealed that the captain of the other ship is Nigel Badminton (Rory Kinnear), a childhood bully of Stede. Realizing their perilous situation, Stede convinces his crew to change into attires fit for gentlemen when Nigel demands to board the Revenge. Almost predictably, things don’t go according to the plans, and Stede ends up accidentally killing Nigel.

In episode 2, titled ‘A Damned Man’, the Revenge gets beached on a seemingly deserted island. The prisoners that the crew captured during their encounter with the Royal Navy are taken by the locals. Stede, Black Pete, and another crew member, Oluwande (Samson Kayo), are captured while looking for the two naval officers.

The locals, who can speak fluent English, immediately release Oluwande, but Stede and Black Pete are not so lucky. However, the chieftain realizes that Stede is haunted by Nigel’s death and lets them go. Later, the group encounters three other men trying to take the naval officers. Stede tricks them into compromising with him and his crew. It turns out that those men belong to Blackbeard’s crew.

In episode 3, titled ‘A Gentleman’s Pirate,’ Stede and his crew visit the Republic of Pirates in the hopes of finding a fence for the remaining hostage. They end up in a questionable bar run by Jackie (Leslie Jones), where they encounter Izzy, one of Blackbeard’s men from earlier. The barkeep (Fred Armisen) lures Stede and his crew in with the prospect of a deal and hands them over to the Spanish Navy.

Our Flag Means Death Episode 3 Ending: Does Stede Bonnet Die? What Does Blackbeard Want from Stede?

No, Stede doesn’t die in the third episode of ‘Our Flag Means Death.’ As soon as he boards the ship belonging to the Spanish Navy, he discovers that the barkeep has betrayed them. All members of his crew have been captured. The ship’s captain stabs Stede in the belly, but the latter doesn’t immediately die. When they try to hang him, Blackbeard arrives and eviscerates the Spanish ship, effectively rescuing Stede and his crew.

Historically, these two men worked together and formed a professional and personal relationship. Blackbeard taught Stede how to be a proper pirate captain, and they sailed and pillaged together for a few months. Despite the comedic aspect of the show, the narrative considerably draws from real events, giving a glimpse of the colorful life that the historical Stede Bonnet led. In the next few episodes, Stede will most likely learn how to run his ship from Blackbeard. In turn, he might teach the legendary pirate how to be a gentleman.

What Is Jim’s Real Name? Why Is She Disguised as a Man?

Jim’s real name is Bonifacia Jimenez. She ran away after killing one of Jackie’s husbands, who apparently killed her family. Oluwande, before joining the Revenge, used to work for Jackie and introduced Jim to her. After Jim killed the husband, they escaped together from the Republic of Piracy. Jim disguised herself in a fake nose and beard and joined the crew of the Revenge. However, unlike Oluwande, she fails to disregard her curiosities and returns to the Republic of Piracy, as Jackie knew she would. Jackie even put out a low bounty, knowing that the moment Jim sees it, she will promptly walk back into the bar. Jim is one of the crew members of the Revenge that get captured by the Spanish Navy.

Read More: Is Our Flag Means Death’s Stede Bonnet Based on a Real Person? Did He Really Leave His Family?