Is Platoon a True Story?

‘Platoon’ is often regarded as one of the most realistic and exceptional war films of all time, and for good reason. It follows Private First Class Chris Taylor (Charlie Sheen) as he enlists to fight in the Vietnam War. However, the perils of combat soon have him facing a rather potent moral dilemma. Directed by Oscar-winner Oliver Stone, the movie also features exceptional performances by Tom Berenger, Willem Dafoe, Keith David, Kevin Dillon, John C. McGinley, Forest Whitaker, and Johnny Depp. In this article, we explore whether the premise is based on real events.

Is Platoon Based on a True Story?

Yes, ‘Platoon’ is based on a true story. In fact, the movie recounts the very real and life-altering incidents that the director faced when he volunteered to serve in 1967 as a 21-year-old infantryman. He recalled, “To me Vietnam was very much like the Iliad, a country beating on foreign shores for 10 years with endless internecine warfare.” Interestingly, he wrote the script to counter the perception of war that had been ingrained in society by John Wayne’s ‘The Green Berets.’ 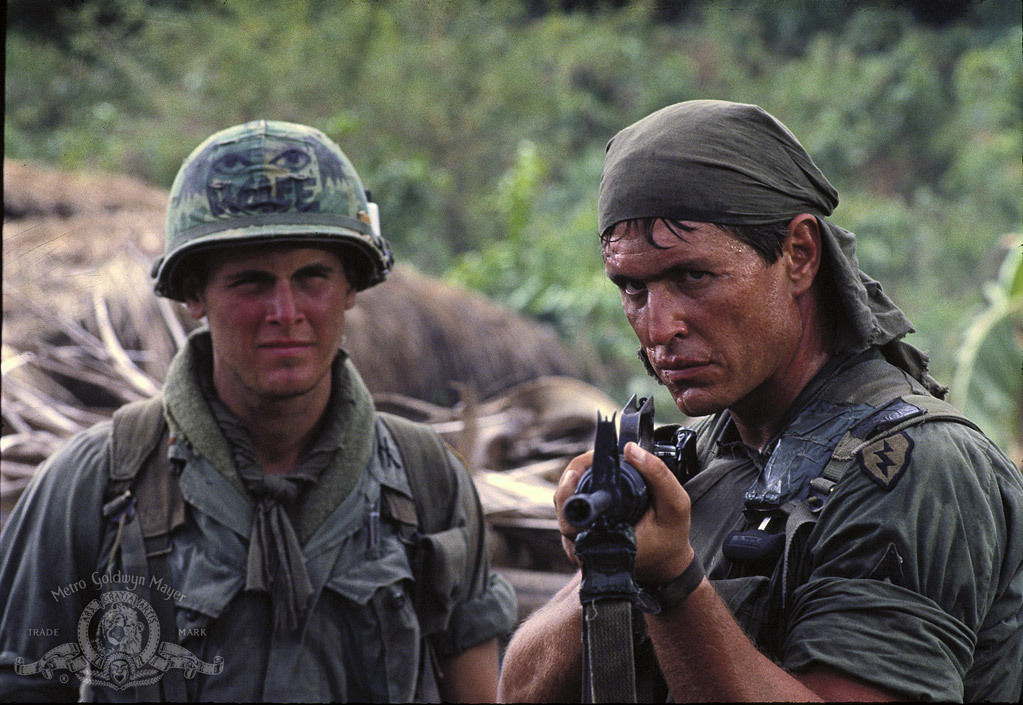 Stone returned to the USA in 1968, which is when he wrote a screenplay called ‘Break.’ It was a semi-autobiographical piece that primarily dealt with his parents and his time in Vietnam during the war. While it never went into production, the story did serve as a building block for ‘Platoon,’ which was scripted in the 70s. But it is also imperative to note that the director, upon his return from his tour of duty, faced many issues such as drug abuse, which was a common problem amongst soldiers back then.

Most studios had refused to take on the project – “They said it was too grim, too down, too realistic.” The director also stated that the film did not have a huge budget, which is why some lighting was always shaky. Equating his work to the mythology of war, he affirmed that they did not have much money for effects. In fact, today, many scenes could be recreated with the help of technology, but at that point in time, they made do with the resources and techniques at hand.

The first two iterations of the movie fell through. Initially, the script was not considered to be upbeat enough, the director recalled. It was around this time that he wrote ‘Midnight Express,’ which was immensely successful. He also felt that many other movies had been released in the meantime, and so, he shifted his focus onto other projects. It was in 1984 that Stone revisited the script, but an encounter with Dino DeLaurentiis hindered the movie’s production yet again.

The director explained, “He was only willing to go so far. The script was mine and he hadn’t paid for it, really. He considered it his, but he hadn’t paid. We had to threaten to go to court to get the movie back. It’s a miracle it eventually got made. It’s also a miracle that it was received well because it was supposed to be past due. We’d had Rambo and a bunch of other Vietnam movies. And the thinking was no one wanted another Vietnam movie.”

However, ‘Platoon’ finally saw the light of day, and as we all know, the rest is history. Kevin Dillon, who plays Bunny, drove home exactly how authentic the filming process was. The actors were subjected to an unforgiving and merciless training program that replicated the experiences of the U.S. Marines. It was led by Vietnam War Veteran, Dale Dye. The actor even stated that he suffered from PTSD by the end of the project. The cast was lead by actual soldiers, and they also lived like recruits.

“From the first day we landed, we were treated like a new Army unit and were all just thrown into it. We were all put in a foxhole together, had our hair cut and told to take off our normal clothes and put on fatigues, and then immediately sent out on a recon mission,” Dillon recalled. “Each of us was given an M16 too. It really was that crazy. And then as we were digging the special effects team started setting bombs and flares off around us. They had guys firing AK47s rounds over our heads – it was crazy. It’s amazing that nobody got killed. We ran across a field where bombs were going off and we wouldn’t know where the bombs were located.”

Apart from this, the cast was familiarized with the many basics of combat, such as jungle warfare, combat, weapon handling, target practice, cooking, radio communication, and first aid. ‘Platoon’ is regarded for its authentic and honest depictions of what the Vietnam War was actually like, especially considering that previous productions were nowhere close in this regard. There is a reason that the war can be marked as one of the most tumultuous occurrences of the decade.

Add to this a moral dilemma about the cost of war, and you have yourself one of the most legitimate on-screen renditions of real-life combat. Nominated for eight Oscars, the film eventually took home four on the Award night. Evidently, it has struck a chord with its viewers, and the fact that it is based on a true story only adds to the legacy of ‘Platoon.’

Read More: Where Was Platoon Filmed?