Is Reboot’s Step Right Up Based on a Real Sitcom?

Hulu’s ‘Reboot’ created by Steven Levitan, is a witty and sarcastic take on the sitcom genre. The series focuses on the dysfunctional cast of the hit 2000s sitcom ‘Step Right Up.’ As the cast gathers for the new and edgier reboot of the show, hilarity ensues on the sets. However, given the show within a show format of ‘Reboot,’ viewers must be wondering about the inspiration behind the sitcom that is the cornerstone of the narrative. If you are wondering whether ‘Step Right Up’ is based on a real sitcom, here is everything you need to know! SPOILERS AHEAD!

Is Step Right Up Based on a Real Sitcom?

No, ‘Step Right Up’ is not based on a real sitcom. The sitcom is a fictional show that exists within Hulu’s ‘Reboot’ created by Steven Levitan, best known for his work on the Emmy award-winning series ‘Modern Family.’ The fictional ‘Step Right Up’ is a family comedy created by Gordon that aired in the early 2000s. However, the show was canceled after lead star Reed Sterling left to pursue a career in films. The exact number of seasons and episodes the show contains is unknown. 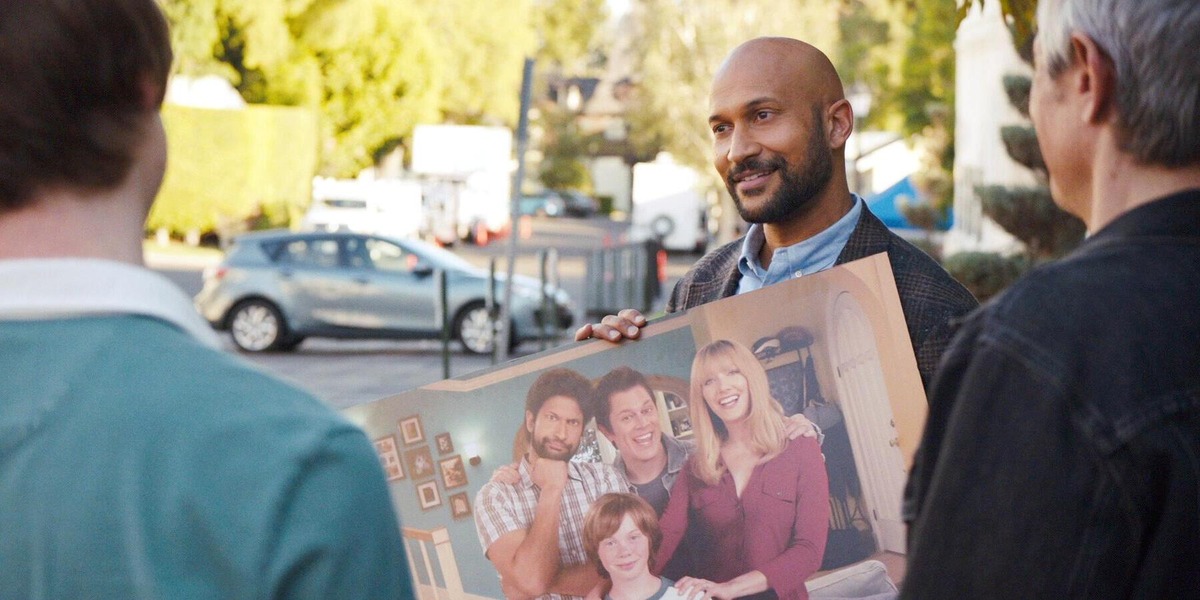 The series focuses on an unnamed suburban family. Reed Steerling stars as Lawrence, the stepdad of the family who is married to Bree Marie Jensen’s character, Josie. The couple lives with Bree’s son, Cody (Zack Johson), and his father, Jake (Clay Barber), Bree’s ex-husband. Hence, it is evident that the series explores an unconventional and unorthodox family. As a result, viewers might find the show similar to ‘Modern Family,’ which follows a large and unconventional family, including a stepdad and son relationship.

Some viewers might also find the fictional sitcom similar to ‘Full House,’ created by Jeff Franklin, that aired from 1987 to 1995. The series is notable for being rebooted by Netflix, and the new iteration titled ‘Fuller House‘ ran from 2016 to 2020. The series is also among the wave of 90s and early 2000s sitcoms to be rebooted in the modern era for a streaming service. Hence, there are similarities between the tone and treatment of ‘Step Up Right Up’ and ‘Full House’ and their respective reboots.

Other shows that may have inspired the fictional; ‘Step Right Up,’ include ‘The Brady Bunch’ created by Sherwood Schwartz, ‘The New Normal’ created by Ryan Murphy and Ali Adler, and ‘Step by Step’ created by William Bickley and Michael Warren. All the shows explore blended families and complex relationships in a heartfelt and hilarious fashion.

The children’s sitcom ‘Drake & Josh,’ which follows the titular step-siblings, is also reminiscent of the fictional sitcom due to the similarity between Drake Bell’s Drake Parker and Zack Johnson and his character Cody. Lastly, creator Steven Levitan has stated that shows such as ‘Full House,’ ‘My Two Dads,’ and ‘Roseanne’ influenced the creation of ‘Reboot.’ Hence, it is likely that the shows inspired the fictional show within ‘Reboot.’

Ultimately, ‘Step Right Up’ is a fictional sitcom that exists only within the reality of ‘Reboot.’ The show represents the classic American family sitcoms that were popular in the 90s and 2000s. The growing trend of these shows receiving modern and edgier reboots is satirized in the series in the form of ‘Step Right Up.’