Is Disney+’s Rise Based on a True Story?

Directed by Akin Omotoso, ‘Rise’ is a sports drama film that follows the journey of three Greek brothers who rise out of abject obscurity to NBA stardom. When their parents move from Nigeria to Greece and are challenged by the convoluted citizenship process, the family is forced to survive on meager earnings by selling souvenirs to tourists.

Spanning several years, the story witnesses the three brothers, Giannis, Thanasis, and Kostas, as they overcome difficult circumstances and begin playing basketball in Greece, only to end up with NBA fame in the US. Given the realistic narrative and the lifelike performances of the cast members, the audience cannot help but wonder if ‘Rise’ depicts actual people and events. Now, if you wish to find out more, here’s all you need to know!

Is Rise a True Story?

Yes, ‘Rise’ is based on a true story. The remarkable saga is inspired by real-life Nigerian-Greek brothers Giannis, Thanasis, and Kostas Antetokounmpo, who became the first sibling trio to become NBA champions. Akin Omotoso helmed it from a script penned by Arash Amel. The film remains relatively faithful to real-life events, with Giannis Antetokounmpo even being on the team as executive producer. In an interview, the director shared how he was influenced by several sports movies like ‘Remember The Titans,’ ‘White Men Can’t Jump,’ and ‘The Way Back,’ as well as the basketball video game ‘NBA 2K.’ 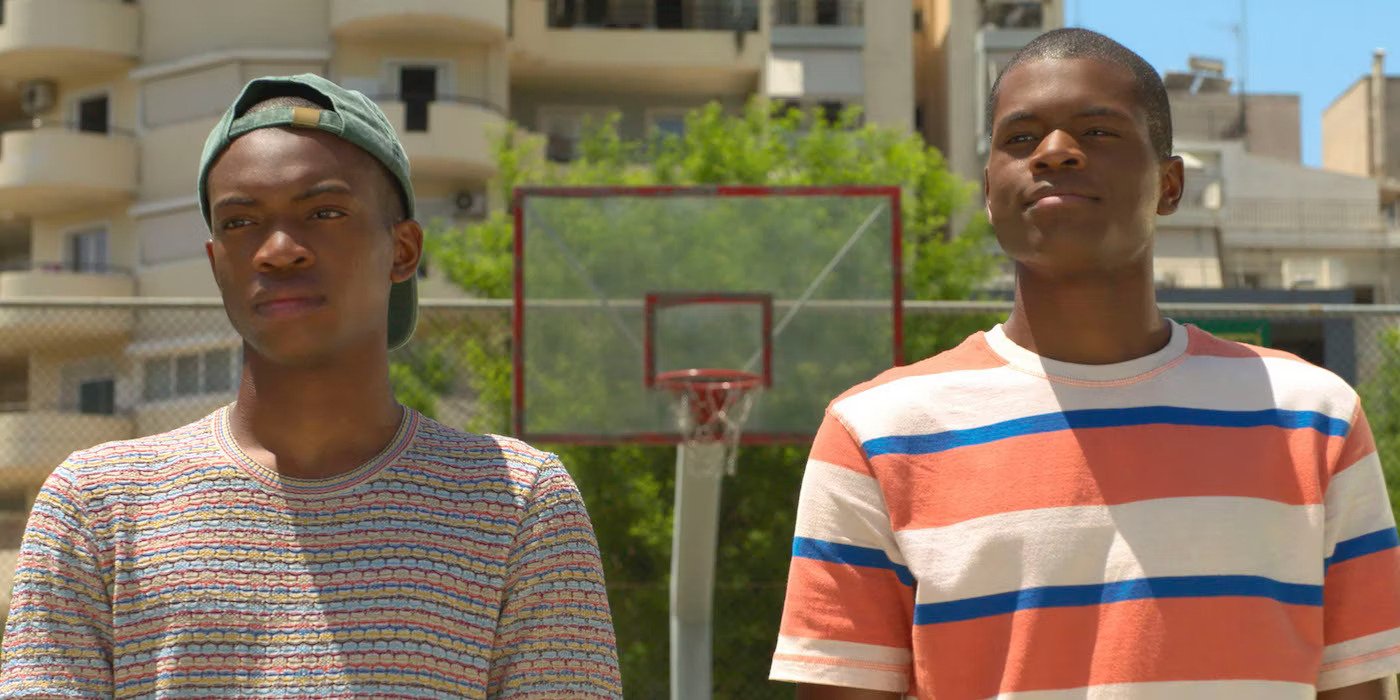 In an interview, Akin shared that he read about Giannis in 2013, before he became a world champion. Since then, the South Africa-based director has aspired to tell the ace basketball player’s story on-screen. Thus, when Akin later discovered that Disney was making a movie based on the latter’s life and that Arash was writing the script, he contacted his agent to arrange a meeting with the producers. Moreover, he elaborated on how the Antetokounmpo family helped throughout the production process with their inputs.

Apart from the incredible tale of the three brothers, Akin wanted to depict themes like overcoming adversities, family values, and not letting circumstances define you. Returning to the movie’s main inspiration, the Antetokounmpo siblings have indeed carved a name for themselves in sports history with their glorious achievements. While Giannis and Thanasis Antetokounmpo joined the Milwaukee Bucks and helped the team get its first championship ring in 50 years, Kostas got into the Los Angeles Lakers. Their parents, Charles and Veronica Antetokounmpo, emigrated from Nigeria to Greece in 1991.

However, the young couple had to struggle and face issues getting Greek citizenship. Charles was a Nigerian football player, while Veronica was a former high jumper. In order to make ends meet in the foreign land, the family sold souvenirs in Athens. The Antetokounmpos have five sons — Francis, Thanasis, Giannis, Kostas and Alex. After making his way through the lower rungs of basketball, Giannis moved to the United States and joined the Milwaukee Bucks.

On the other hand, Giannis’ brother, Thanasis, began playing in NBA’s Developmental League. Though the rest of the Antetokounmpo family was initially slated to move to Milwaukee with Giannis, they faced visa issues and finally joined the two brothers on US soil in February 2014. Soon after, they watched Giannis play against the Knicks at the BMO Harris Bradley Center in Milwaukee. This was the first time his parents had seen Giannis play an NBA match in person. Unfortunately, Charles unexpectedly passed away in September 2017 at 54.

The Nigerian-American basketball legend Hakeem Olajuwon once stated how the original family name Adetokunbo (from which Antetokounmpo is derived) translates to “the crown has returned from overseas.” Incidentally, this is also one of the movie’s tag lines, once again hinting at how closely it is tied to the Antetokounmpo family.

Another interesting aspect that adds to the film’s true-to-life relevance and its inspiring theme is the story of two of the lead actors. Uche Agada and Ral Agada, who essay young versions of Giannis and Thanasis, are brothers themselves. Uche was reportedly working at a WaWa drive-thru when he saw Giannis’ open call on social media for a young new actor to play the basketball star in a movie. After getting the part, Uche introduced the filmmakers to his brother, Ral, and got him to audition, eventually leading to the latter bagging the role of Giannis’ brother, Thanasis.

Thus, ‘Rise’ has some very deep roots in the real world and tells a story that is actually ongoing at the time of the film’s release. The on-screen depiction focuses more on the family’s struggles in their early days and the brothers’ meteoric and inspiring rise to the NBA. However, the movie is made with the involvement of Giannis himself, and the fact that a real-life family member is on board makes it all the more authentic.

In his official statement as executive producer, Giannis said, “I am thrilled and honored that Disney+ is bringing my family’s story to people all over the world. My hope is that it will inspire those in similar circumstances to keep the faith, stay true to their goals, and not give up on striving for a better life.” So, we would like to reiterate that while watching ‘Rise,’ you can rest assured that the remarkable story you see playing out really happened in reality.

Read More: Rise: Where Are They Now? Update