Rise: Where Are They Now? Update 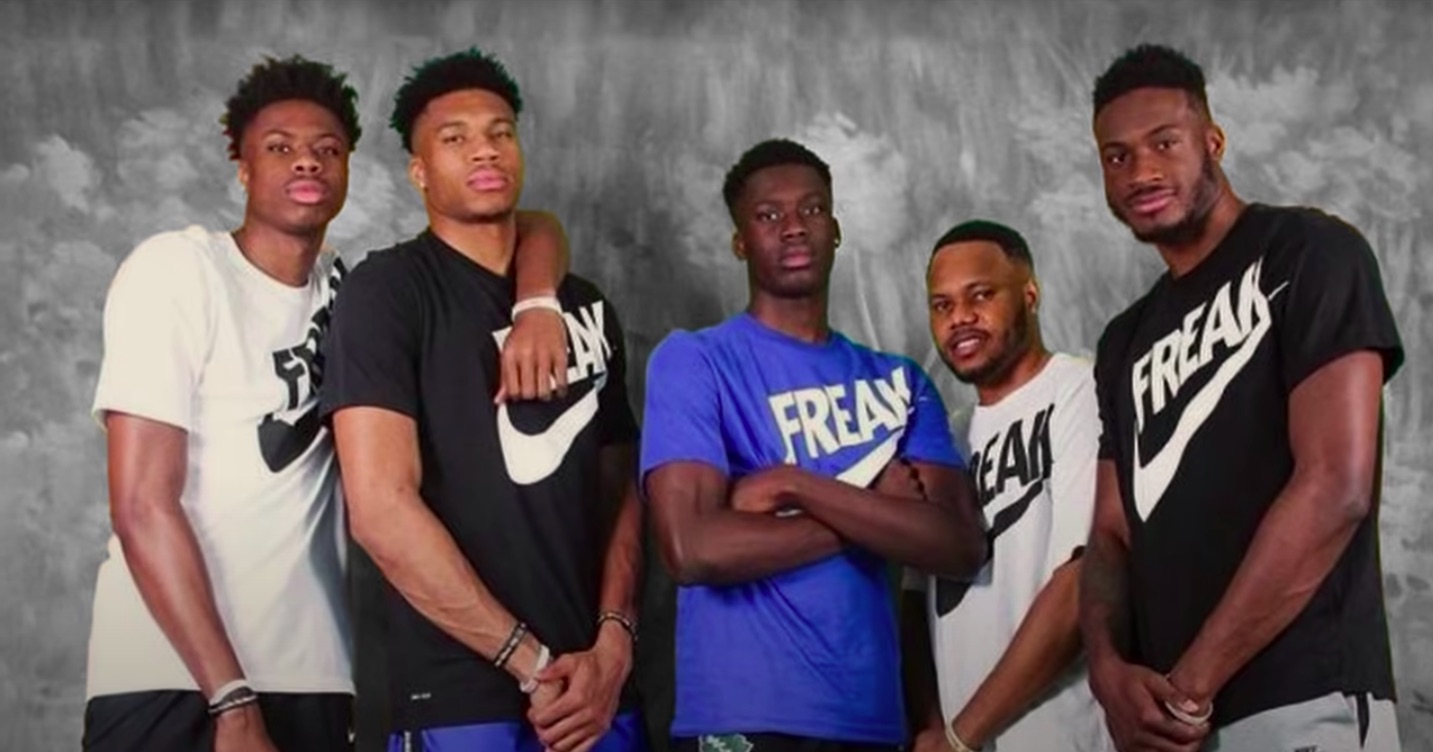 Disney+’s ‘Rise‘ follows the story of the struggles and success of the Antetokounmpo family. It begins with Charles and Veronica Antetokounmpo leaving their home in Lagos, Nigeria, and traveling to Greece in the hopes of giving a better future to their family. They have to survive many hardships and brave a lot of difficult situations, all the while living in the fear of deportation due to their undocumented status in the country. Growing up in a difficult financial situation, their children learn the life of hard work from their parents, which is what eventually leads them to an incredibly bright future.

The story of the Antetokounmpo family is deeply inspiring and encourages the viewer to keep at their dreams no matter how tough the road might seem. In the end, the film gives the audience a glimpse of the wonderful future of the family. If you are wondering where the Antetokounmpos and some other important characters in the film are now, we’ve got you covered.

Where is Giannis Antetokounmpo Now?

Having earned the name of the Greek Freak, Giannis currently plays for the Milwaukee Bucks, with whom he has stayed since 2013. Within a decade, he has established a rather illustrious career for himself. He is a two-time MVP, becoming the third player, after Kareem Abdul-Jabbar and LeBron James, to win the title twice before turning 26. In 2021, he broke the decades-long dry spell of his team and won the NBA championship.

The film gives the audience a teaser of Giannis’ budding relationship with Nike, with whom he re-signed in 2017 and released a new line of sneakers called Zoom Freak.

Giannis credits his parents for his success and wears the number 34 in their honor. (His father was born in ’63 and his mother in ’64). In 2017, he started dating Mariah Riddlesprigger. The couple welcomed their first son, Liam, in 2020, and their second child, Maverick, in 2021. They live in Milwaukee, but also spend a lot of time in Giannis’ hometown in Greece.

Where is Thanasis Antetokounmpo Now?

Thanasis plays for the Milwaukee Bucks. He’d previously been drafted by the New York Knicks, but in 2019, he reunited with his brother, Giannis. In 2021, he won the 2021 NBA finals with the team. In June 2022, he exercised the player option on his contract, which secured him a payment of $1.88 million for the 2022-23 season.

Where is Kostas Antetokounmpo Now?

Kostas continued the success streak of the Antetokounmpos in basketball when he was drafted by the Philadelphia 76ers in the 2018 NBA draft. Later traded to the Dallas Mavericks, he eventually found himself playing for the Los Angeles Lakers and won the NBA championship for the team in 2020. As of 2021, he is signed with LDLC ASVEL of the French Betclic Élite and the Euroleague.

Where is Alex Antetokounmpo Now?

Following in the footsteps of his brothers, Alex Antetokounmpo is on his way to becoming an NBA star. He plays in the G League for the Raptors 905. He already has an NBA title under his belt, winning the Summer League championship for the Sacramento Kings in 2021. Alex also received honorary Greek citizenship in 2021.

Where is Francis Antetokounmpo Now?

Much like his brothers, Francis Antetokounmpo has a history in sports. He played semi-professional basketball and professional football. However, he didn’t completely immerse himself in the sports world. Instead, he has turned toward music, a thing that he is most passionate about. In 2020, he released his first single and hasn’t looked back since. He also contributed to the music of ‘Rise’, with two of his original songs featured in it.

Where is Charles Antetokounmpo Now?

Charles Antetokounmpo died at the age of 54 of cardiac arrest. It happened in 2017, two years before Giannis became MVP. In honor of his father, the basketball player incorporated some unique elements into the Zoom Freak sneakers line. The left strap of the shoes has the phrase “I am my father’s legacy”. Giannis said, “I wanted my dad to be remembered. I wanted people to know that he left a legacy behind. The only thing he cared about was his kids. His legacy lives within us, me and my brothers. We take pride in that. Every shoe I make, that phrase is always gonna be there. It’s not going nowhere. … I know he’s looking from above and really happy with … the way the shoe came out.”

Where is Veronica Antetokounmpo Now?

Veronica Antetokounmpo has a residence in Greece, the honorary citizenship which she received in 2021. She also spends a lot of time in Milwaukee, the team for which two of her sons play. She spends her time traveling and never misses any game, showing up to support and motivate her children, as she has always done.

Where is Coach Takis Zivas Now?

Coach Takis Zivas lives in Zografou, Greece, where he trained the Filathlitikos for more than two decades. He retired from the position of head coach in 2016 but continues to foster local talent. With the success that his students, the Antetokounmpo brothers, have had, the coach finds it is easier to motivate children for the sport. “We all dreamed of him having a great career and playing on a high level. Today, he’s the motivation for young kids to be involved in basketball, to be happy, and hopefully, they’ll be able to achieve things wearing Giannis’ shoes,” he said about remembering his former student.

Where is Giannis Antetokounmpo’s Agent Now?

The film shows Haris Eleftheriou as Antetokounmpo’s agent. While we didn’t find anyone of that name related to Antetokounmpo, we can tell you about his current agent Alex Saratsis, who is known to have garnered the contract of a whooping $228 million five-year for Giannis with the Bucks. It is the largest NBA contract in history and goes to show just how well Saratsis manages his clients. A couple of years ago, he was promoted to the post of senior director of global basketball operations at Octagon, the company where he has worked for about a decade-and-a-half. The roster of Octagon’s clients also includes other high-profile players like Seth Curry and Dennis Schroder.

Saratsis speaks highly of Giannis and sees better things for him in the future. “The same way that there’s an evolution of an athlete on the court, there’s the evolution of an athlete off the court. For the first few years, we were trying to build a brand. What he’s trying to do now is find companies that he really believes in and [to] put his money where his mouth is. He’s investing in different endeavors, getting equity in companies. The most important thing to Giannis is who you are at your core, and that’s the approach that we’ve taken,” he said.