Is Shamshera Based on a True Story?

Directed by Karan Malhotra, ‘Shamshera’ is an Indian period film set in the 19th century. The story takes place in a city called Kaza, where a warrior tribe is imprisoned and tortured. The fruits of their labor are enjoyed by the rich, who exploit them and live luxuriously. A young man named Shamshera has taken up the mantle of a liberator who is determined to free his people and rise against tyranny. To further his cause, he starts robbing the wealthy residents, who then complain to the British overlords.

After initial failures, the foreign authoritarians call upon Daroga Shuddh Singh to take care of the dacoit. Meanwhile, Shamshera learns about his father Balli’s actions and the legacy he left behind for him, thus deciding to immortalize it. Starring Ranbir Kapoor, Sanjay Dutt, and Vaani Kapoor in the lead roles, the movie beautifully presents an action-packed story that leaves many glued to their seats. However, the film’s narrative and settings have made many curious about its origins. Many have questions regarding the authenticity and reality of the Bollywood film, and we are here to explore the same.

Is Shamshera a True Story?

‘Shamshera’ is partially based on a true story. While not entirely true, most elements showcased in the Indian movie are inspired by real-life events during India’s colonization by the British. The film starts in 1871, approximately 15 years after the Indian Rebellion of 1857. The conflict resulted in the dissolution of the East India Company and the start of the British Raj, bringing India under the fold of the British Crown. 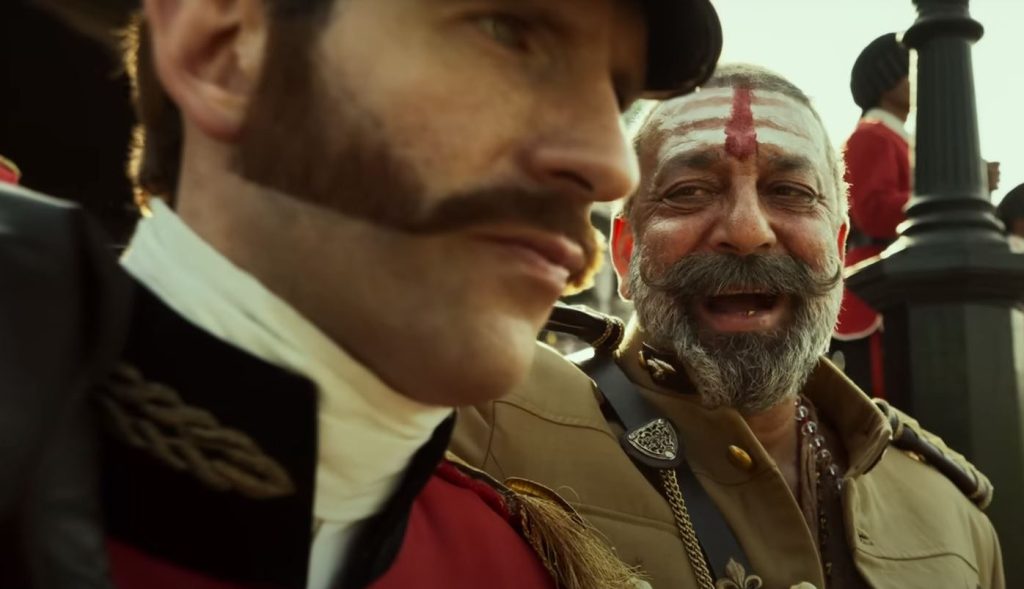 Admittedly, the city of Kaza and the events in the movie are a work of fiction; though, it is easy to see the inspiration behind them. The enslavement of a particular group of people for forced and harsh labor was prevalent during the time the story is set. In ‘Shamshera,’ the protagonist is seen taking part in Robin Hood-like activities and stealing from the rich, but surprisingly, the said wealthy people are also showcased to be Indians. This is possibly a jab towards those who decided to integrate themselves with the British in those times.

Moreover, the character of Daroga Shuddh Singh is not as unrealistic as one might think. Undoubtedly, he embodies all the classic signs of a villain, and actor Sanjay Dutt seems to have had a great time essaying the role. Shuddh Singh is not someone who respects the regime he works for and does take his shots against his British superiors. Despite this, the man does work for the British for his own reasons. His depiction as a part of the British force is not far from reality, as several Indians did serve in the European country’s militia. However, the real reasons behind them becoming British soldiers (sepoys) were varied and cannot simply be labeled as self-serving.

In fact, the revolt of 1857 started with the same Indian sepoys after the rumor spread that the cartridges they were biting into before firing from their rifles were greased with beef tallow and pork lard. This simultaneously offended both Hindus and Muslims since cows are considered sacred in Hinduism while Islam prohibits pork consumption. Nonetheless, not just those affiliated with the army opposed British rule. Indian history is littered with several freedom fighters and rebels who fought for liberation in their own way. Apart from this, dacoits (outlaws) were common in India, even after the British Raj.

Despite the larger-than-life atmosphere of ‘Shamshera,’ it is undeniable that the movie takes inspiration from several actual events. While the exact story is not one you can find in the pages of history, most events and characters in the film have existed in India’s past in different forms. The period movie stitches together several well-known themes from India’s rule under the British Raj to present the viewers with the Karan Malhotra directorial. ‘Shamshera’ may not be historically accurate but certainly has several elements that the creators hoped would entice and entertain the viewers.